A volcano south of the Philippine capital Manila has spewed a giant ash plume, prompting the authorities to order the evacuation of about 8000 residents. 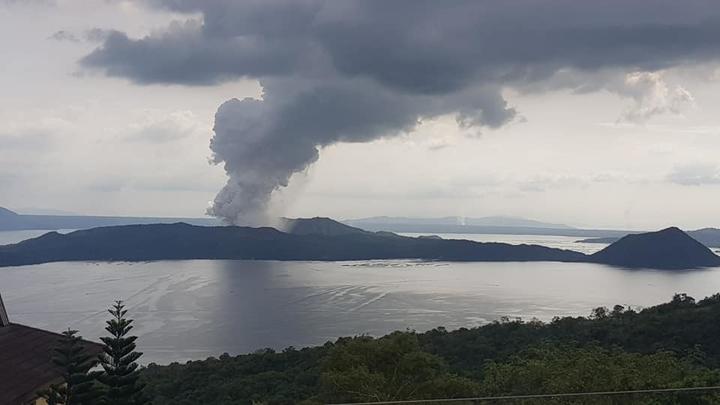 The Philippine Institute of Volcanology and Seismology has raised the alert at the Taal volcano to level 4, indicating magmatic unrest that could lead to a "hazardous explosive eruption in hours to days".

The highest alert is level 5, hoisted when a magmatic eruption is under way.

All arrivals and departures from Manila's international airport have been suspended, and schools in the region have cancelled classes.

The volcano sits in the middle of Taal lake south of the capital, and two nearby municipalities in Batangas province were the areas being evacuated.

The Philippines lies in what's known as the Pacific Ring of Fire, and last saw lava flows in 2018 from its most active volcano, Mayon.