A man convicted of 159 sex offences, including 136 rapes, will "never be safe to be released", a judge has said. 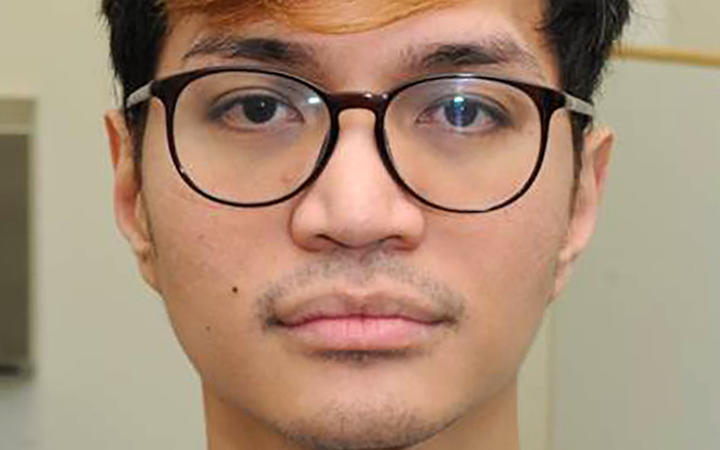 Reynhard Sinaga was found guilty of luring 48 men from outside Manchester clubs to his flat, where he drugged and assaulted them - filming the attacks.

Police say they have evidence Sinaga, 36, who is being named for the first time, targeted at least 190 victims.

The Crown Prosecution Service (CPS) said Sinaga was "the most prolific rapist in British legal history".

The judge ruled his life sentence must include a minimum of 30 years in jail.

Reporting restrictions were also lifted at a sentencing hearing at Manchester Crown Court today, meaning Sinaga could be identified for the first time.

The post-graduate student was already serving life, with a minimum term of 20 years, for the offences he was convicted of in two earlier trials, which took place in summer 2018 and last spring.

Across four separate trials, the Indonesian national was found guilty of 136 counts of rape, eight counts of attempted rape, 14 counts of sexual assault, and one count of assault by penetration, against a total of 48 victims.

At the hearing, Judge Suzanne Goddard QC said Sinaga was "an evil serial sexual predator who has preyed upon young men" who wanted "nothing more than a good night out with their friends".

"In my judgement you are a highly dangerous, cunning and deceitful individual who will never be safe to be released," she said - adding that the decision to release prisoners is made by the Parole Board.

Sinaga would wait for men leaving nightclubs and bars before leading them to his flat in Montana House, Princess Street, often with the offer of somewhere to have a drink or call a taxi.

He drugged his victims before assaulting them while they were unconscious. When the victims woke up many of them had no memory of what had happened.

The student, who denied the charges, had claimed all the sexual activity was consensual and that each man had agreed to being filmed while pretending to be asleep - a defence described by the judge as "ludicrous".

At an earlier sentencing, the judge said she was sure that Sinaga had used a form of date rape drug such as GHB.

Home Secretary Priti Patel said she was "deeply concerned" by the use of such a drug.

In victim impact statements read out in court, one victim said Sinaga had "destroyed a part of my life", while another said: "I hope he never comes out of prison and he rots in hell."

"I have periods where I can't get up and face the day," another added.

Several victims said the ordeal had had a serious impact on their mental health, with some developing suicidal thoughts.

Sinaga, who was studying for a PHD at the University of Leeds, carried out his attacks over several years.

The rapist was caught in June 2017 when one victim, who regained consciousness while being assaulted, fought Sinaga off and called the police.

When officers seized Sinaga's phone they found he had filmed each of his attacks - amounting to hundreds of hours of footage.

The discovery led to the launch of the largest rape inquiry in British history.

"We suspect he's offended over a period of 10 years," he said. "The information and evidence we are going from is largely from trophies that he's collected from the victims of his crimes."

Investigators traced dozens of victims from the videos using clues found in Sinaga's Manchester flat, such as stolen phones, ID cards and watches.

The University of Manchester, where Sinaga was previously a student, said some members of its community had been "directly affected" by the case and it had set up a dedicated confidential phone line to offer support.

A statement from Vice-Chancellor Dame Nancy Rothwell, said the news was "profoundly distressing" and her thoughts were with all those affected.

Judge Goddard said the "scale and enormity" of Sinaga's offending meant it was "accurate" for one of his victims to have described him as a monster.

She added that Sinaga had shown "not a jot of remorse" and at times appeared to be "actually enjoying the trial process".

Following the sentencing, Ian Rushton, from the CPS, said Sinaga was "the most prolific rapist in British legal history" and possibly "in the world".

"His extreme sense of sexual entitlement almost defies belief and he would no doubt still be adding to his staggering tally had he not been caught," he said.

He added that he thought Sinaga took "a particular pleasure in preying on heterosexual men".

Home Secretary Priti Patel said in response to Sinaga's "truly sickening crimes" she had asked an independent council to prioritise a review into whether controls for drugs like GHB were "tough enough".

GHB (gammahydroxybutyrate) is a class C drug. Anyone found in possession of it can be imprisoned for up to two years.

Detectives say they have been unable to identify 70 victims and are now appealing for anyone who believes they may been abused by Sinaga to come forward.

Sinaga's convictions relate to crimes he committed from January 2015 to June 2017, but police believe he began offending years earlier.

Greater Manchester Police said anyone who believes they might have been attacked by Sinaga can report information online or call its police line on 0800 092 0410 from inside the UK or 0207 158 0124 from abroad.