The United States suffered more mass killings in 2019 than any year on record, according to researchers. 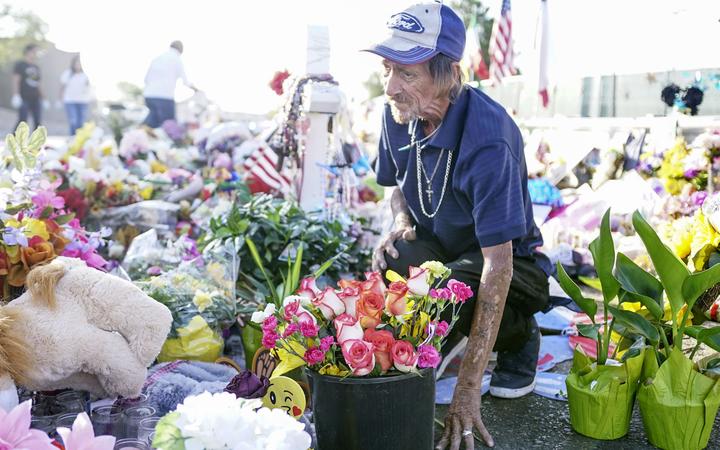 Antonio Basco, whose wife Margie Reckard was one of 22 people killed by a gunman at a local Walmart, lays flowers in her honour at a makeshift memorial near the scene in El Paso, Texas. Photo: AFP

A database compiled by the Associated Press (AP), USA Today and Northeastern University recorded 41 incidents and a total of 211 deaths.

Mass killings are defined as four or more people being killed in the same incident, excluding the perpetrator.

Among the deadliest in 2019 were the killings of 12 people in Virginia Beach in May and 22 in El Paso in August. 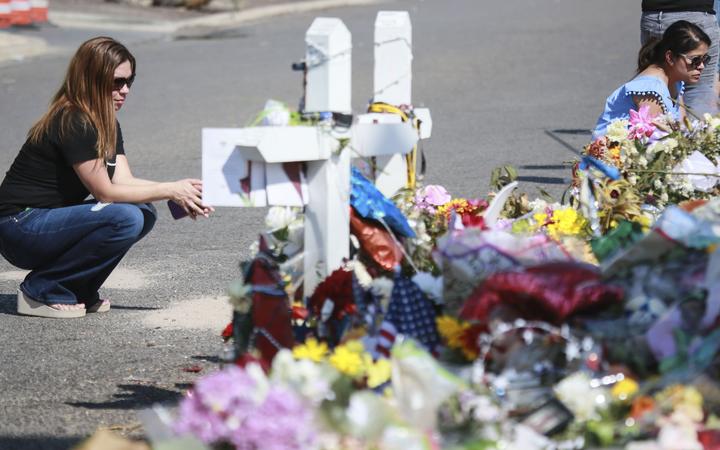 Of the 41 cases in 2019, 33 involved firearms, researchers said. California had the highest number of mass killings per state, with eight.

The database has been tracking mass killings in the US since 2006, but research going back to the 1970s did not reveal a year with more mass killings, AP reported.

The year with the second-highest number of mass killings was 2006, with 38.

Though 2019 had the highest number of incidents, the death toll of 211 was eclipsed by the 224 people who died in mass killings in 2017. That year saw the deadliest mass shooting in US history, when 59 people were gunned down at a festival in Las Vegas.

Many mass killings in the US fail to make headlines because they involve family disputes, drug deals or gang violence, and don't spill into public places, the researchers said.

The number of mass killings had risen despite the overall number of homicides going down, said James Densley, a criminologist and professor at Metropolitan State University in Minnesota.

"As a percentage of homicides, these mass killings are also accounting for more deaths," he told AP.

Densley said he believed the spike was partly a consequence of an "angry and frustrated time" in US society, but he added that crimes tended to occur in waves.

"This seems to be the age of mass shootings," he said.

Gun ownership rights are enshrined in the second amendment of the US constitution, and the spike in mass shootings has done little to push US lawmakers towards gun control reforms. 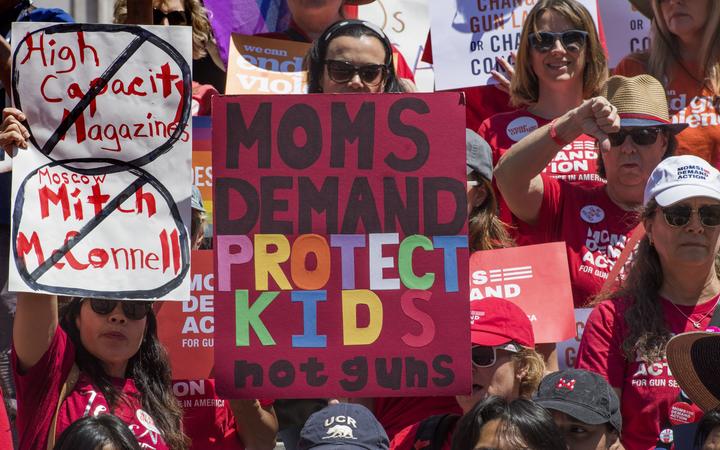 Trump backtracks after calling for better checks on gun owners

But Trump quietly rowed back on that pledge, reportedly after a long phone call with Wayne LaPierre, the chief executive of the National Rifle Association - a powerful lobby group which opposes gun control measures.

Speaking to reporters after the call, the president said the US had "very strong background checks right now", adding that mass shootings were a "mental problem".

Earlier this month, presidential candidate and former US vice-president Joe Biden used the seventh anniversary of the Sandy Hook school shooting to renew a call for tighter regulations. Biden's plans include a ban on the manufacture and sale of assault weapons and mandatory background checks for all gun sales.

Another Democratic presidential hopeful, Elizabeth Warren, outlined plans earlier this year to reduce gun deaths by 80 percent with a mixture of legislation and executive action. Warren has also called for stronger background checks, as well as the ability to revoke licences for gun dealers who break the law. 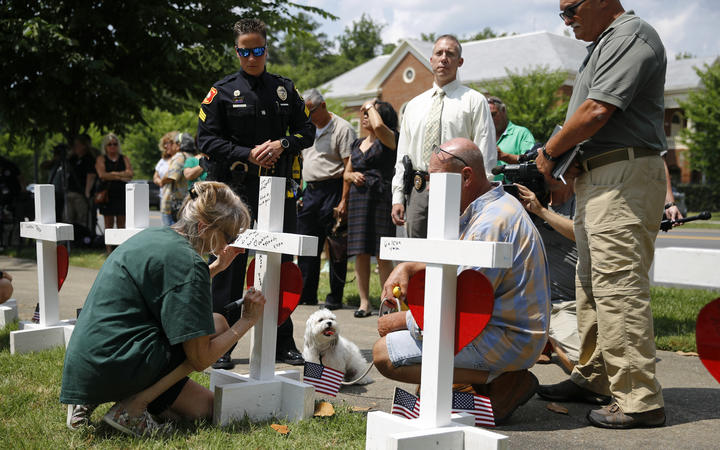 A mourner leaves a message on a makeshift cross after 12 people were killed by a gunman in Virginia Beach in May. Photo: AP / Patrick Semansky