At least 76 people have been killed by a vehicle bomb detonated during morning rush hour in Somalia's capital. 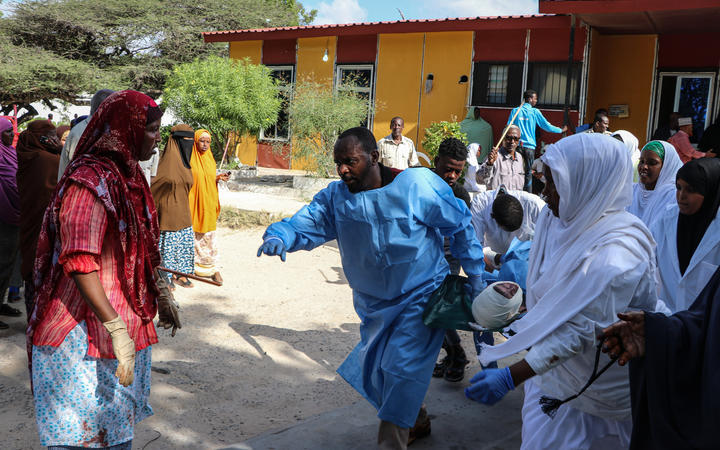 The blast took place at a checkpoint at a busy intersection in Mogadishu. More than 90 people were also injured.

No group has yet claimed responsibility for the bomb but al-Shabab militants have often carried out attacks there.

President Mohammed Abdullahi Farmaajo said its aim was to demoralise the Somali people, but that jihadists would never stop the country rebuilding.

Al-Shabab - a group of Islamist militants, allied to Al-Qaeda - has waged an insurgency for more than 10 years. It was forced out of the capital in 2011 but still controls areas of the country.

Witnesses described carnage at the scene.

"All I could see was scattered dead bodies ... amid the blast and some of them burned beyond recognition," said Sakariye Abdukadir, who was close to the blast.

One Somali MP, Mohamed Abdirizak, put the death toll at more than 90, although the information he said he had received has not been independently confirmed.

"May Allah have mercy on the victims of this barbaric attack," the former internal security minister added.

Many of the dead are reportedly university students. 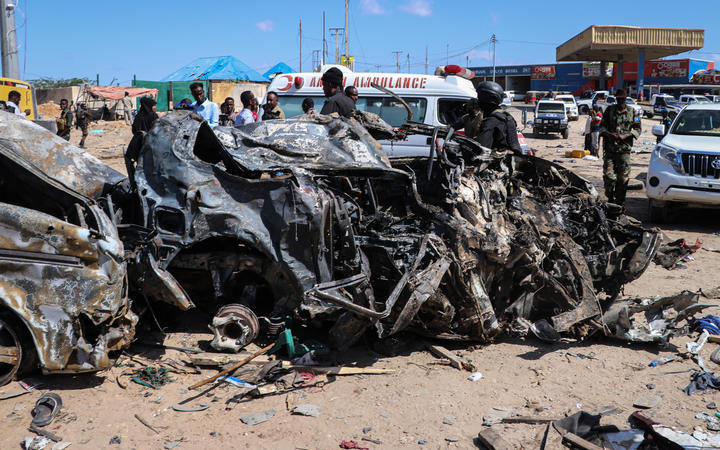 The wreckage of a car that was destroyed during the car bomb attack is seen in Mogadishu. Photo: AFP or licensor

Three witnesses told Reuters the blast had taken place next to a small group of Turkish engineers who were constructing a road.

Many of the dead were "students with ambition, and hardworking men and women", he wrote.

Turkey has been a major donor to Somalia since a famine in 2011.

"This enemy works to implement the destructive will of international terrorism, they have never done anything positive for this our country, they have not constructed a road, never built hospitals and not education centres as well," he was quoted as saying by the Somalia national news agency Sonna.

"All they do is destruction and killing and the Somali public are well informed about this."

Five people were killed earlier this month when al-Shabab attacked a Mogadishu hotel popular with politicians, diplomats and military officers.