Christmas turned to chaos for many holidaymakers in the Philippines as a typhoon with strong winds and heavy rains destroyed homes, cut off power and stranded travellers, disaster officials say. 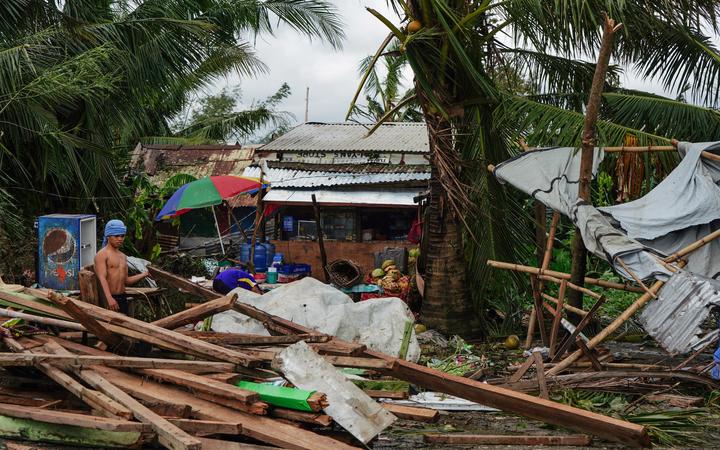 A resident looks at a house damaged at the height of Typhoon Phanfone in Tacloban, Leyte province in the central Philippines on December 25, 2019. Photo: Bobbie Alota / AFP

Typhoon Phanfone, rated category 2 by Tropical Storm Risk, was packing maximum sustained winds of 120km/h with gusts up to 150km/h when it made landfall in the eastern province of Samar on Tuesday, weather and disaster officials said.

More than 4000 people have been evacuated in the Eastern Visayas region of the central Philippines, disaster officials said, although no deaths have been reported.

"The aftermath of course made us sad because it's Christmas Day, but it doesn't feel like Christmas, but we're blessed to be safe...no major devastation or casualties reported," he said. 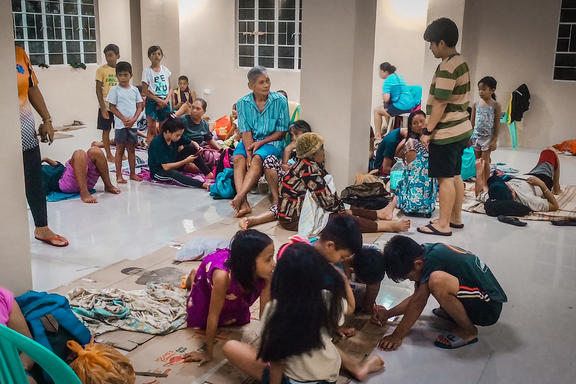 More than 20,000 passengers and 157 vessels were stranded in ports on Wednesday, and at least 60 domestic flights have been cancelled. Local media reported that 100 homes in the path of the storm were destroyed overnight.

An average of 20 typhoons cross the Philippines each year, with storms becoming fiercer in recent years.

More than 6000 people died and 200,000 homes destroyed when Typhoon Haiyan, the strongest-ever storm to make landfall in the Philippines, hit the central islands of Leyte and Samar six years ago.

Phanfone, which gained strength as it barrelled through the central region, is expected to exit the country on Thursday.