NSW fire crews are making the most of cooler weather to assess the damage from the weekend's blazes - before higher temperatures kick in at the weekend. 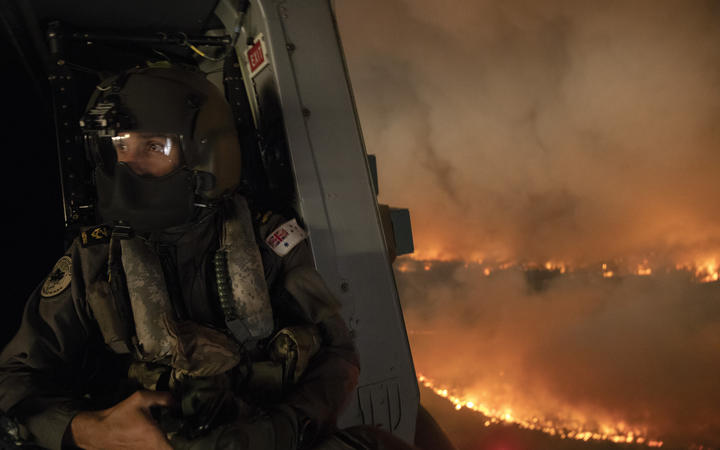 The rural fire service (RFS) said work could include back-burning across the very large firegrounds, such as around the Gospers Mountain, Grose Valley and Kerry Ridge blazes in the Blue Mountains region and the Green Wattle Creek, Forest Road and Currowan fires around Shoalhaven.

Weather conditions are expected to be less intense over the week, with increased humidity easing conditions across the firegrounds, but temperatures are predicted to increase tomorrow and into the weekend, the ABC reports.

At least 20 structures are believed to have been destroyed in the small village of Balmoral in the Southern Highlands, a location devastated by the Green Wattle Creek fire.

The village has about 400 residents and 150 homes. Balmoral Rural Fire Brigade captain Brendan O'Connor said at least 95 per cent of people left before Saturday's firestorm hit.

"There was enough evidence there that we were in a for a hell of a time and unfortunately that's what we did end up with," he told the ABC.

The Australian Defence Force (ADF) continues to bolster firefighting efforts nationwide, helping evacuate homes and contributing to aerial planning and checking on homes cut off by blazes and transporting firefighters. It is also providing 250 firefighters with three meals a day in the Northern Rivers region.

A large aerial tanker and spotter aircraft have been operating out of RAAF Base Richmond.

Elsewhere, the naval base HMAS Albatross at Nowra has been assisting with water refuelling and fire retardant loading of aircraft on the South Coast. 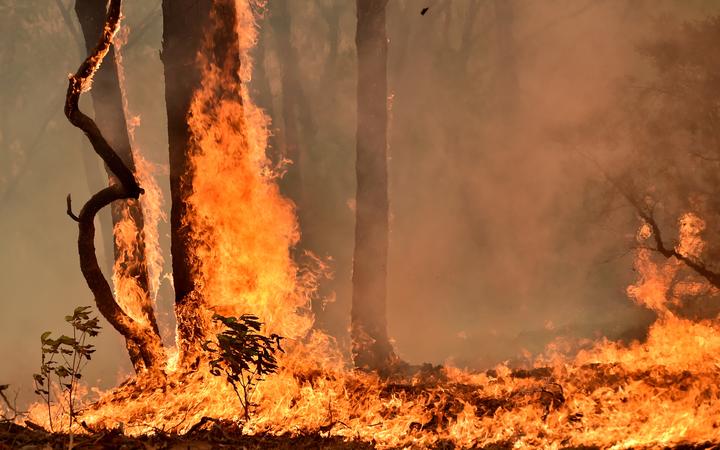 A bushfire burns on a property in Balmoral, southwest of Sydney, 19 December. Photo: AFP

David Bowman, professor of pyrogeography and fire science at the University of Tasmania, told RNZ's Nine to Noon Australia was in the midst of a "torrent of major fire events".

"Unusual fire behaviours, extraordinary smoke pollution and long duration, all stemming back to a common cause of anomolous climate conditions.

"Clearly it goes back to climate and climate change ... but there are other many factors as well to make this more complicated than than simply climate change.

"But climate change is the accelerant.

"The volatility in the community, and the fact that there's no end to this story is really giving politicians a headache because it's just a story ithat isn't going to quickly resolve itself so we're in new terrain.