US President Donald Trump has demanded an immediate impeachment trial in the Senate, amid an impasse among Democrats and Republicans over when it may start. 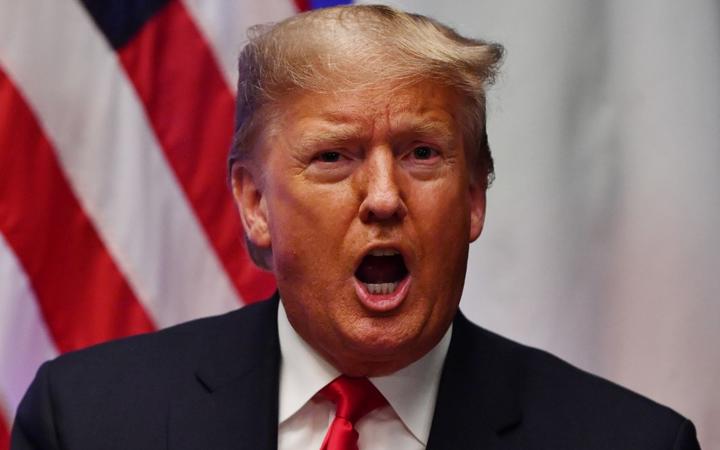 On Wednesday, the House impeached Mr Trump on charges of abuse of power and obstruction of Congress.

But Democrats have yet to embark on the next stage, arguing the Republican-controlled Senate is refusing witnesses and will not hold a fair trial.

The Senate's numbers mean Mr Trump is almost certain to be acquitted.

The impeachment process - only the fourth time it has happened in US history - has been a bitter partisan fight dividing Washington. The House impeachment vote earlier this week split almost totally along party lines.

The two charges passed on Wednesday follow accusations that Mr Trump pressured Ukraine to dig up damaging information on Democratic rival Joe Biden and his son Hunter, and then refused to co-operate with a congressional inquiry into the matter.

In a series of tweets, the president accused the Democrats of not wanting to go to trial because their "case is so bad".

He tweeted: "So after the Democrats gave me no Due Process in the House, no lawyers, no witnesses, no nothing, they now want to tell the Senate how to run their trial. Actually, they have zero proof of anything, they will never even show up. They want out. I want an immediate trial!"

The president said the Democrats did not want Congressman Adam Schiff, who led the impeachment process, the Bidens and a CIA whistleblower who sparked the inquiry to testify.

The Democrats have argued that it is Mr Trump's Republicans who are balking at the appearance of witnesses. The House did also invite the president to testify before its investigators but he declined to do so.

Why is there deadlock over the start of the trial?

To start the next stage, the Democrat-controlled House must send the articles of impeachment to the Senate.

But House Speaker Nancy Pelosi is refusing to do so until the rules of the Senate trial are acceptable to the Democrats. 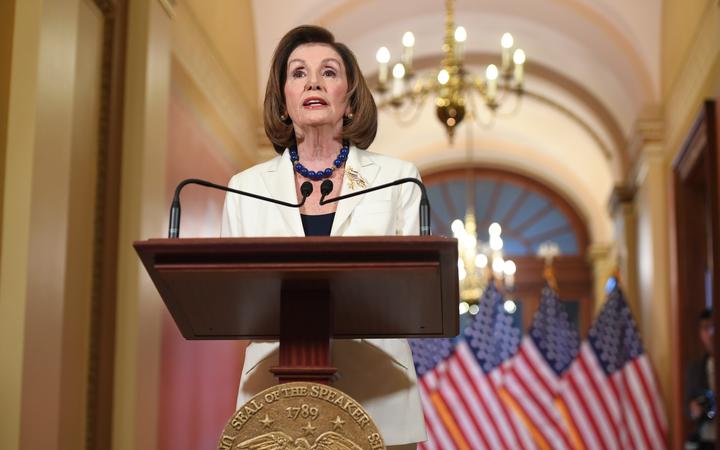 US Speaker of the House Nancy Pelosi speaks about the impeachment inquiry earlier in December. Photo: AFP

The Senate's Republican leader, Mitch McConnell, will determine the terms of the trial and the Democrats want him to provide details on which witnesses and what testimony will be allowed.

He has so far refused to do so. "We remain at an impasse," he said, after a brief meeting with the Democrats' Senate minority leader, Chuck Schumer.

Mr McConnell leads the majority in the Senate, with 53 Republicans in the 100-seat chamber. Convicting Mr Trump would require two-thirds of the Senate to vote in favour.

Mr McConnell has called the impeachment process the "most rushed, least thorough and most unfair" in history.

The Democrats hope the delay will both move public opinion in favour of a fuller trial and deny Mr Trump - only the third US president to be impeached - a swift acquittal.

The Democrats want at least four current and former White House aides with knowledge of the Ukraine affair to testify.

They say the trial has to be fair, with senators acting as impartial jurors, and that Mr McConnell's comments show he has no plans to do this. He earlier said Republican senators would act in "total co-ordination" with the president's team.

What is the president accused of?

He is accused of having withheld $US400m of military aid to Ukraine already allocated by Congress, and a White House meeting for Ukraine's new president, until Ukraine looked into potentially damaging material on Joe and Hunter Biden.

Hunter worked for a Ukrainian company when Joe Biden was US vice-president.

The Democrats say this amounts to an abuse of presidential power, using the office for personal political gain and to the detriment of national security.

Mr Trump is also accused of obstructing Congress by refusing to co-operate with the congressional inquiry.