Democrats in the US House of Representatives have taken Republican President Donald Trump to the brink of impeachment by approving two charges against him over his efforts to pressure Ukraine to investigate Democratic political rival Joe Biden. 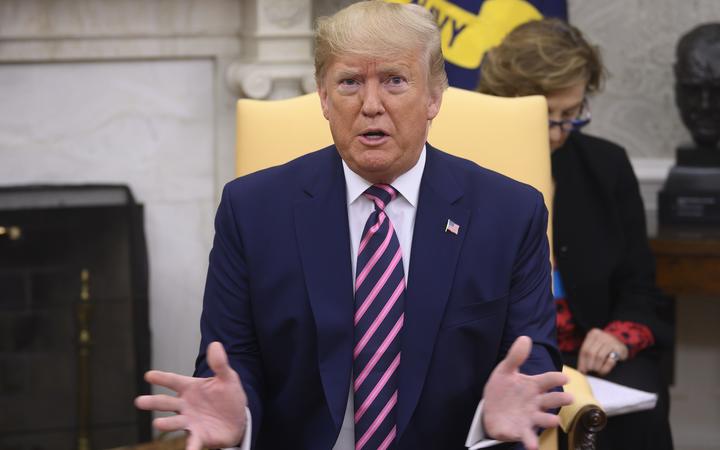 US President Donald Trump told media at the White House he is open to either a short or a long trial in the Senate over his impeachment. He believes a long trial with several witnesses will help the Republicans in next year's election campaign. Photo: AFP

A badly divided House Judiciary Committee voted 23-17 along party lines to approve articles of impeachment charging Trump with both abusing the power of his office over the Ukraine scandal and obstructing House Democrats' attempts to investigate him for it.

Trump is expected to become the third US president to be impeached when the full Democratic-led House votes on the charges, likely next week, setting up a trial in the Republican-controlled Senate. The Republicans have shown no signs of wanting to remove Trump from office.

In congressional hearings that have gripped Washington, Democrats have accused the president of endangering the US Constitution, jeopardising national security and undermining the integrity of the 2020 election by asking Ukrainian President Volodymyr Zelenskiy in a July phone call to investigate Biden.

"Today is a solemn and sad day," said Representative Jerrold Nadler, the committee's Democratic chairman. "For the third time in a little over a century and a half, the House Judiciary Committee has voted articles of impeachment against the president." 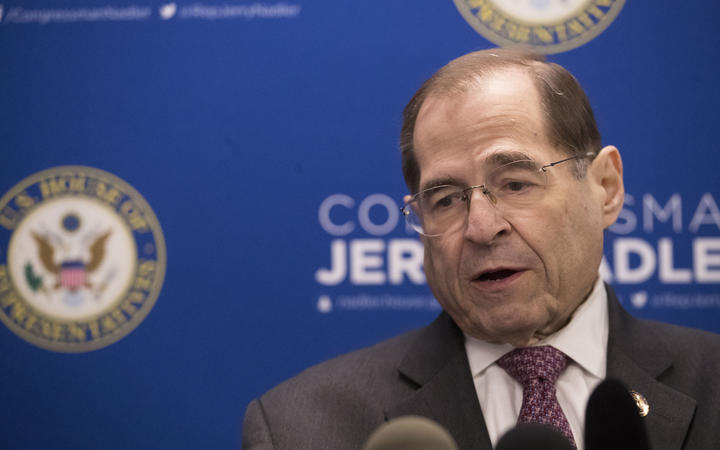 Jerrold Nadler, the Judiciary Committee's Democratic chairman, says it is sad that for the third time in 150 years a US president is set to be impeached. Photo: AP

Republicans have defended Trump and accused Democrats of a politically motivated farce aimed at overturning his surprise 2016 presidential election victory.

"Impeachment is a hoax. It's a sham," Trump told reporters at the White House after the committee's vote. "There was nothing done wrong. To use the power of impeachment for this nonsense is an embarrassment to this country."

If impeached, Trump will go on trial in the Senate in January just as the 2020 presidential campaign begins to pick up speed.

Biden, a former US vice president, is a leading Democratic candidate to face Trump in the 3 November election. Trump has alleged that Biden was involved in corruption in Ukraine and should be investigated by authorities there, but the president has offered no evidence. Biden has denied any wrongdoing.

Vote after midweek debate on charges

The abuse of power charge also accuses Trump of freezing nearly $US400 million in security aid to Ukraine and offering a possible White House meeting to Zelenskiy to get him to publicly announce investigations of Biden and his son Hunter, who was on the board of a Ukrainian gas company.

Trump also asked Ukraine to investigate a debunked theory that Ukraine, not Russia, interfered in the 2016 US election.

The obstruction charge against Trump is based on his directives to current and former administration officials such as Secretary of State Mike Pompeo not to co-operate with the impeachment inquiry, even if that meant defying subpoenas.

A senior Democratic aide said the tentative plans are for a debate on Wednesday on the floor of the House followed by a vote the same day on whether to approve the articles of impeachment and send Trump for trial.

Republicans say the president did nothing improper in his call with Zelenskiy, and that there is no direct evidence he withheld aid or offered a White House meeting in exchange for a favour. Democrats say Trump stopped top aides from testifying.

Signalling investors' lack of concern at the upheaval, US stocks hit fresh record highs on Friday on optimism over a possible trade deal between China and the United States before paring gains.

Trump is running for re-election in 2020 in what is expected to be a bitter contest with the Democratic nominee.

No US president has been removed as a direct result of impeachment. Republican Richard Nixon resigned before he could be impeached for the Watergate scandal, and Democrats Andrew Johnson and Bill Clinton were impeached by the House but not convicted by the Senate.

Twenty Republican senators would have to join all 45 Democrats and two independents who caucus with the Democrats to vote to oust Trump from office.

The trial would be presided over by US Chief Justice John Roberts. The length of the proceedings would depend on whether witnesses were called, a decision that is up to a majority vote in the chamber.

Trump has signalled an interest in calling many witnesses, including Biden and Democratic House Speaker Nancy Pelosi, believing a big trial would be good for Republicans.

A lengthy trial would eat up weeks of time ahead of the first Democratic presidential nominating contests in Iowa and New Hampshire in early February.

Influential Republican senators have said they want to keep any trial as short as possible.

"This needs to come to a quick end," Senate Judiciary Committee chairman Lindsey Graham, a Republican who is a staunch defender of Trump, wrote on Twitter. 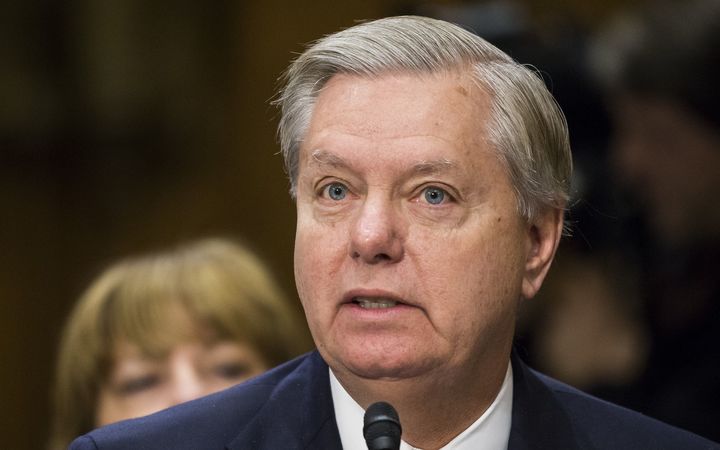 Trump said on Friday he was open to either a short or long process in the Senate.

"I wouldn't mind a long process, because I'd like to see the whistleblower, who's a fraud," Trump said, referring to the anonymous intelligence official who set off the House impeachment investigation by raising a flag about Trump's call with Zelenskiy in a whistleblower complaint.

A Democratic lawmaker called on Senate Majority Leader Mitch McConnell, a Republican, to recuse himself from the trial after he said on Thursday he was coordinating his approach with the White House counsel.

"He has effectively promised to let President Trump manage his own impeachment trial. The Senator must withdraw," Representative Val Demings said in a statement.