The impeachment report released on Tuesday included surprises - a mention of possible prison time and mysterious telephone records among them - in addition to the expected summary of the Democratic-led inquiry into US President Donald Trump. 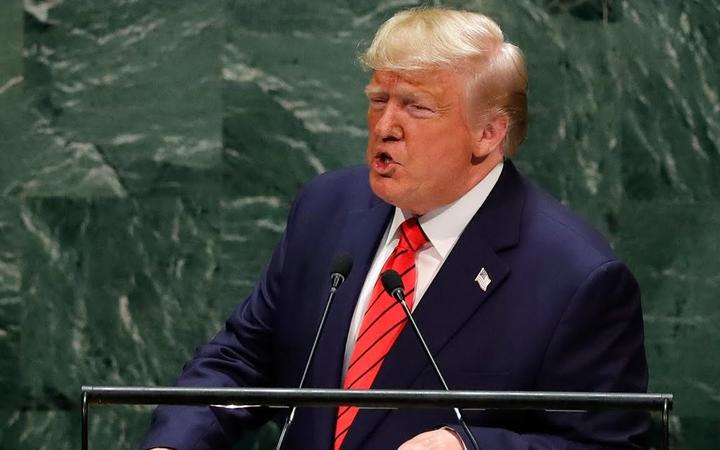 Here is a look at some of the unexpected information in the 300-page report released by the US House of Representatives' Intelligence Committee.

The report accuses Mr Trump of abusing his power and obstructing the congressional investigation. It also suggests that other senior administration officials may have been involved.

Mr Trump's closest subordinates and advisors, including Acting Chief of Staff Mick Mulvaney, Secretary of State Mike Pompeo, and Secretary of Energy Rick Perry "had knowledge of, in some cases facilitated and furthered the President's scheme, and withheld information about the scheme from the Congress and the American public," the report said.

Mr Trump and his closest advisors have denied wrongdoing, dismissing the investigation as a "hoax."

Mr Parnas has pleaded not guilty. He "remains committed to providing testimony to Congress about the substance of the phone calls that have been identified," his lawyer said on Tuesday.

Mr Nunes' office did not respond to a request for comment.

Schiff declined to comment specifically on Mr Nunes, but told a news conference: "It is I think deeply concerning that at a time when the president of the United States was using the power of his office to dig up dirt on a political rival, that there may be evidence that there were members of Congress complicit in that activity."

The report accused Mr Trump of intimidating and threatening witnesses, as well as instructing witnesses and government agencies to ignore subpoenas to testify in the impeachment inquiry.

"It is a federal crime to intimidate or seek to intimidate any witness appearing before Congress," the report said. "This prohibition applies to anyone who knowing 'uses intimidation, threatens, or corruptly persuades' another person in order to 'influence, delay, or prevent the testimony of any person in an official proceeding.'"

Violations of that law can carry a criminal sentence of up to 20 years in prison, the report notes.

The Department of Justice has a long-standing policy that a sitting president cannot be indicted.

The report cited dozens of records of contact between Mr Giuliani, his associates, Mr Nunes, and the White House's Office of Management and Budget.

A spokesman for AT&T said that, like all companies, "We are required by law to provide information to government and law enforcement agencies. In all cases, we ensure that requests for assistance are valid and that we act in compliance with the law."