Swedish activist Greta Thunberg, the 16-year-old who inspired millions of young people to take action against climate change, has been named Time magazine's Person of the Year for 2019. 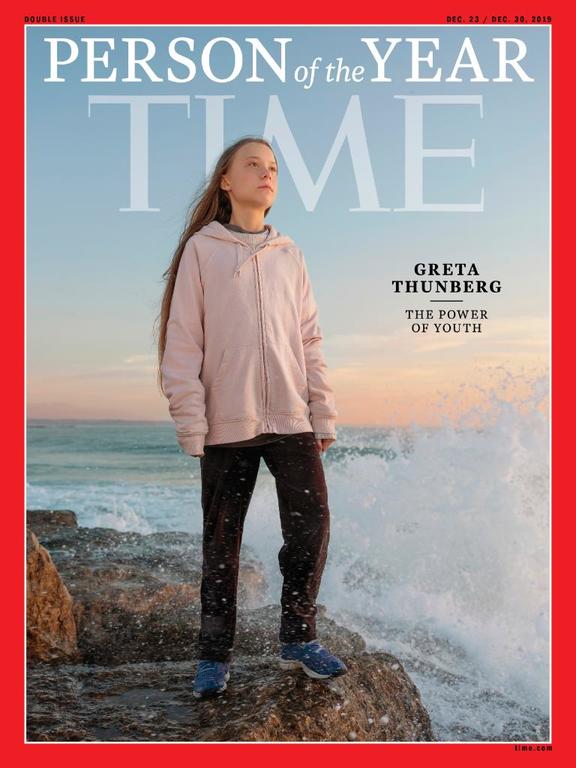 Thunberg launched a grassroots campaign aged 15 by skipping school every Friday to demonstrate outside Swedish parliament, pushing for her government to meet its ambitious goals to curb carbon emissions.

Her actions quickly captured people's imagination, and in September this year millions of people took to the streets in cities across the world to support her cause.

"In the 16 months since (her protests began), she has addressed heads of state at the UN, met with the Pope, sparred with the President of the United States and inspired 4 million people to join the global climate strike," the magazine said.

She is the youngest individual to have won the accolade.

"Margaret Atwood compared her to Joan of Arc. After noticing a hundredfold increase in its usage, lexicographers at Collins Dictionary named Thunberg's pioneering idea, climate strike, the word of the year," Time added.

Thunberg, who turns 17 in January, is currently in Madrid at a United Nations climate summit where world leaders are wrangling over how to implement a 2015 Paris agreement designed to avert potentially catastrophic global warming.

She was typically blunt in her assessment of politicians' efforts.

"It seems to have turned into some kind of opportunity for countries to negotiate loopholes and to avoid raising their ambition," she said on stage, drawing applause from an audience that included dozens of her supporters.

"I'm sure that if people heard what was going on and what was said ... during these meetings, they would be outraged." 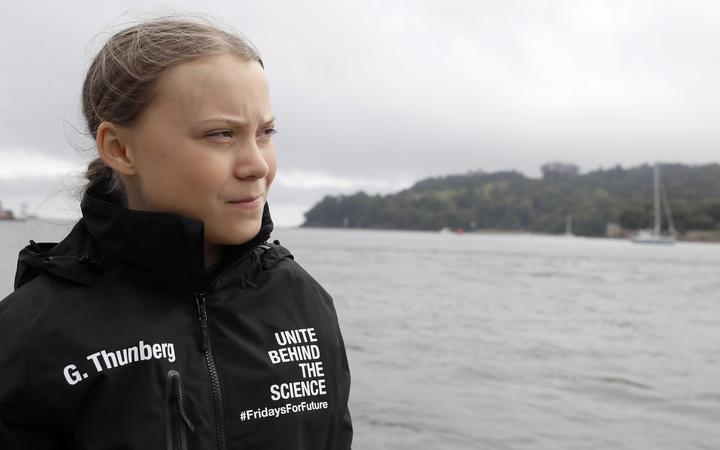 Former US Vice President Al Gore, a longtime environmentalist, said the magazine made a "brilliant choice" in choosing the reluctant celebrity.

"Greta embodies the moral authority of the youth activist movement demanding that we act immediately to solve the climate crisis. She is an inspiration to me and to people across the world," Gore said.

Thunberg, who said her Asperger's syndrome can be an advantage in her campaigning, sailed across the Atlantic Ocean for 20 days to get to the Madrid event in order to avoid travelling by air.

"Flight-shaming" has gained momentum, especially in Europe, where some travellers concerned about the environmental impact of flying are seeking alternative forms of transport.

Thunberg's uncompromising stance has brought her into confrontation with some of the world's most powerful people.

A video of her giving US President Donald Trump what media described as a "death stare" at a UN climate summit in New York in September went viral on social media.

Trump has questioned climate science and has challenged every major US regulation aimed at combating climate change.

During a speech at around the same time, she bristled with anger.

"This is all wrong. I shouldn't be up here. I should be back in school on the other side of the ocean, yet you all come to us young people for hope. How dare you?" she told delegates.

"You have stolen my dreams and my childhood with your empty words."

Brazilian President Jair Bolsonaro this week called Thunberg a "brat" after she criticised mounting violence against indigenous people in which two Amazon tribesmen were shot dead.

The activist retorted by changing the biographical description on her Twitter account to "Pirralha," the Portuguese word Bolsonaro used to insult her.

August 26, 2018: She is joined by fellow students, teachers and parents at another protest and begins attracting media attention for her climate campaign.

September 2018: Thunberg begins a regular 'strike' from classes every Friday to protest climate issues. She invites other students to join her weekly "Fridays for Future" campaign by staging walkouts at their own schools.

March 2019: Thunberg is nominated for a Nobel Peace Prize. The number of students taking part in school strikes hits more than 2 million people across 135 countries.

May 2019: Thunberg is named one of the world's most influential people by Time magazine, appearing on its cover. "Now I am speaking to the whole world," she wrote on Twitter.

July 2019: Conservative and far-right lawmakers urge a boycott of Thunberg's appearance in the French parliament, mocking her as a "guru of the apocalypse" and a "Nobel prize of fear".

August 5, 2019: Some 450 young climate activists from 37 European countries gather in Switzerland to discuss the movement's development.

August 2019: Thunberg, who refuses to fly, sails from Britain to the United States in a zero-emissions boat to take part in a UN climate summit. Meanwhile, the number of climate strikers reaches 3.6 million people across 169 countries.

September 23, 2019: Thunberg delivers a blistering speech to leaders at the UN summit, accusing them of having "stolen my dreams and my childhood with your empty words".

September 25, 2019: Thunberg is named as one of four winners of the 2019 Right Livelihood Award, known as Sweden's alternative Nobel Prize.

October 4, 2019: Thunberg denounces the New York climate talks as "a failure" but urges supporters to keep pushing for change at a climate strike in Iowa.

October 11, 2019: Despite being bookies' favourite to win, Thunberg misses out of the Nobel Peace Prize which goes to Ethiopian Prime Minister Abiy Ahmed.

November 2019: Caught out by a last-minute switch of location for UN climate talks from Chile to Spain, Thunberg hitches a ride on a catamaran boat crossing back to Europe.

December 11, 2019: Thunberg denounces "clever accounting and creative PR" to mask a lack of real action on climate change in a speech at the UN COP25 summit as the 16-year-old became the youngest individual to be Time Magazine's Person of the Year.