A surprise drop in coal use in the United States and Europe has helped to slow the growth of global carbon dioxide emissions this year, with softening demand in China and India also contributing, according to a study published on Wednesday. 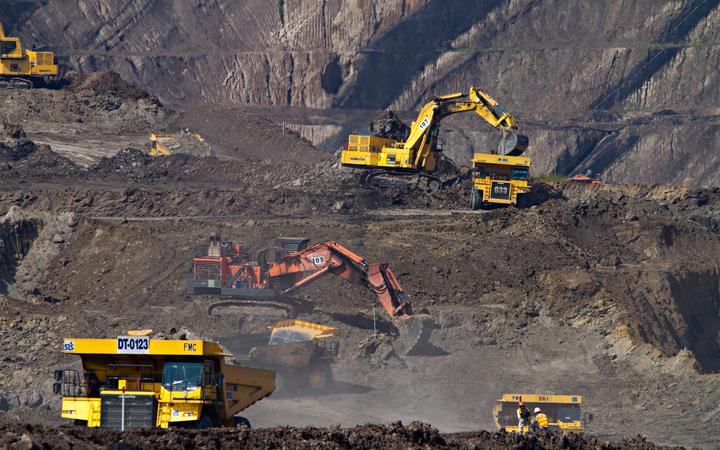 Excavators and trucks at a coal mine in South Kalimantan, Indonesia. A drop in coal use has helped to slow the growth of global carbon dioxide emissions. Photo: Unsplash / Dominik Vanyi

The report, launched at a UN climate summit in Madrid, showed that growing appetite for oil and gas meant the world was still far from achieving the drastic reductions in greenhouse gas emissions needed to avert catastrophic global warming.

Nevertheless, coal use fell sharply in the United States and Europe, helping slow the projected growth in carbon dioxide emissions to 0.6% in 2019 compared with 2.1% the previous year.

Slower growth in demand in China, which burns half the world's coal, and India, combined with overall weaker economic growth, also helped slow the upward march of emissions, said the report, known as the Global Carbon Budget 2019.

"The weak growth in carbon dioxide emissions in 2019 is due to an unexpected decline in global coal use, but this drop is insufficient to overcome the robust growth in natural gas and oil consumption," said Glen Peters, research director at Oslo-based climate research centre CICERO.

Peters added that global C02 emissions from fossil fuels were likely to be more than 4 percent higher in 2019 than in 2015, the year when the Paris Agreement to tackle climate change was adopted.

Published by the Global Carbon Project research group in several academic journals, including Nature Climate Change, the report represents the first full-year estimate of the increase in carbon dioxide emissions in 2019.

The authors said that recent growth in renewable energy and electric vehicles had served - at best - to merely slow the growth in fossil fuel emissions, which must fall rapidly if the world is to meet temperature goals in the Paris accord.

The study also estimated that emissions from forest fires and other land-use changes rose in 2019 to 6 billion tonnes of CO2, about 0.8 billion tonnes more than the previous year, driven partly by fires in the Amazon and Indonesia.

"The small slowdown this year is really nothing to be overly enthusiastic about," Rogelj said. "If no structural change underlies this slowdown than science tells us that emissions will simply gradually continue to increase on average."