Typhoon Kammuri has made landfall in the central Philippines, at the southern end of Luzon island. 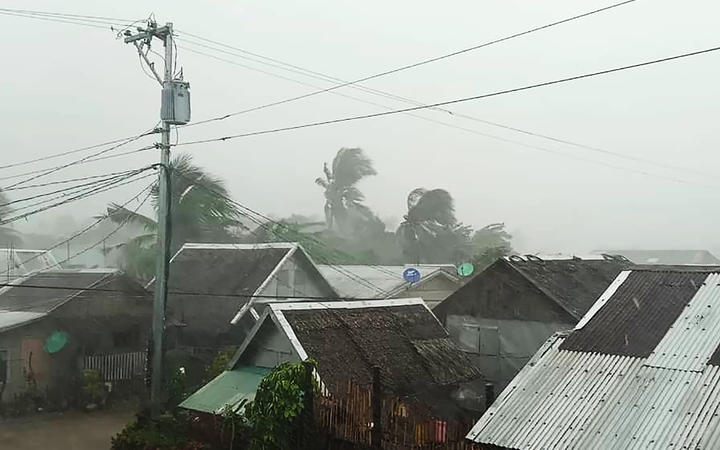 Some 200,000 residents have been evacuated from coastal and mountainous areas over fears of flooding, storm surges and landslides.

Operations at Manila international airport were suspended for 12 hours from 11am (local time) on Tuesday.

Some events at the Southeast Asian Games, which opened on Saturday, have been cancelled or re-scheduled.

The storm, which made landfall in Sorsogon province, is said to have sustained winds of up to 155km/h with gusts of up to 235km/h.

Storm surges of up to three metres are expected, the weather service said.

Tens of thousands had already fled their homes in the east of the country, where the typhoon was expected to hit first.

But some decided to stay despite the storm's impending arrival.

"The wind is howling. Roofs are being torn off and I saw one roof flying," Gladys Castillo Vidal told AFP news agency.

"We decided to stay because our house is a two-storey made of concrete... hopefully it can withstand the storm."

Organisers of the Southeast Asian Games have suspended some competitions, including windsurfing, adding that other events would be delayed if necessary.

But there is no plan to extend the games, which are due to end on 11 December.

Dozens of flights have been cancelled or diverted and schools in affected provinces were closed, the AP news agency reports.

The country is hit by an average of 20 typhoons each year.