By Laura Bicker of the BBC 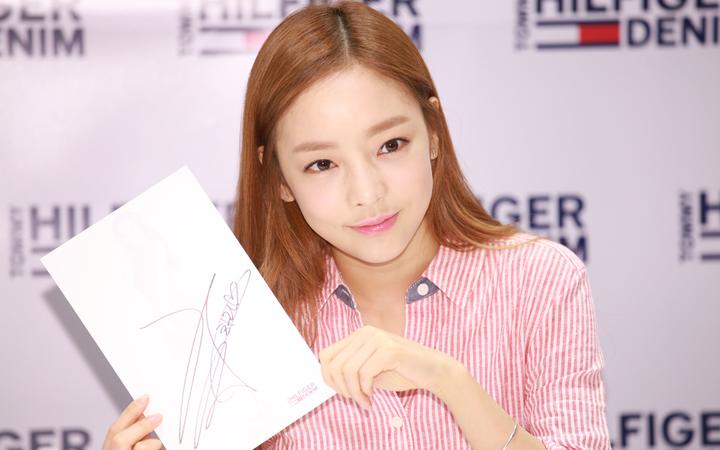 "I feel like he's still watching me," Eun-ju Lee told her dad.

It was around 1am, and she had called her dad yet again after waking in terror from another nightmare.

A few days later she would take her own life.

Eun-ju, not her real name, was a victim of South Korea's so called spy camera epidemic. Her colleague at a major hospital in the south of the country had drilled a hole to place a tiny camera in one of the ladies changing rooms. When he was caught upskirting a woman, police seized his phone and found illicit footage of four victims.

Her parents played me a phone call Eun-ju had made in her final days, which they believe shows the effect this had on their daughter's mental health.

She had accidentally run into the culprit on her way to the hospital. In a panic she phoned the hospital's union representative who taped the call. She appears unable to breathe and her voice is barely audible.

Her fear is palpable.

"I just can't. I can't. I'm afraid I will run into him again," she manages to say before handing the phone to another nurse.

The encounter, her parents say, caused such anguish that it made her feel she would never be free of the perpetrator.

"You can kill someone without using weapons," her father told me. "The weight of the harm caused might be the same, but the effect can differ for each person - some might be able to pull through, others like my daughter might not be able to.

"The perpetrator knew a lot of the same people my daughter knew. So what she feared the most was [that] maybe he shared the video with people she knew. Even if he didn't share it online maybe he would have showed it to other people. She was really afraid of that."

Earlier this month the man, whom cannot be named for legal reasons, was sent to prison for ten months. Prosecutors had asked for a two year sentence. The maximum penalty for illegal filming is five years.

Eun-ju's parents have decided to appeal against the decision.

"People don't take it seriously," Mr Lee told me. "The sentencing is so light."

"Even two years would have been so little," said Mrs Lee. "Now, as a parent of someone who's been a victim of it, ten months is not enough."

'They don't take it seriously'

Tens of thousands of women agree. They've signed an online petition for the attention of the presidential office in Seoul calling for tougher sentences for those convicted of sex crimes - the majority of which in South Korea involve illicit filming.

This week the cry for harsher penalties turned into an outright roar after the suspected suicide of K-pop star Goo Hara.

Goo Hara was K-pop royalty. She was one of the country's most prominent female stars who rose to fame in the all-female group Kara. But the last year of her career was overshadowed by events off the stage.

In September last year she filed a lawsuit against her ex-boyfriend Choi Jong-bum after she claimed he threatened to damage her career by exposing a video of the couple having sex.

In August this year the court found Mr Choi guilty of assault causing bodily harm, intimidation, coercion and destruction and damage of property. His sentence of one year and six months was suspended.

The court agreed that the filming was done without her consent, but because she remained in the relationship they found him not guilty of illicit filming. Both Mr Choi and Goo Hara were appealing against that decision. Mr Choi continues to deny the charges.

However, Goo Hara's fans believe she was let down by the courts.

"We might be too late to save Hara, but we can at least help bring justice for her & all the abused women out there. Use the hashtag: #최종범_처벌 [punish Choi]," wrote @bpteaparty.

"I'm so heartbroken and mad that she [Hara] had to suffer through so much in this life. The fact that he is not in jail is a crime in itself. #RIPGooHara #최종범_처벌," wrote @elizabethashw12.

That spy cams are a massive problem in South Korea is far from news - there have been more than 11,200 spy camera cases reported to police in the last two years.

Digital sex crime campaigners believe there may be a lot more who were too fearful to go to the police. Most of those found guilty receive a fine.

"I told the waiter that she is too drunk, and he said: 'She's not drunk. She won't remember a thing so you can do whatever you want.'

Lawyer Ahn Seo-yeon told the BBC that the sheer number of trials means the court reserves harsher punishments for what it deems to be the most serious cases.

"Serving as a public defender, I was shocked to realise how widespread the spy cams are on the road, subways, parks, just everywhere in every corner of our society.

"Yes, we are in a male-oriented court system to start with," says Miss Ahn, but she adds: "It is in the process of changing."

Being filmed secretly by someone you know can cause "serious trauma" according to the director of the Korean Suicide Prevention Centre.

"Spy camera crimes are a form of sexual violence and a serious violation of personal information and privacy," Paik Jong-Woo said.

"We should never have a society where the victim becomes a casualty."

He urges all those who know a spy camera victim to look out for them.

The Korean Women's Development Institute interviewed more than 2,000 victims of illegal filming and other sexual crimes. Among them, 23 percent considered taking their own life, 16 percent even planned their suicide and 23 women actually attempted suicide.

"A victim needs support and needs to be healed," said Mr Paik.

"Giving the appropriate amount of punishment to the perpetrator of a crime is the basis of a healthy society that respects life."

South Korea's Justice Ministry told the BBC that they have adjusted the law in the wake of Goo Hara's case and called on prosecutors to push for the maximum sentence in the most serious cases. But, they say, this is a matter for the courts, not the ministry. 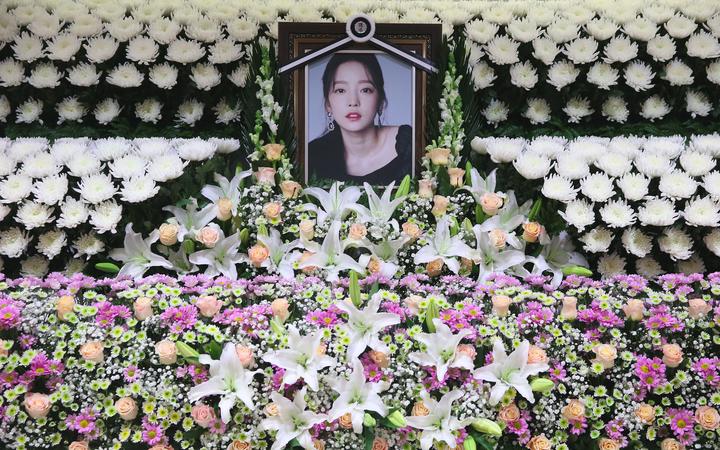 The portrait of late K-pop star Goo Hara is seen surrounded by flowers at a memorial altar at a hospital in Seoul. Photo: AFP

The risk of being an outspoken woman

And the process of getting justice can be gruelling. Goo Hara had to testify in court on a number of occasions. There was no hiding her identity nor the nature of the court case. At the time "Goo Hara Sex Video", was one of the top trending topics online.

Although her fans remained loyal, she was vilified on social media. K-pop commentator Tamar Herman wrote in a moving obituary in Billboard magazine "the tragedy of her death will hopefully inspire a kinder world than the one she faced".

There has been a lot speculation about Goo Hara's death. Much of it has centred on what some describe as "the dark side of K-pop" and the competitive, often harsh nature of this growing South Korean industry which requires its stars to maintain social ideals even in their private lives.

But there is a much wider issue.

Goo Hara lost one of her best friends and fellow K-pop star Sulli in October when she took her own life. Sulli was known for being outspoken, a trait not common among K-pop stars. She failed to fit the stereotypical gender mould which made her a target for ridicule and online abuse.

South Korea remains a conservative and patriarchal society. Attitudes are beginning to change, but slowly. This can mean that abuse against women in certain parts of society is not taken as seriously as it should be.

If high profile women, including K-pop stars such as Goo Hara, are harassed on social media after becoming a victim of a crime, what message does it send others?

Lee Na-young, a sociologist at Chung-Ang University told us that victims of sexual crimes in South Korea are often "stigmatised".

"She is soiled, a slut, a rag. Once labelled as soiled, she is a slut for the rest of her life. How can an individual carry this burden?"

But there is hope that things are beginning to change.

"We are going through growing pains. However, young Koreans are very capable and their level of societal awareness is also improving very fast. Our legal system is also responding promptly so I am optimistic that change is in process."

She says the biggest transformation needs to come from within South Korean society.

"Improving the justice system is secondary. The most important progress needs to be made in societal and cultural awareness.

"If people and society comprehensively don't question and demand better, the National Assembly, the police and the court cannot do much. "

Eun-ju Lee's parents are just one family who are demanding more of South Korea's justice system.

At her apartment, I am surrounded by reminders of a young life not lived. She was due to be married in January. Her mother tells me Eun-ju's fiancé still comes to the house, just to feel close to her. Every piece of furniture is straight from the showroom.

It was a honeymoon home for a fresh young couple ready to start their new life together.

Instead, her parents are preparing for a court battle.

How far will you go, I ask her father.

How to get help within Korea: the Korea Suicide Prevention Center can be reached at 1393, LifeLine Korea at 1588-9191, and Help Call for Youth at 1388. Lines are available 24/7 for free and confidential support for people in suicidal crisis or distress.