Chilean President Sebastian Pinera warned on Wednesday of the potential "irreparable harm" of a resurgence in violence that saw arson and looting attacks spike nationwide and the peso plunge to a new historic low. 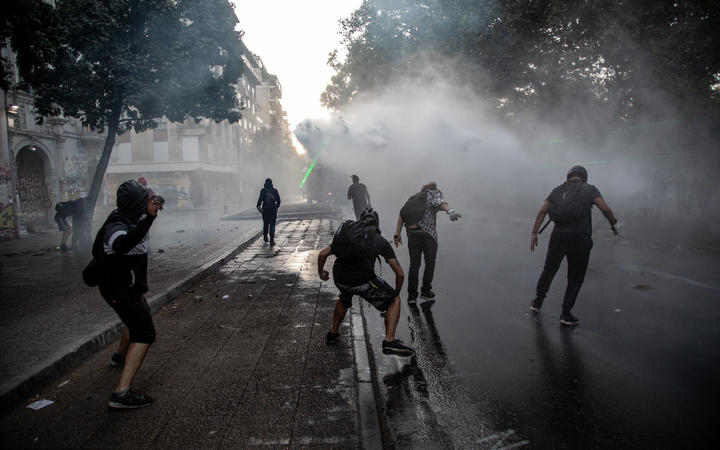 People protest against the economic policies of the government of President Sebastian Pinera and clash with riot polcie in Santiago, Chile. Photo: AFP / Pablo Rojas Madariaga/NurPhoto

Pinera urged Congress to push forward with bills he introduced weeks ago to beef up security and toughen penalties after more than five weeks of protests over gross inequality and lack of social services.

The unrest has left at least 26 dead and more than 13,500 injured, prosecutors said. Riots have hobbled the capital's public transport system, once the envy of Latin America, and caused billions in losses for private business.

"Violence is causing harm that may become irreparable to the body and soul of our society," Pinera said from the La Moneda presidential palace.

Jaime Quintana, the center-left head of Chile's Senate, said on Twitter the conservative Pinera needed to take responsibility for the violence.

"The government is far from having done everything it could, and should, have done," he said.

Riots and social unrest have also erupted in countries across Latin America, including Colombia, Ecuador and Bolivia in recent months over demands for political, social and economic justice.

The interior ministry reported that police arrested 915 people Tuesday, while the number of "serious incidents" overnight had nearly doubled from the previous day. 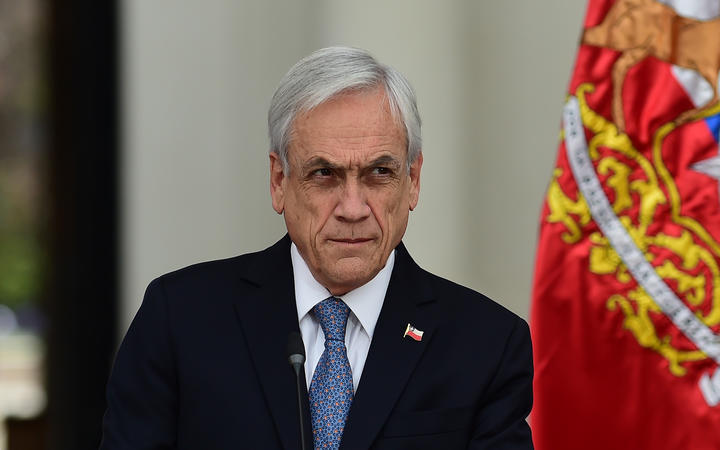 Chile's peso plummeted to a new low at market close on Wednesday amid the resurgence of violence.

Vandals looted a major hotel in the seaside tourist city of La Serena, turning over tables, ripping paintings off walls and breaking windows.

Protesters also targeted upscale areas of Santiago, marching through a shopping mall in the ritzy mountainside suburb of La Dehesa earlier in the week and another in Las Condes on Wednesday.

Officials had shut key commuter metro stations by mid-afternoon Wednesday throughout the capital's business area, known as Sanhattan for its gleaming skyscrapers and designer stores, as protests grew.

Pinera's efforts to quell the violence have so far come up short, despite promises to beef up pensions, the minimum wage and healthcare benefits. The country's normally fractious political parties have also agreed to work together on a new constitution.

Protests appear driven by mistrust that politicians will keep their promises to bring significant change, and enduring fury over police handling of demonstrators.