The United States national security adviser Robert O'Brien says an initial trade agreement with China is still possible by the end of the year, but warned Washington would not turn a blind eye to what happens in Hong Kong. 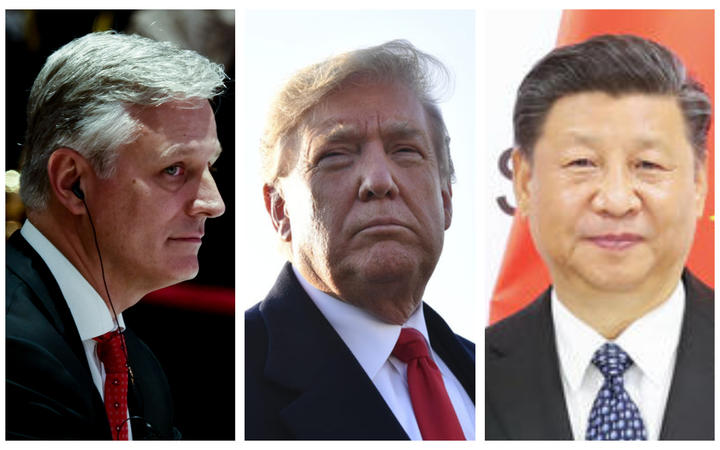 US national security adviser Robert O'Brien says the US is still hopeful of completing a phase one trade deal to be signed off by US President Donald Trump, centre, and Chinese President Xi Jinping by the end of 2019. Photo: AFP

The comments add to growing worries that a Chinese crackdown on anti-government protests in Hong Kong could further complicate the efforts by the United States and China to end a prolonged trade war that has roiled global markets and undercut global economic growth forecasts.

"We were hoping to have (a phase one) deal done by the end of the year. I still think that's possible," Mr O'Brien told reporters at a security conference in Halifax.

He said that he hoped district elections in Hong Kong would proceed without violence. "That would be a good sign," he said. 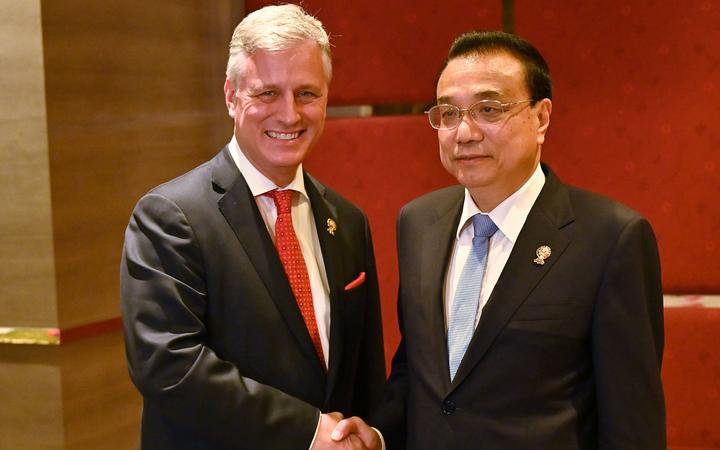 President Donald Trump on Friday said he had told Chinese President Xi Jinping that crushing the Hong Kong protesters would have "a tremendous negative impact" on efforts to reach an accord to end a 16-month trade war.

He has been vague about whether he would sign or veto US legislation to back protesters in Hong Kong, and boasted that he alone had prevented Beijing from crushing the demonstrations with a million soldiers.

Mr O'Brien said he had not spoken to Mr Trump on Saturday about his decision on whether to sign the Hong Kong human rights bill and did not know what he would do, but noted that the president had until early December to decide. The legislation will automatically become law on 3 December if Mr Trump opts to do nothing.

"I think the bill passed with a pretty significant majority, so I'm sure that's something the president is taking into consideration," Mr O'Brien said.

Asked what would be the reaction of the United States if China cracked down hard on the protests, Mr O'Brien said: "I'm hoping that doesn't happen. We've already seen too much violence in Hong Kong.

"The real question is what is the world prepared to do about China if there is that sort of a crackdown? The United States will do its part," he said.

US Treasury Secretary Steven Mnuchin had said in October that US and Chinese trade negotiators were working on nailing down a "phase one" trade deal text for their presidents to sign in November.

But the deal's completion could slide into next year, trade experts and people close to the White House said this week, as Beijing presses for more extensive tariff rollbacks, and Washington counters with heightened demands of its own.