Phoebe Waller-Bridge says she has added some "little spices" to the new James Bond film No Time to Die. 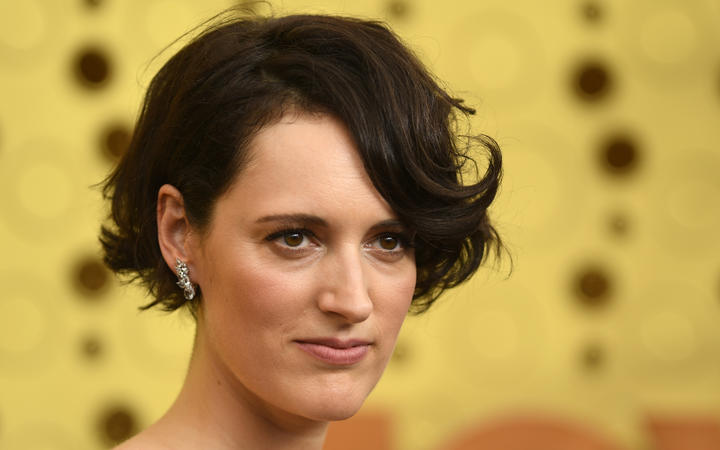 The award-winning writer, actress and creator of Fleabag said she was brought on board "to help out" with the script for the 25th 007 instalment.

No Time to Die will be the first Bond film to come out in the era of the #MeToo and Time's Up movements.

But, while questions have been raised in recent years about the misogynistic and domineering way James Bond has traditionally treated women, Waller-Bridge insists she was not told to change the culture of the films.

"They were already doing that themselves," she says. "They're having that conversation with themselves the whole time. It (her involvement) was much more practical. Just, 'You're a writer, we need some help with these scenes. And you come up with some dialogue for these characters'."

Waller-Bridge is only the second woman to have a writing credit on a Bond film during the franchise's 57-year history. The first was Johanna Harwood on Dr No and From Russia with Love in the early 1960s.

Daniel Craig, who's played Bond since 2006, has said it was his idea to enlist Waller-Bridge.

She said it was actually the film's American producer Barbara Broccoli who first got in touch.

"We met for coffee and then a few months later we met again. And then I met the director Cary Joji Fukunaga and then I met Daniel after that. But I know Daniel and Barbara had been talking about it for while," explains Waller-Bridge.

She then spent time discussing the script with Craig in New York before joining the cast and crew at Pinewood where she spent "a lot of time" on set.

She said "it doesn't get cooler" than writing lines for James Bond.

The film's lead actress is Lashana Lynch, who plays a British agent. She said she was overjoyed when she discovered Waller-Bridge was going to be involved. 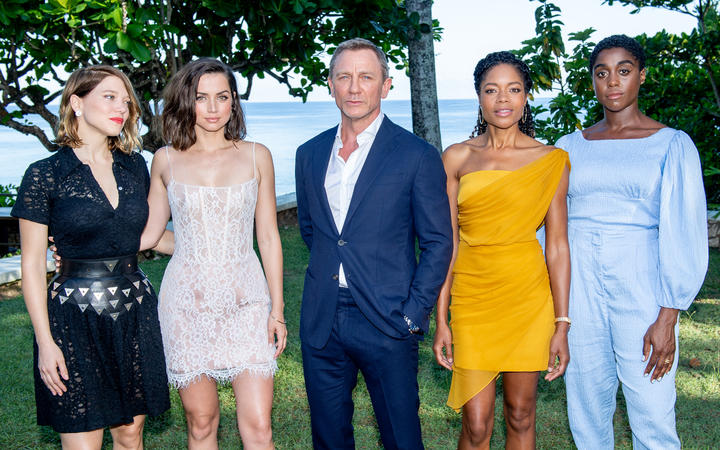 Lynch told the Hollywood Reporter magazine: "I very literally squealed when I first heard her name. I thought, 'Oh my gosh, British girl just like me. She's going to know how to actually take care of women onscreen'."

Ana de Armas, who will also be seen in No Time to Die, said Bond fans will notice the shift in dynamics in the new film. "It's pretty obvious that there is an evolution in the fact that Lashana is one of the main characters in the film and wears the pants - literally," she told the magazine.

But for fans hoping Waller-Bridge might make a brief appearance, she herself stresses she's not in the film.

She does however pop up in a behind-the-scenes recording for Children in Need with her Fleabag co-star, Olivia Colman.

Colman has provided vocals on a cover of Portishead's 'Glory Box', with Waller-Bridge backing her up on the ukulele.

She said the woman she affectionately calls "Colly" sent her a message asking her to help out and she agreed immediately.

"I've been karaoke-ing with Colly for a long time. So I know the pipes that woman has. And so I was excited that the world was going to get to hear them."

Her friendship with Colman has spanned the two series of the hit BBC comedy Fleabag, and the scripts from the show are now being published in the book Fleabag: The Scriptures, which features unseen stage directions.

Waller-Bridge thinks they will give readers "a more personal connection with the characters" as well as "really displaying what the actors brought to it".

"Once you see what's on the page," she adds, Colman's performance as Fleabag's evil godmother "is even more impressive when you see what she was given in the first place".

The book also features new writing from Waller-Bridge in which she discloses more about her creative process.

"I rewrite quite a lot on the day," she divulges, which means "I'm so last minute".

Waller-Bridge said she was prompted to write Fleabag "almost entirely" because she was being cast in very "basic" roles after drama school.

And the pressure to look a certain way had her "teetering on the edge of a depression".

"It really got under my skin," she said. "[There was] this ideal version of a woman everyone had to aspire to from a very young age and the ideal was that she was very sexual and perfect.

In the second series of Fleabag, Waller-Bridge gave her character a love interest in a charismatic priest, played by Andrew Scott.

In the final episode, the pair have a brief conversation in an alley before sharing a kiss - it's a scene Waller-Bridge said she hadn't worked out properly.

"We'd read it out and I felt like it was not working. I remember saying, 'I'm really sorry Andrew I don't like that and he said it's OK'. He was such a good sport."

But it was the end of the day, time was running out and the director was calling for them to shoot the scene.

"Andrew jumped up and was like, 'Yeah let's do it'," recalls Waller-Bridge. "It did give it a kind of crazy electricity because we didn't really know what was going to happen.

"We did that three or four times on the trot and eventually got the scene we needed."

She also reveals it was Scott who insisted his character say "I love you too" to Fleabag at the end - "and thank God he did," she concludes.