Murdered exchange student Aiia Maasarwe's sister has said she does not feel safe in Melbourne, as she returned to the city of her sister's death to launch a fellowship in her name. 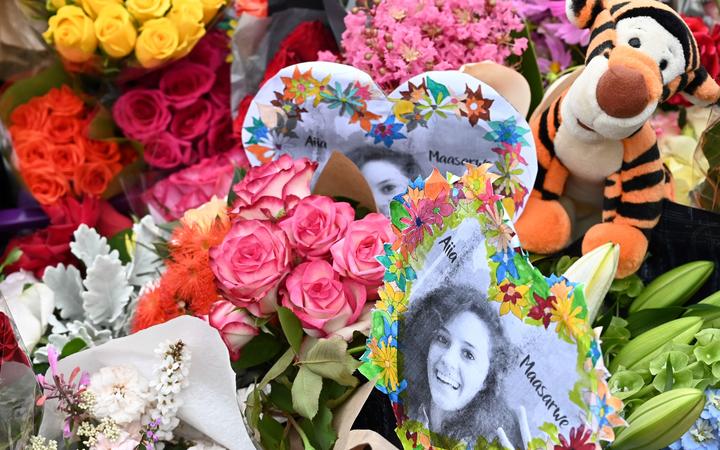 Floral tributes and other mementoes were donated during a vigil in Melbourne for murdered student Aiia Maasarwe earlier this year. Photo: AFP

The 21-year-old Palestinian citizen of Israel was on a year-long exchange from her university in Shanghai.

Her sister, Noor Maasarwe, said she and her father had been very excited to visit her in Melbourne in a trip planned for just five days after her murder.

Now, she said she felt "very unsafe" in the city that had once been her sister's home.

"I still see it in the news that women in Melbourne [are] still getting raped and murdered in the streets. This shouldn't be happening in the first place," she said. 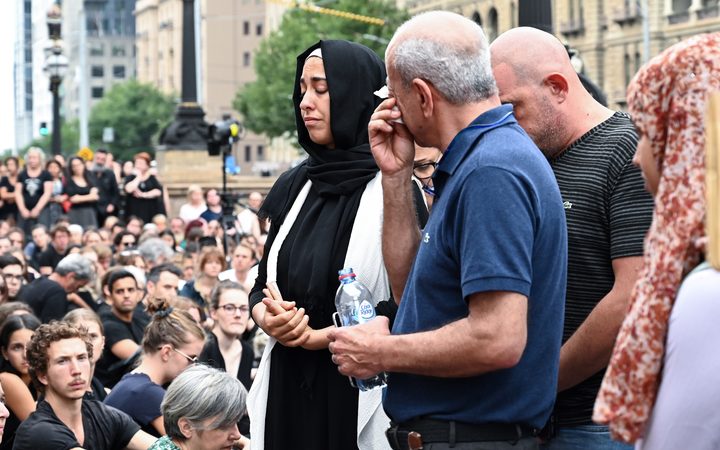 Noor Maasarwe and her father, Saeed Maasarwe, officially announced the creation of the Aiia Maasarwe Memorial Medical Fellowship Programme for Project Rozana yesterday, an organisation which aims to build "better understanding between Israelis and Palestinians through health".

The pair will tomorrow attend the sentencing of Codey Herrmann, who pleaded guilty to Aiia Maasarwe's rape and murder in June.

Mr Maasarwe said he did not want to spend his time or energy on what the outcome for Herrmann could be, but instead said he hoped the justice system would "care more for the society and the people" to prevent tragedies like this happening again.

"Our compass is not revenge. We think all the time, our mind, our compass is positive, is not negative," he said.

The inaugural recipient of the fellowship, Palestinian paediatrician Dr Khadra Hasan Ali Salami, will be supported to do two years of specialised training in an Israeli hospital.

Mr Maasarwe said he hoped the programme would allow people to remember his daughter for her positivity and what he said was her goodwill towards everyone.

"I wish all the people can just remember Aiia for the good things, and for the positive, and to look every time in the light, not in the dark," Mr Maasarwe said.

Speaking at the launch in Melbourne, Dr Salami said she was honoured to be the first recipient, saying it was "the dream of all doctors" to be able to take care of patients in a safe and peaceful place.

She said she was feeling "complex emotions", as someone who did not know Ms Maasarwe but was saddened and touched by her death.

"I feel that this is very emotional, a very positive feeling beside this sad feeling," Dr Salami said.

The fellowship will enable the doctor, who currently works at the Augusta Victoria Hospital in East Jerusalem, to study paediatric bone marrow transplantation at the Hadassah Hospital, Ein Kerem in Jerusalem.

Project Rozana chair and Melbourne businessman Ron Finkel said the fellowship would try to "give full expression to the positivity, the hope, that is reflected in Aiia's spirit".

"What we're trying to do is trying to build a significant cohort of people who actually know the other at a time when the gap between Israelis and Palestinians has grown enormously," Mr Finkel said.

"It is really significant that in the area of health in a daily basis, thousands and thousands of daily interactions are happening. And that adds up over time."

Noor Maasarwe said one of her sister's dreams was "to connect people together and bring them together".

"I think she would be very excited, and very proud," she said.

"It's just very sad that her lifelong dream came true, but only after she's not here, she's not able to see it."