Hundreds of people have made the trek up Uluru, in Australia's Northern Territory today, with many saying they had wanted to do the climb while they still could. 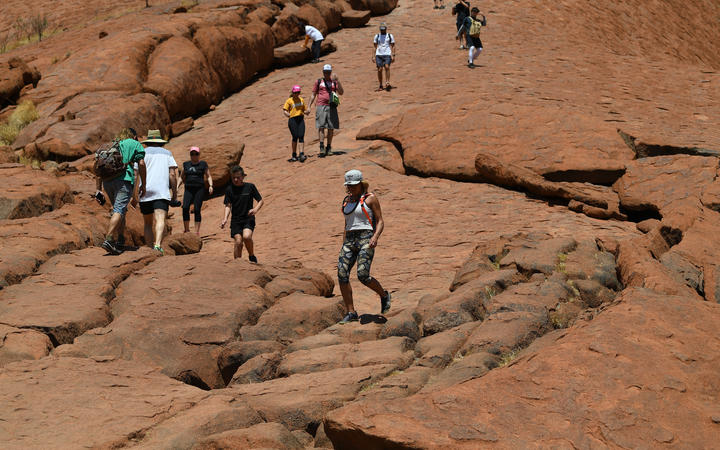 Tourists climb the Uluru on 25 October, the last day before it is closed. Photo: AFP

The climb was scheduled to be closed permanently from 4pm (ACST).

It was closed earlier on Friday morning because of strong winds but rangers decided to reopen it mid-morning and almost 100 people immediately began climbing. 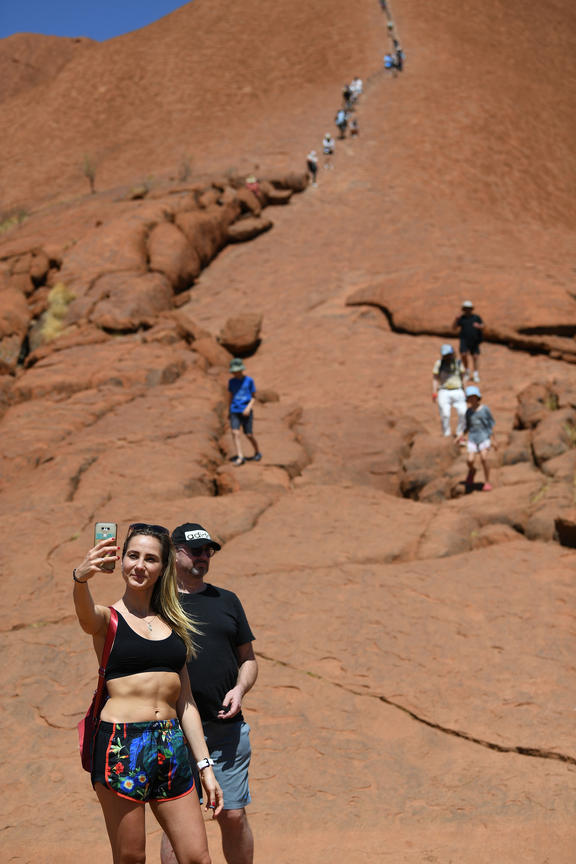 A woman poses for a photo at Uluru. Photo: AFP

Katrina and Paul Ballinger from Ballarat were among those lining up to climb the rock this morning and said they were relieved when they were allowed through the gate.

"Amazing, I'm glad that we travelled all this way to actually get on the rock," Ms Ballinger said.

Earlier, Noel and Kelly Derks from Melbourne, who have already climbed the rock four times, were concerned the weather would prevent their children from experiencing the climb.

"Safety is first, there's no problem with that," Mr Derks said.

"It would have been great to get one more in."

The Derks said, even with the climb closed, they would be back to visit Uluru.

"Definitely, we'll be back in another 20 years, hopefully with grandkids. It's still a beautiful place," Mr Derks said.

Dean Beveridge and his wife Chris, who are also from Melbourne, were waiting at the base of the climb this morning to see if it would reopen before the permanent closure.

"My wife and I climbed it years ago and we just wanted the kids to have the opportunity to do that," Mr Beveridge said.

Mr Beveridge said he believed it was still possible to climb Uluru while showing respect to the traditional owners who urge people not to climb.

"Whilst I respect that, I wish there was an opportunity for them to maybe understand that there are different ways we show respect to people's religious sites."

Parks Australia said it would continue to make assessments on the safety of the climb before the official closure at 4pm ACST this afternoon.

"Anangu and the [Uluru] board provided two year's notice because they were mindful that people wanted to climb," he said.

"So they shouldn't be surprised, it's been a long time coming."

As huge crowds line up at the base of Uluru, the influx has frustrated traditional owners, who have long campaigned for the climb's closure.

The permanent closure of the climb was announced two years ago, but in recent months Uluru-Kata Tjuta National Park has seen thousands of tourists flock to climb the rock before they no longer can. 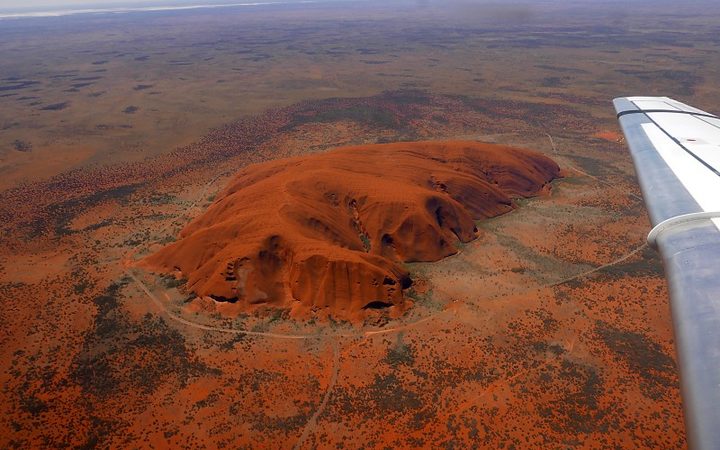 The mesmerising monolith of Uluru draws almost half a million visitors a year. Photo: supplied

Uluru is a sacred site and of great spiritual significance to First Australians, and Anangu traditional owners say climbing it is not only disrespectful but also dangerous.

In Uluru's history, at least 37 people have died while making the ascent.

"Mainly because it's a sacred site and mainly because for safety reasons, pollution on top, no toilets up there and E. coli killing all the organisms, all the frogs and everything," he said.

"And it's very, very dangerous."

Mr Lester said the large number of people travelling to climb the rock in the face of objections by traditional owners represented a clash of cultures in Australia.

"A different culture, conquer and divide, you can't blame them. It's in their genes, that Anglo-Saxon way," he said.

Mr Lester said he wasn't sure people would respect the closure of the climb.

Indigenous Affairs Minister Ken Wyatt says he has been disappointed by the large numbers of people rushing to climb Uluru before it closes.

"I understand there are people that want to put it on their bucket list," he said.

"It would be equivalent to having a rush of people wanting to climb over the Australian War Memorial.

"Our sacred objects, community by community, are absolutely important in the story and the history of that nation of people."

Mr Wyatt said people who have climbed Uluru in the past should reflect on how they've disrespected traditional owners.

"I wouldn't want to curse anybody nor leave them with negative elements of life," he said.

"But reflect back what you've done and reflect back on the fact you've disrespected a community of traditional owners who have always wanted the right to have a say about what is sacred to them."

'This is about coming together'

Northern Territory senator Malarndirri McCarthy has urged Australians to respect the wishes of traditional owners ahead of the climbing ban.

"The Anangu traditional owners have repeatedly expressed a desire for people to show respect to the rock's cultural value by not climbing it," she said.

Senator McCarthy told Channel Nine it was important to recognise times and attitudes had changed.

"This is more about the coming together," she said.

"I think in Australia we are acknowledging the importance of First Nations people in our place, in our history in this country, and around the world."