Japan sent tens of thousands of troops and rescue workers on Sunday to save stranded residents and fight floods caused by one of the worst typhoons to hit the country in recent history. 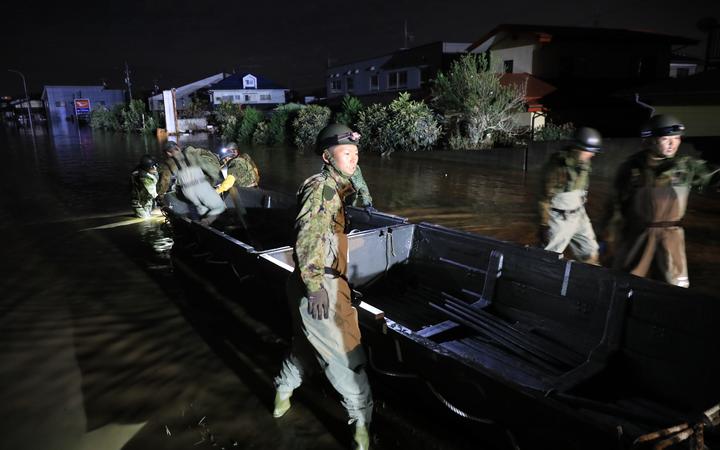 At least 31 people were killed in the typhoon that left vast sections of towns underwater, public broadcaster NHK said. Another 15 were missing and 177 injured by Typhoon Hagibis, which paralysed Tokyo on Saturday and dumped record levels of rain around Japan. About 100,000 homes were left without power.

Rescue efforts were hindered after more than 20 rivers in central and northeastern Japan burst their banks and dozens more overflowed although their banks were still intact, NHK said, adding that flooding rivers could cause more damage.

Evacuation centres filled with residents, while some people perished as they sought shelter, NHK said, adding a 77-year-old woman fell about 40 meters to her death during an airlift.

Some of the worst damage hit the central Japanese city of Nagano, where the Chikuma River inundated swaths of land and forced military helicopters to airlift people from homes.

Japan has deployed tens of thousands of troops and rescue workers to help following Typhoon Hagibis, one of the strongest storms to hit the country in years

Kiyokazu Shimokawa, 71, speaking at an evacuation centre, said he had waited all night with his wife and mother until they were finally rescued around 3pm (7pm NZT) on Sunday.

"I made the mistake of figuring that as long as we were on the second floor of the house, we'd be fine," he told Reuters. "When we realised that maybe we should evacuate, it was too late - the water rose very quickly." 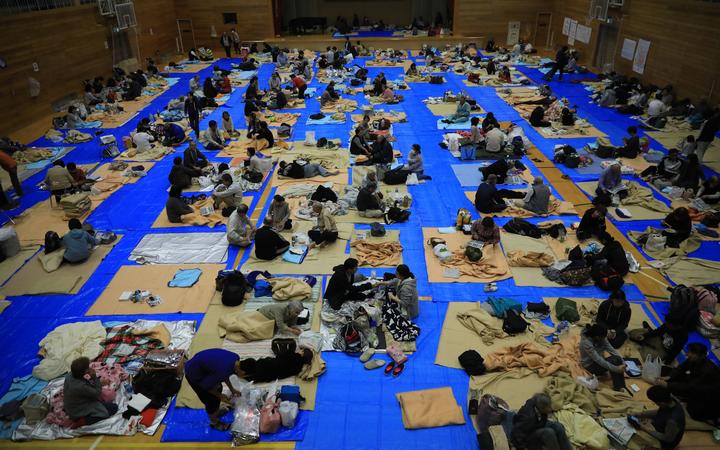 People at a shelter in Nagano City. Photo: AFP

Rie Hasegawa, a woman in her 30s, said she never imagined her landlocked town would be inundated. "The force of the water was incredible. It was dark, frightening, and I thought this might be the end," she said.

Typhoon Hagibis, which means "speed" in the Philippine language Tagalog, made landfall on Japan's main island of Honshu on Saturday evening and headed out to sea early on Sunday.

The storm sank a Panama-registered cargo ship that had anchored near Tokyo. The sunken ship was located early on Sunday. A newspaper reported that at least five of the 12 crew were dead and three were missing.

Prime Minister Shinzo Abe held an emergency ministerial meeting and sent the minister in charge of disaster management to affected areas. The government also set up a task force to deal with the damage.

"The government will do everything in its power to cooperate with relevant agencies and operators working to restore services as soon as possible," the prime minister said. 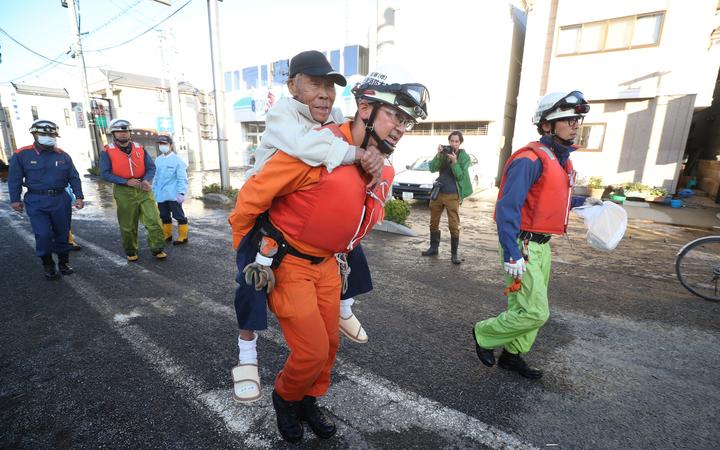 With thousands of homes without power, Japanese feared a repeat of the weeks-long power outages after last month's typhoon that hit east of Tokyo.

In Fukushima, north of the capital, Tokyo Electric Power Co (9501.T) reported irregular readings from sensors monitoring water in its Fukushima Daiichi nuclear plant overnight. The plant was crippled by a 2011 earthquake and tsunami.

Landing restrictions at Tokyo's Narita and Haneda airports were lifted but more than 800 flights were cancelled for the day, NHK said. Some Shinkansen bullet train services to the worst-hit areas were also disrupted.

Their match was called-off, so Canada's rugby players stepped in to help clean up after a typhoon hit Japan this weekend. #bbcrugby @rugbyworldcup pic.twitter.com/eZcpPqVWJ9

The Rugby World Cup match between Namibia and Canada scheduled for Sunday in Kamaishi, northeastern Japan, was cancelled, but the Japan-Scotland match in Yokohama, south of Tokyo, went ahead. Japan won their clash.