Sniffer dogs are being flown to the top of Australia's Northern Territory to try and stop African swine fever entering the country. 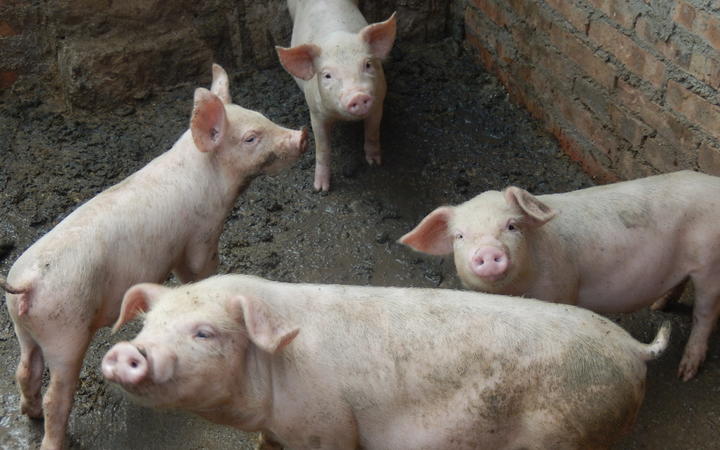 Federal Agriculture Minister Bridget McKenzie said that while it was not inevitable it would spread to Australia, hypervigilance was critical. Photo: AFP

The disease has wiped out approximately 25 percent of the world's pig population.

Following several confirmations of outbreaks in Timor-Leste, Federal Agriculture Minister Bridget McKenzie said she had requested detector dogs to be flown to Darwin to respond to the threat.

There had been no biosecurity detector dogs working at the Darwin International Airport prior to this decision.

Ms McKenzie told Radio National she had made the call as the disease moved "very, very quickly" and because Darwin was the closest port to Timor Leste.

The country's capital Dili is just an hour and 20 minutes away by plane and there are nine flights a week directly from the island nation.

Ms McKenzie said that while it was not inevitable it would spread to Australia, hypervigilance was critical as the disease could spread through different means.

"That's why we're taking such tough action with respect to increasing our inspections of the high-risk pathways where ASF can get through and that's through mail and also through passengers.

"People from affected countries may be visiting their children who are studying here as international students bringing product from home they think their kids might be missing - well, in fact, this disease can exist in these products for up to two years as cooked meat products."

"That's how we've seen this disease spread so quickly throughout the world. Pork producers have quite stringent biosecurity regimes on farm... but it is absolutely that feral pig population, which is endemic in Queensland, the NT and NSW as well, that's how it gets spread very easily," she said.

A spokesperson from the Commonwealth Department of Agriculture yesterday morning said two veterinary officers from the department were also travelling to Timor-Leste to provide assistance.

"And determine appropriate local biosecurity measures to contain the disease."