At least five people have been killed and hundreds wounded since Tuesday in clashes between anti-government protesters and security forces in Iraq. 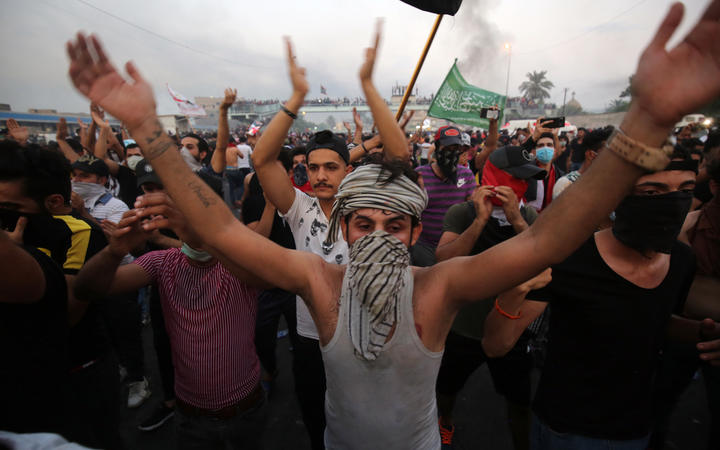 Thousands rallied in Baghdad, Nasiriya and other cities to protest at lack of jobs, poor services and corruption.

Social media platforms and internet access have been blocked in the capital and other parts of the country.

Blaming unnamed "rioters" for the unrest, the government vowed to address protesters' concerns.

An unconfirmed report by Reuters news agency says curfews have been imposed in Nasiriya and two other southern cites, Amara and Hilla.

The United Nations has called on the authorities to exercise restraint.

"Every individual has the right to speak freely, in keeping with the law," UN special representative Jeanine Hennis-Plasschaert said.

The protests, which appear to lack any organised leadership, are the largest since Prime Minister Adel Abdul Mahdi took office a year ago.

Three people were killed or died of their wounds on Wednesday, officials said, as the anti-government protests erupted for a second day and spread to more areas.

In the capital, police fired tear gas and live ammunition in an attempt to disperse demonstrations in several districts.

Protesters also attempted to reach central Tahrir Square, which police had earlier sealed off along with a nearby bridge leading to the Green Zone, where government buildings and foreign embassies are located. 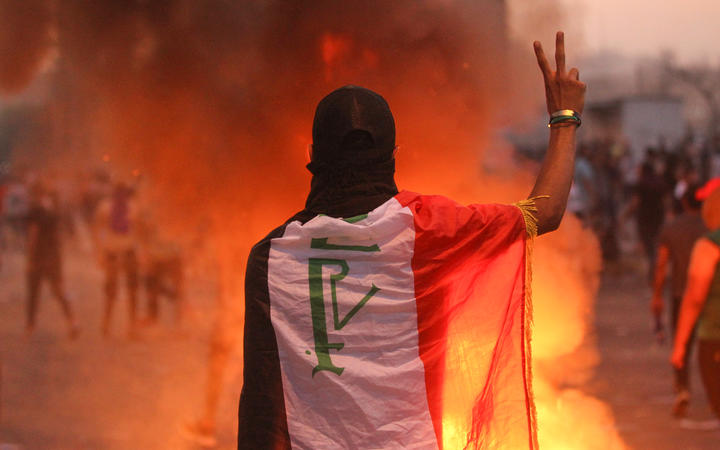 On Tuesday, clashes erupted in Tahrir Square after hundreds of protesters there tried to cross the bridge.

"We are demanding a change, we want the downfall of the whole government," one protester in Baghdad, who wished to remain anonymous for fear of reprisal, told Reuters.

The interior ministry blamed "rioters who aimed to undermine the true meaning of the [protesters'] demands and strip them of peacefulness".

On Tuesday night, Mr Abdul Mahdi expressed regret for the violence and promised an investigation "to learn the reasons" behind the protests.

"It saddens me and breaks our hearts the injuries among the protesters, our sons, and the security forces and the destruction and looting of public and private properties," he wrote on Facebook.

He added: "We stress to the people of our nation that our priorities were and will remain focused on providing radical realistic solutions to many of the decades-long accumulated problems."

The prime minister also said he would create more jobs for graduates. According to the World Bank, the youth unemployment rate in Iraq is currently about 25%.