The Amery Ice Shelf in Antarctica has just produced its biggest iceberg in more than 50 years. 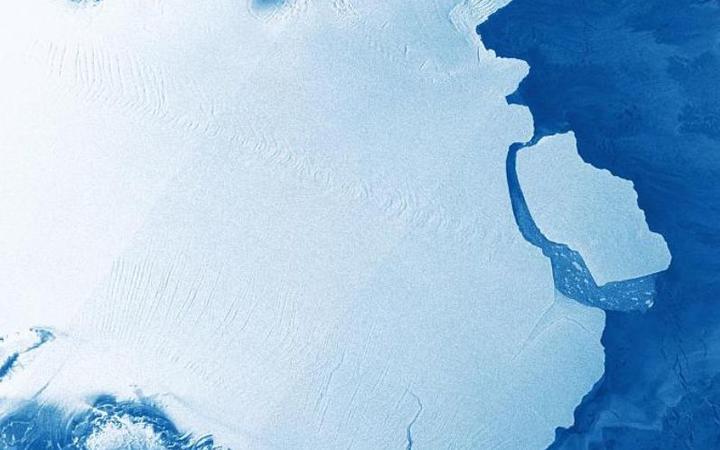 Scientists will monitor the iceberg because it may pose a risk to shipping. Photo: Supplied / Copernicus Institute

The new D28 Iceberg (five times the area of Malta or ~1582km²) just calved away from Amery ice shelf #Antarctica
Before (20/09) and after (25/09) #Sentinel1️ captures processed by @StefLhermitte pic.twitter.com/4uN3Ce6E9D

The scale of the iceberg means it will have to be monitored and tracked because it could in future pose a hazard to shipping.

Not since the early 1960s has Amery calved a bigger iceberg. That was a whopping 9000 sq km in area.

Amery is the third largest ice shelf in Antarctica, and is a key drainage channel for the east of the continent.

The shelf is essentially the floating extension of a number of glaciers that flow off the land into the sea. Losing bergs to the ocean is how these ice streams maintain equilibrium, balancing the input of snow upstream.

So, scientists knew this calving event was coming. What's interesting is that much attention in the area had actually been focused just to the east of the section that's now broken away.

This is a segment of Amery that has affectionately become known as "Loose Tooth" because of its resemblance in satellite images to the dentition of a small child. Both ice areas had shared the same rift system.

But although wobbly, Loose Tooth is still attached. It's D28 that's been extracted.

"It is the molar compared to a baby tooth," Professor Helen Fricker from the Scripps Institution of Oceanography told the BBC.

Prof Fricker had predicted back in 2002 that Loose Tooth would come off some time between 2010 and 2015.

"I am excited to see this calving event after all these years. We knew it would happen eventually, but just to keep us all on our toes, it is not exactly where we expected it to be," she said.

Calving not due to climate change

The Scripps researcher stressed that there was no link between this event and climate change. Satellite data since the 1990s has shown that Amery is roughly in balance with its surroundings, despite experiencing strong surface melt in summer.

"While there is much to be concerned about in Antarctica, there is no cause for alarm yet for this particular ice shelf," Prof Fricker added. 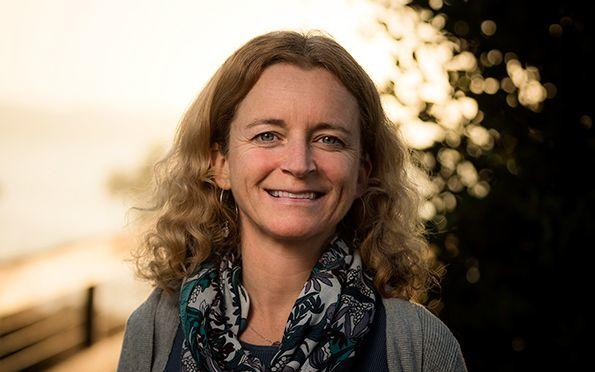 Professor Helen Fricker from the Scripps Institution of Oceanography has been waiting for an iceberg to break away from the Amery Ice Shelf for years. Photo: Supplied / Erik Jepsen/UC San Diego

The Australian Antarctic Division will, however, be watching Amery closely to see if it reacts at all. The division's scientists have instrumentation in the region.

It's possible the loss of such a big berg will change the stress geometry across the front of the ice shelf. This could influence the behaviour of cracks, and even the stability of Loose Tooth.

D28 is calculated to be about 210m thick and contains some 315 billion tonnes of ice.

The name comes from a classification system run by the US National Ice Centre, which divides the Antarctic into quadrants.

The D quadrant covers the longitudes 90 degrees East to zero degrees, the Prime Meridian. This is roughly Amery to the Eastern Weddell Sea.

D28 is dwarfed by the mighty A68 berg, which broke away from the Larsen C Ice Shelf in 2017. It currently covers an area more than three times as big.

Nearshore currents and winds will carry D28 westwards. It's likely to take several years for it to break apart and melt completely.