President Donald Trump has dismissed a whistleblower allegation that he made a promise to a foreign leader - believed to be Ukraine's Volodymyr Zelensky - calling it a "ridiculous story". 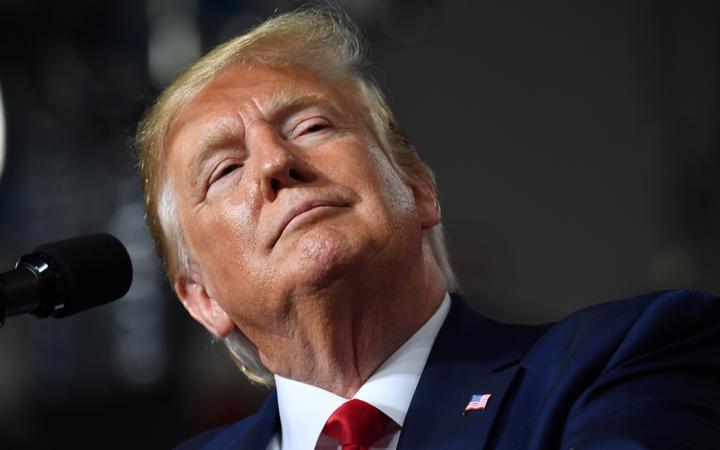 Donald Trump describes the latest controversy he is facing as a "political hack job". Photo: AFP

He said his talks with leaders were always "totally appropriate".

Reports say Mr Trump wanted Ukraine to investigate Joe Biden and his son - who was on a Ukrainian gas company board - in return for more United States military support.

Mr Biden is frontrunner to be the Democrats' 2020 presidential candidate.

In its report on the complaint by the whistleblower, the Washington Post said the intelligence official had found Mr Trump's comment to the foreign leader "so troubling" that they went to the department's inspector general. 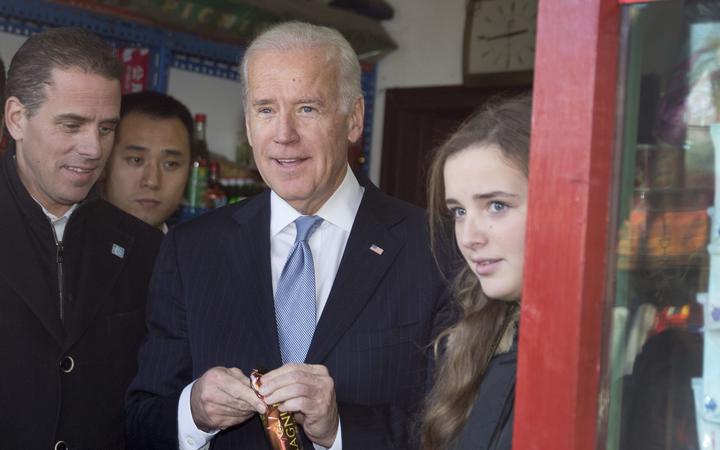 Hunter Biden, left, with his father, Joe, in an ice-cream shop in Beijing in December 2013. Hunter Biden is now at the centre of a controversy over his involvement in a gas company in Ukraine. Photo: AFP

On Friday, House Speaker Nancy Pelosi said that reports of the complaint raised "grave, urgent concerns" for US national security.

Mr Trump and Mr Zelensky spoke by phone on 25 July. The whistleblower's complaint is dated 12 August. 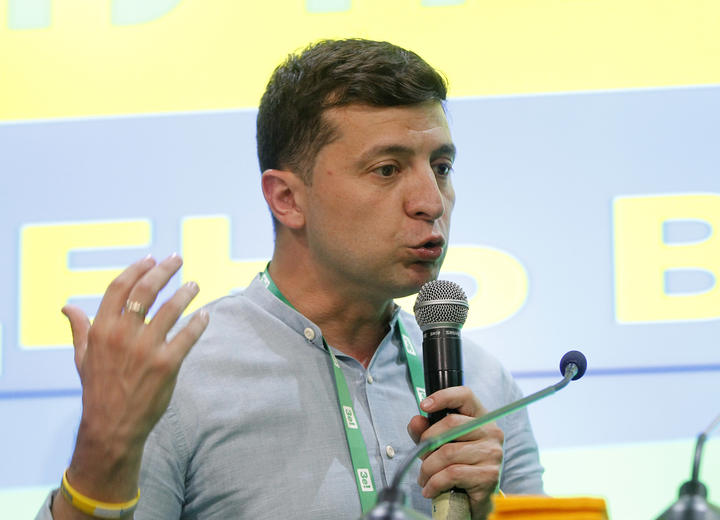 What did Trump say?

He described the complaint as "just another political hack job".

"It's a ridiculous story. It's a partisan whistleblower. He shouldn't even have information. I've had conversations with many leaders. They're always appropriate," he said, speaking alongside Australia's leader Scott Morrison in the White House.

He also called for Mr Biden's finances to be scrutinised.

"It doesn't matter what I discussed, someone ought to look into Joe Biden's billions of dollars and you wouldn't look into that because he's a Democrat," he told reporters.

On Thursday, Mr Trump wrote on Twitter that he knew all his phone calls to foreign leaders were listened to by US agencies.

Ukraine says Mr Trump and Mr Zelensky will meet next week in New York during the UN General Assembly.

What do we know about the complaint?

Democrats are trying to get the complaint turned over to Congress, with many details still unknown.

Intelligence Community Inspector General Michael Atkinson said the complaint consists of a "serious or flagrant problem, abuse or violation of the law" that involves classified information, a letter to lawmakers revealed.

The acting director of national intelligence, Joseph Maguire, has so far refused to share any details of the complaint with lawmakers, leading to an outcry among Democrats.

Under US law, if the complaint is considered to be of "urgent concern", and if the inspector general considers the complaint to be "credible", then the department head is expected to share the information with Congress within seven days.

What other Ukraine allegations are there?

Earlier this month, before the whistleblower's complaint came to light, House Democrats launched an investigation into Mr Trump and his lawyer Rudy Giuliani's interactions with Ukraine.

They allege that Mr Trump and Mr Giuliani tried to pressure the Ukrainian government into investigating Joe and Hunter Biden.

What has Giuliani said?

Mr Giuliani gave an interview to CNN where he both confirmed, and denied that he had asked Ukraine to investigate Joe Biden.

He explained the contradiction by saying that he had asked Ukraine "to look into the allegations that related to my client, which tangentially involved Joe Biden in a massive bribery scheme".

He also wrote on Twitter that "a President telling a Pres-elect of a well known corrupt country he better investigate corruption that affects US is doing his job".

Mr Trump and his fellow Republicans have questioned whether it represented a conflict of interest that Hunter Biden had served on the board of Burisma, a Ukrainian gas company.

In May, Ukraine's prosecutor general said there was no evidence of wrongdoing by Joe or Hunter Biden.