Using "time outs" to discipline children is not going to harm them or your relationship with them, US research suggests. 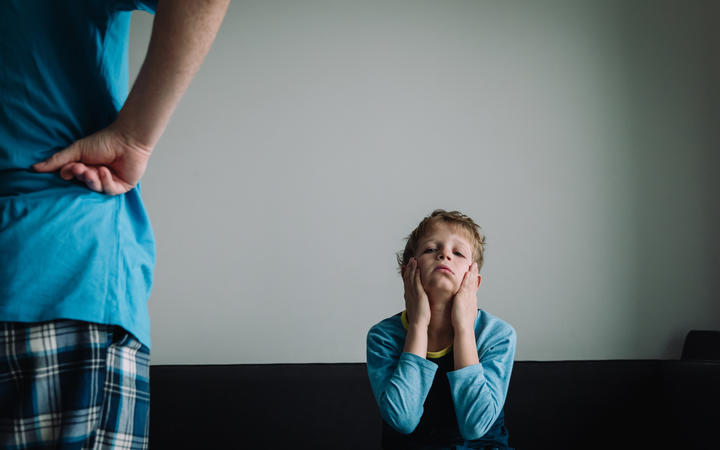 Despite criticism of the "naughty step" strategy, children's anxiety did not increase and neither did their aggressive behaviour, the eight-year study of families found.

But a UK psychologist said the key was how the technique was used.

And not all children responded to authoritarian forms of discipline.

The study, by the University of Michigan, tracked almost 1,400 families and their parenting strategies at three, five and 10 years old.

The researchers measured children's positivity and negativity to parents, and their mental health and social skills - using games, observations and video-taped interactions.

At three years old, a third of the parents gave the child "time out" or told them to sit quietly in the corner.

Assuming parents continued to use this strategy, the research found no differences in the children's levels of anxiety and depression, self-control or rule-breaking, compared with the group of parents who did not use the "time out" technique.

In contrast, when parents said they had used physical punishment, the children became more aggressive.

And, among parents who said they had been depressed, the children were more likely to have symptoms of anxiety and depression, as well as more aggressive behaviour.

But because the study is observational, it cannot prove that "time out on the naughty step" was directly responsible for the children's subsequent behaviour over time.

Dr Rachel Knight, study author and paediatric psychologist at University of Michigan CS Mott Children's Hospital, said parents often questioned whether they were doing the right thing for their children.

"Unfortunately the first place many parents go for advice is the internet, social media or friends - not a medical provider.

"There is a lot of conflicting information on the web that isn't vetted or accurate."

She added: "There's a wealth of research on how effective 'time outs' can be in reducing problematic behaviour, when they are used appropriately.

"It's a parenting strategy that's often misunderstood and misused."

Dr Knight said the key to using "time outs" were calmness, consistency, positive environment, planning of the process beforehand, making both parents and children understand it, and avoiding shouting.

"Although there are parents who do use the 'naughty step', we have moved away from the idea that kids need to be punished.

"It always depends on the children - some find it humiliating.

"And it depends who you're doing it in front of. That can be more devastating," she said.

Dr Barrett said there were alternatives, for example children being sent to their rooms or asked to sit still.

She said the most effective parenting was being "warm and authoritative, not authoritarian."