Australian police believe they have busted an international drug smuggling ring - with the help of an angry seal. 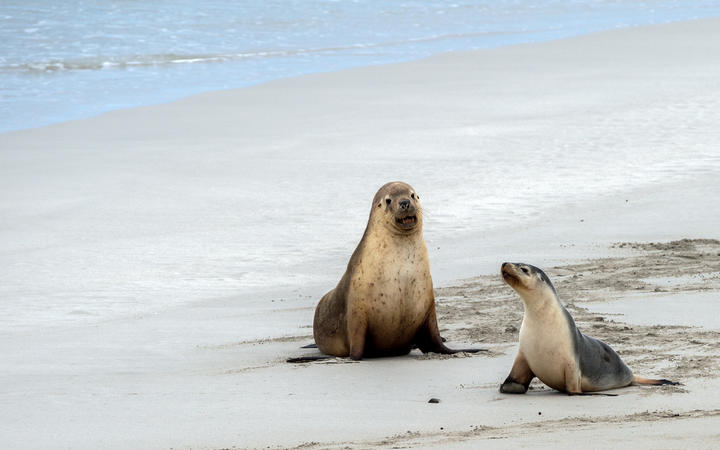 Police were first alerted to the alleged plot when a UK and French national were found hiding on an island the day after their yacht ran aground off Western Australia.

A second Briton, an American and Australian appeared in court on Thursday in connection with the haul.

"We have disrupted a big international drug syndicate here," he added, saying officers were still working with international partners, including the United Kingdom's National Crime Agency.

However, things may have been different had the two men aboard the yacht - Antoine Dicenta, 51, from France, and UK national Graham Palmer, 34 - not been prevented escaping by a large seal.

Damien Healy, Geraldton Volunteer Marine Rescue Service vice-commander, revealed how the men were spotted on an island west of Geraldton on Tuesday, 3 September, a day after the yacht was found.

The suspects had reached the island with the help of an inflatable dinghy, and allegedly hidden the drugs - including cocaine, ecstasy and methamphetamine - under some seaweed.

But once they realised they had been found, they made a bid to escape - only to discover a "big, huge seal" was now blocking their way.

"They woke it up and it jumped up with its big chest out and bellowed at them," Mr Healy told ABC radio.

All five men have been remanded in custody.

Mr Dicenta and Mr Palmer are due to appear in court again on 20 September.

US citizen Mr Lassiter will appear in court on 26 September, Briton Mr Jones will appear in October, and Australian Mr Jackson in November. All three were arrested in Perth.

Meanwhile, Commissioner Dawson had some advice to share: "If you are in a hot pink shirt, don't try and hide in low scrub."