Pop singer Demi Lovato has posted an unedited image of herself showing off her cellulite, telling her millions of followers it was her "biggest fear". 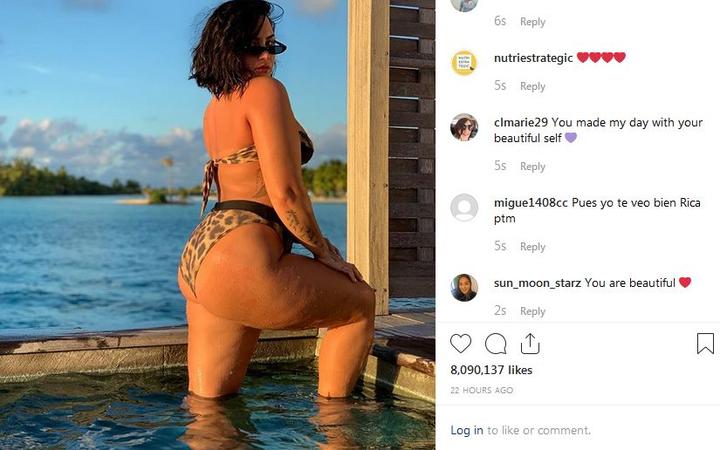 More than 7 million people have liked the US singer's photo, which was posted on Instagram. Photo: Supplied / Instagram

The 27-year-old said the image was "cellulit" adding she was tired of "being ashamed" of her body and admitting that previous pictures had been edited.

"I want this new chapter in my life to be about being authentic to who I am rather than trying to meet someone else's standards.

"So here's me, unashamed, unafraid and proud to own a body that has fought through so much and will continue to amaze me when I hopefully give birth one day."

The unedited image appears to have been taken at the same time as similar ones Lovato posted in May this year while on holiday in Bora Bora, French Polynesia.

The popularity of the new picture has already far surpassed the 4.1 million likes the image of her in the same location wearing the same bikini garnered, with more than 7.1 million fans so far showing their support.

Her photo prompted her fans to share their images of cellulite with her too - which she also included in her Instagram story.

Mari, 20, who posts as @lovatolight, was one of those who responded.

She told the BBC: "When I saw she posted my picture and said she was proud of me, all I did was cry. She is such a strong person and that meant a lot.

"I had that picture but I had never posted it before because I was really insecure about my body. When Demi posted hers I felt really inspired by her courage and decided to post mine too."

Cellulite is a condition where the skin has a dimpled and lumpy appearance. It affects 90 percent of all women at some point in their lives yet is often airbrushed from pictures or not shown at all.

Fellow celebrities have expressed support for Lovato's post too.

The singer took a short break from the platform in July this year after facing abuse. 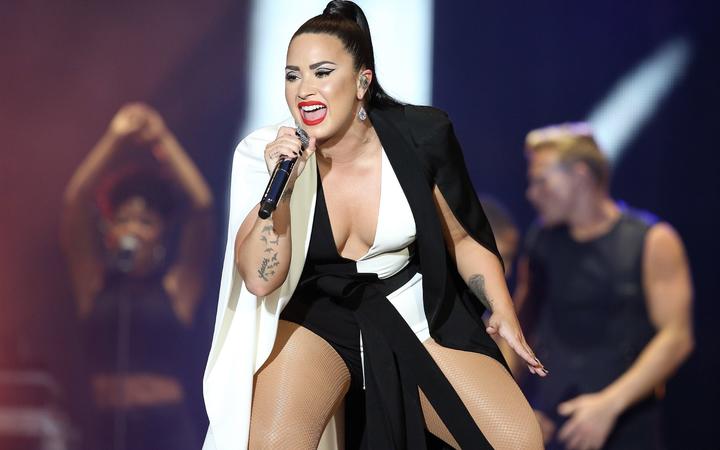 As well as working on new tracks in the studio and appearing as a recurring character in the television show Will and Grace, the star is also working on a film for Netflix called Eurovision.