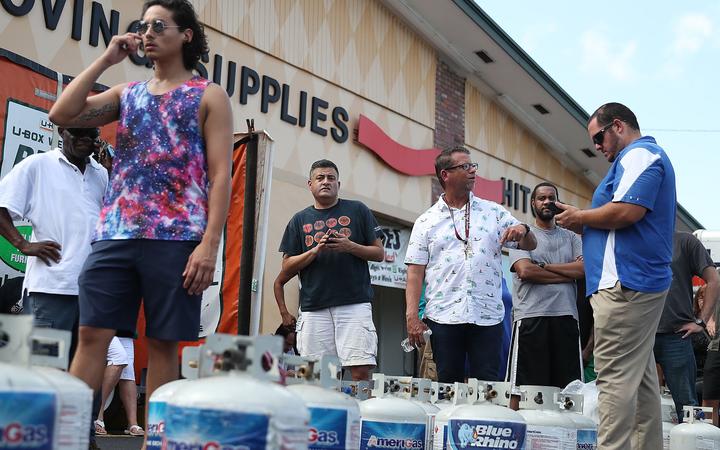 People wait to fill their propane tanks before the arrival of Hurricane Dorian in Boynton Beach, Florida. Photo: AFP

It poses a "significant threat to Florida and the north-western Bahamas", the NHC warned.

It said in a statement that Dorian had grown into an "extremely dangerous" category 4 hurricane, packing maximum sustained winds of 215 kmh as it heads towards Florida.

Orlando International Airport announced it would "cease commercial flight operations" on Monday in anticipation of the hurricane.

Forecasters warn Dorian could be the state's worst storm since category five Hurricane Andrew killed 65 people and destroyed 63,000 homes in 1992.

Dorian is projected to make landfall early next week.

In the Bahamas, evacuations are underway, two days before Dorian is expected to bring a life-threatening storm surge of as much as 3 to 4.5 metres to the northwest of the islands, the NHC said.

Tourists scrambled to leave as Dorian approached its northwestern islands of Grand Bahama and Abaco, eager to take off before the international airport was shut down.

The country is "still reeling" from Hurricane Matthew, which ripped into the Bahamas in 2016, Joy Jibrilu, director general of the Ministry of Tourism said, noting that some hotels took years to make repairs.

"This hurricane will produce catastrophic results," said Captain Stephen Russell, director of the National Emergency Management Agency, as he urged residents of Abaco and Grand Bahama to accelerate storm preparations. 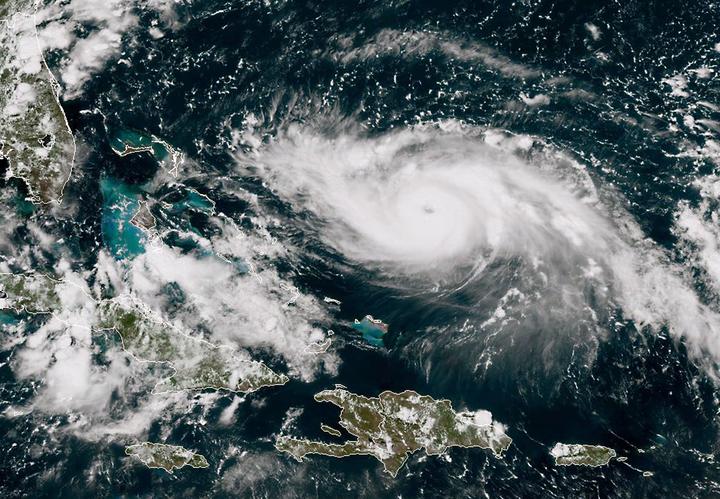 Residents stock up in Florida

On Florida's east coast, items ranging from bottled water to plywood were being bought as quickly as they could be restocked. There were reports some gas stations had run out of fuel.

"They're buying everything and anything that applies to a hurricane, flashlights, batteries, generators," said Amber Hunter, 30, assistant manager at Cape Canaveral's ACE Handiman hardware store.

Florida Governor Ron DeSantis urged residents to have at least a week's worth of food, water and medicine. 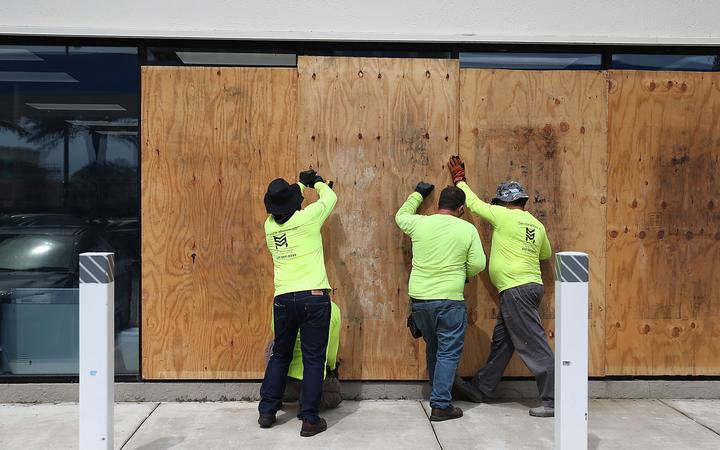 Workers place plywood over windows as they prepare a business for the possible arrival of Hurricane Dorian in Miami Beach. Photo: AFP

The hurricane has the potential to put millions of people at risk along with big vacation parks such as Walt Disney World, the NASA launchpads along the Space Coast, and even President Donald Trump's Mar-a-Lago resort in Palm Beach.

Mr Trump told reporters before leaving for Camp David for the weekend: "We're thinking about Florida evacuations, but it's a little bit too soon. We'll probably make that determination on Sunday."

The storm is moving slowly - at just 17kmh - as it crawls north-west across the ocean surface. Hurricanes tend to get stronger as they move over warm water like that off the Florida coast.

"Dorian is anticipated to remain an extremely dangerous major hurricane while it moves near the north-western Bahamas and approaches the Florida peninsula into early next week," the NHC said.

The NHC warned in an earlier briefing that Dorian could cause "incredibly catastrophic damage" and life-threatening storm surges.

Hurricane Dorian is also expected to drop up to 30cm of rain on the coastal US, with some areas getting as much as 45cm.

Tides in the region are already at some of their highest levels of the year, owing to a naturally occurring event.