Indonesian rescuers searched on Friday for 30 people missing from the blazing wreckage of a ferry off the coast of Java island. 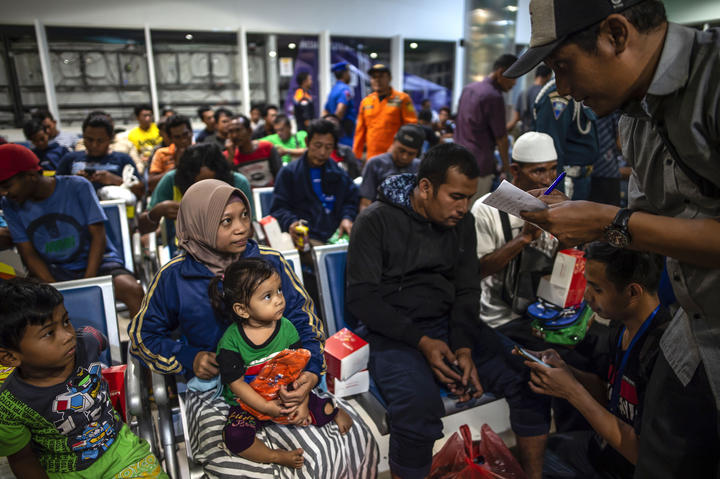 Passengers of a ferry that caught fire gather at Tangjung Perak seaport, after being evacuated, in Surabaya, East Java. Photo: JUNI KRISWANTO / AFP

The KM Santika Nusantara ferry was traveling between the country's second-largest city of Surabaya and the town of Balikpapan on Borneo island with 277 people on board, when it caught fire on Thursday evening, government official Syahrul Nugroho told TV channel TV One.

"About 245 people have been evacuated using small boats, while 30 passengers are still missing," he said.

Officials have given no details on the cause of the fire.

Reports say the crew struggled to extinguish the fire because an onboard power cut meant the water pumps would not work.

About 245 people were able to be evacuated from the burning vessel. But rescue efforts were complicated by the boat's manifest listing only 111 passengers, officials said.

Ferries are an important means of transport in Indonesia, which is made up of some 17,000 islands, and sea connections are cheaper and more extensive than air links.

But safety standards are not always strictly enforced and accidents occur fairly often.