The man accused of carrying out a deadly stabbing rampage in central Sydney on Tuesday will defend the charges laid against him on the grounds of mental illness, his lawyer says.

Mr Ney was charged with the murder of Michaela Dunn, 24, and the attempted murder of a 41-year-old woman.

The other charges include wounding a person with intent to cause grievous bodily harm, intentionally choking with recklessness and common assault.

He allegedly killed Ms Dunn at a Clarence Street unit before stabbing Linda Bo at the nearby Hotel CBD and running around the city streets brandishing a bloody kitchen knife. 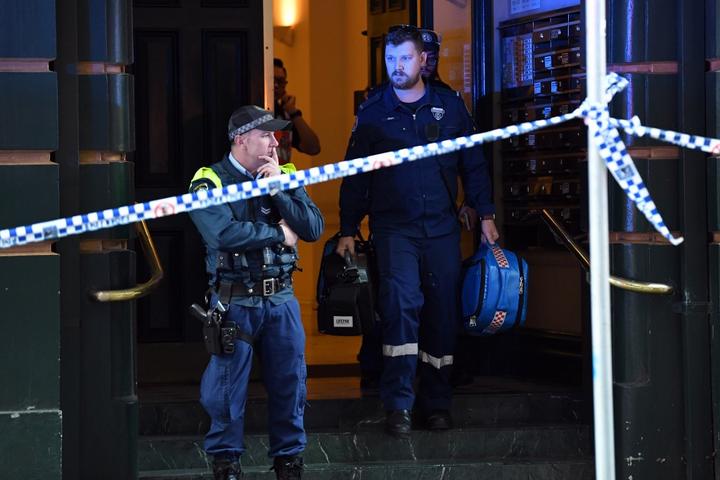 Police investigate a building linked to a violent episode in the Sydney CBD on Tuesday. Photo: AFP

He was apprehended by bystanders, who pinned him down using a chair and milk crate, until police arrived.

Mr Khatiz told reporters outside the court that his client would defend the charges.

"He's going through a very difficult situation at this time," Mr Khatiz said.

"But in relation to the allegations he will be defending the charges under grounds of mental illness.

"It will be a matter for trial at a later time."

He did not apply for bail and his case will return to court on Monday.

The magistrate ordered he be seen urgently by Justice Health.

Mr Ney underwent psychiatric treatment and surgery on his leg after being apprehended by bystanders while wielding a knife in Sydney's centre on Tuesday.

He was treated at Royal Prince Alfred Hospital before being released and taken to Surry Hills Police Station yesterday.