A Russian passenger plane has made an emergency landing in a cornfield near Moscow after striking a flock of birds. 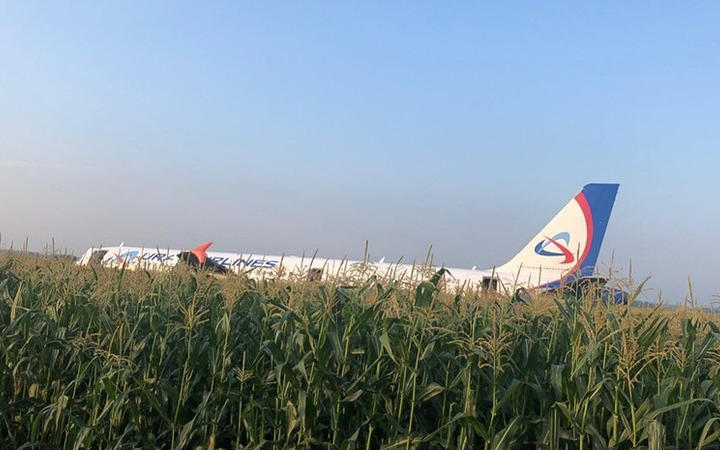 At least 74 people were injured in the incident, which saw the plane land with its engines off and landing gear retracted, emergency officials said.

The Ural Airlines Airbus 321 was travelling to Simferopol in Crimea when it hit the flock of gulls shortly after take-off, disrupting its engines.

State media has dubbed the landing the "miracle over Ramensk". 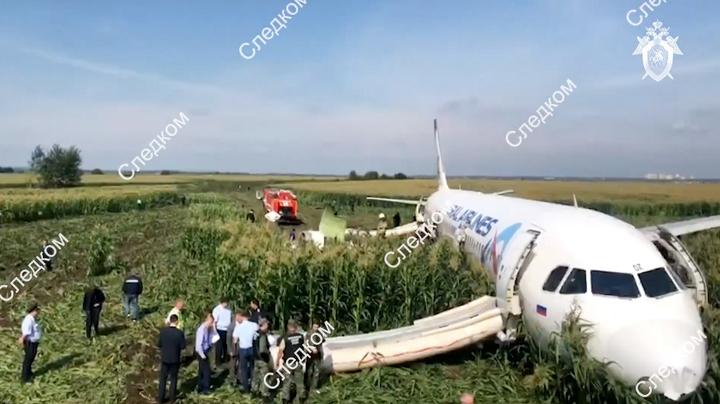 Officials inspect the plane after its crash landing in a video grab released by the Russian Investigative Committee. Photo: AFP

The Kremlin has hailed the pilots as heroes for "saving people's lives and landing the plane". A spokesperson said they would receive state awards soon.

The airline said the plane was significantly damaged and would not fly again. An official investigation is under way.

The plane had more than 230 passengers and crew on board when the birds were reportedly sucked into its engines and the crew immediately decided to land.

#Russia: A-321 of Ural airlines crashlanded near Zhukovskiy of Moscow region after bird strike. 10 wounded. Piliots managed to land a plane in the field https://t.co/r2XoFs37Wt pic.twitter.com/JHRpOOtH9g

"Five seconds later, the lights on the right side of the plane started flashing and there was a smell of burning. Then we landed and everyone ran away," he said.

Air transport agency Rosaviatsia said the plane landed in a cornfield about a kilometre from the runway at Zhukovsky International Airport, with its engines off and landing gear retracted. 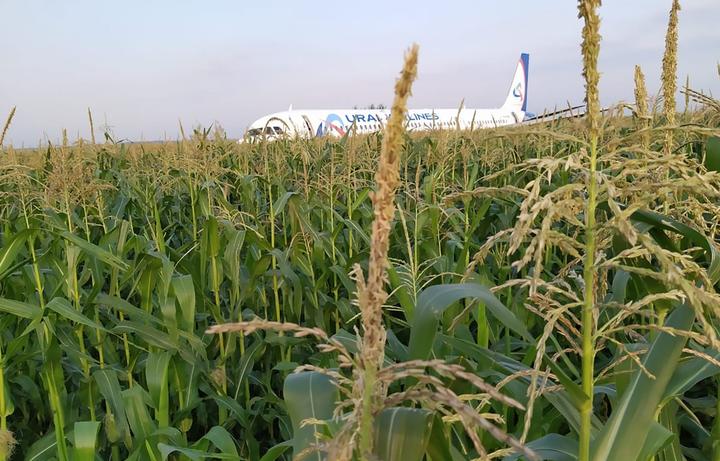 The plane sitting in the field near Zhukovsky Airport, in the Moscow region. Photo: AFP