US President Donald Trump has condemned hatred and white supremacy in a public address following mass shootings that left 31 dead in Texas and Ohio. 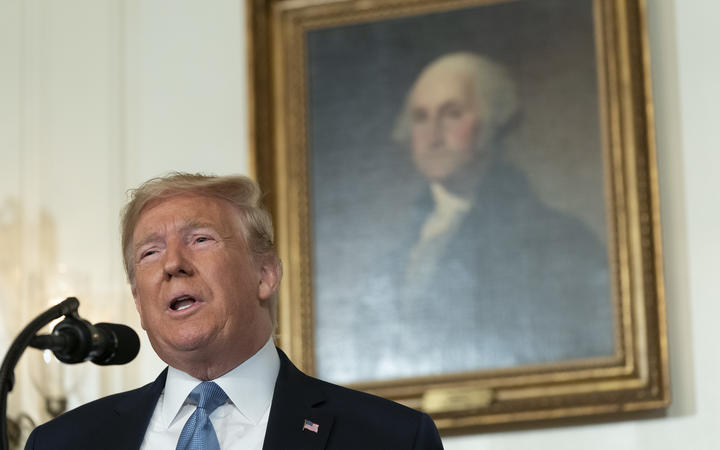 "Mental illness and hate pull the trigger, not the gun," Mr Trump said, speaking at the White House on Monday (local time).

He did not express support for gun control measures proposed in Congress.

"In one voice, our nation must condemn racism, bigotry and white supremacy," Mr Trump said. "These sinister ideologies must be defeated. Hate has no place in America."

His comments came shortly before the suspect in the El Paso, Texas, shooting was charged with capital murder. El Paso police also confirmed on Monday that two more victims died in hospital, raising the Texas death toll to 22.

What else did Trump say?

The president outlined a number of policies, including more co-operation between government agencies and social media companies, changes to mental health laws as well as ending the "glorification" of violence in American culture.

He called for red flag laws that would allow law enforcement authorities to take away weapons from individuals believed to be a threat to themselves or others.

Mr Trump said government agencies must work together and identify individuals who may commit violent acts, prevent their access to firearms and also suggested involuntary confinement as a way to stop potential attackers.

He also said he directed the justice department to propose legislation to ensure those who commit hate crimes and mass murders face the death penalty.

The president criticised the internet and "gruesome" video games for promoting violence in society.

"It is too easy today for troubled youth to surround themselves with a culture that celebrates violence," he said. "We must stop or substantially reduce this and it has to begin immediately."

But he did not address the criticisms of his own harsh rhetoric against illegal immigration, which opponents say has contributed to a rise in racially-motivated attacks.

The president had earlier tweeted that lawmakers in Congress should pass background check legislation in a package with "desperately needed immigration reform".

He did not reference background check policies in his address.

Mr Trump went on to say he was "open and ready to discuss all ideas that will actually work" and said Republicans and Democrats should "join together in a bi-partisan fashion to address this plague". 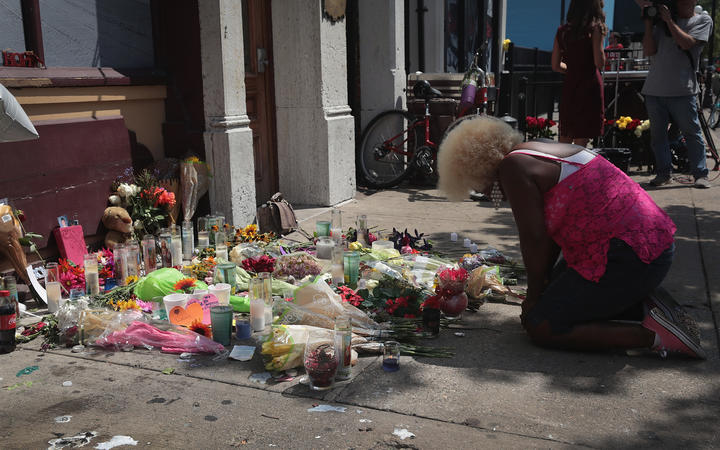 What has Congress done?

Democrats in the House of Representatives passed a bill in February that would mandate new background checks for gun transfers.

The Republican-controlled Senate has not yet taken up the legislation.

In a joint statement, Speaker of the House Nancy Pelosi and Senate Democratic leader Chuck Schumer called for the upper chamber to end its summer recess in order to vote on the background checks bill.

They criticised the president for not mentioning the legislation during his address, saying: "When he can't mention guns while talking about gun violence, it shows the President remains prisoner to the gun lobby and the NRA (National Rifle Association)."

Mr McConnell has not responded to the demands from Democrats.

"State Red Flag laws will provide the tools for law enforcement to do something about many of these situations before it's too late," Mr Graham said in a statement.

What happened in El Paso?

Investigators are now determining whether the mass shooting was a hate crime. Federal hate crime charges can result in the death penalty.

On Saturday, a gunman opened fire with a semi-automatic rifle on a Walmart crowded with families buying back-to-school supplies. He surrendered to police outside the store.

The mass shooting, believed to be the eighth deadliest in modern US history, took place in a city where most of the population of 680,000 is of Hispanic descent.

In addition to the 22 fatalities, 26 people were injured. The victims have not yet been named by police, but Mexico's President Andrés Manuel López Obrador said six Mexican nationals were among the dead and seven others were injured.

The suspect has been named as Patrick Crusius, a resident of the city of Allen, in the Dallas area, about 650 miles (1,046km) east of El Paso.

He is believed to be the author of a document posted before the shooting.

What happened in Dayton?

A gunman killed his sister and eight others in an attack that lasted only 30 seconds at a popular nightlife district in the early hours of Sunday morning. Twenty-seven others were injured.

Officials have not yet stated a motive for the attack. Dayton police chief Richard Biehl said on Monday it was unclear whether the suspect, 24-year-old Connor Betts, intended to kill his sister.

The gunman was seen running towards a nightclub and was stopped by police gunfire as he reached the entrance.

Police said he had worn body armour and came carrying extra ammunition for his semi-automatic rifle with high-capacity magazines.

Chief Biehl said that had the gunman made it inside, "there would have been catastrophic injury and loss of life".

Since the shooting, a number of the gunman's former classmates have came forward to say he was expelled from high school for having a "hit list" of people he allegedly wanted to kill.