Anger over the deportation of New Zealand citizens from Australia is likely to intensify, with Canberra set to introduce even tighter visa requirements.

About 1600 New Zealanders have been sent back across the ditch since 2014, when Australia's visa rules were tightened. Photo: 123rf.com

Successive New Zealand governments have raised concern about the policy.

In 2014, visa holders who had been sentenced to 12 months' jail had their visas automatically cancelled. Since then, the tightened rules resulted in nearly 1600 Kiwi criminals being deported.

In a push to tighten the visas even more, the federal government is now hoping to cancel visas based on a potential jail sentence.

"If they're guilty of a designated offence which is punishable by at least two years jail, but they don't need to be sentenced to two years jail, they just need to commit a crime where the maximum punishment is two years."

The change would be also retrospective. Mr Sherrell, a former Labor Party advisor, said visa holders who had previously passed the character test may find they no longer meet requirements under the new law.

"Anyone who holds a visa who's a non-citizen, this is an automatic provision, they won't be automatically deported but they will fail the character test and then the department or the minister will have a discretionary power to cancel their visa if they see fit."

Every week migration agent, Erina Morunga says she meets another New Zealander being threatened with deportation from Australia.

"I spoke to one guy yesterday, [who's] been here since he was nine months old, when I said, you know, you're a New Zealand citizen, go back to New Zealand, he said 'no, I'm an Australian'."

About 1600 New Zealanders have been sent back across the ditch since 2014, their visas revoked due to criminal offences in their past.

Ms Morounga said she believed that was unfair.

"I deal with a lot of potential clients who are worried about [it]. They've been living in Australia for many years, they have had past convictions, they've not been on the wrong side of the law for even decades but they're really worried about what they should do now.

Immigration Minister David Coleman said: "Under this legislation, they will objectively fail the character test and that's the case regardless of when they committed the offence, as it is with other parts of this Act."

Asked whether this would mean they'd go back through records of people who've committed offences decades ago to determine their visa status, Mr Coleman said: "Well under the Migration Act already people can have their visas cancelled regardless of when those offences were committed, and so the reality is what matters is the offence and we're talking about very serious offences here."

Prime Minister Jacinda Ardern has previously condemned Australia's current policy on her visit to the country. 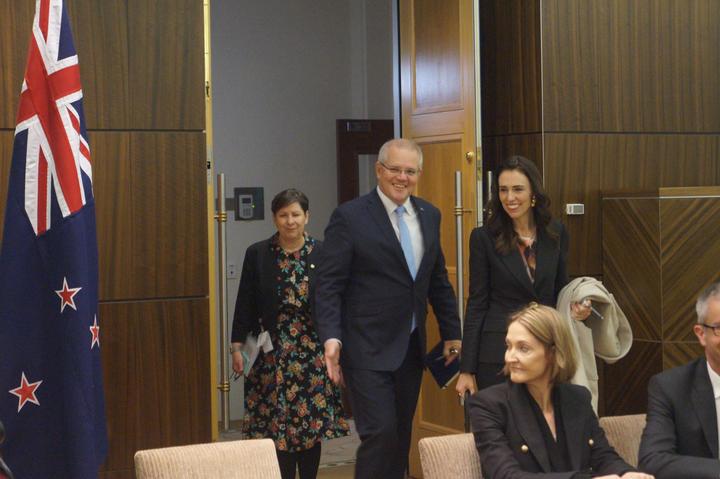 "We've seen cases where's almost to connection of an individual to New Zealand who had been deported. I consider that to be a corrosive part of that policy," Ms Ardern said.

"I will continue to raise that," she said, prior to her July meeting with her Australian counterpart, Scott Morrison.

However, Home Affairs Minister Peter Dutton, speaking ahead of the meeting, warned the policy would not be changed.

Mr Coleman said Kiwis were being treated the same as visa holders from other nations.

"Whether it's New Zealand or France, or the UK, or anywhere, obviously laws should apply equally to people no matter where they're from."

The bill has been referred to a Senate Committee which is due to report back in September.