Ajbi Lal sat quietly weeping outside an Islamabad court while she waited to learn if her teenage daughters would be returned to her. 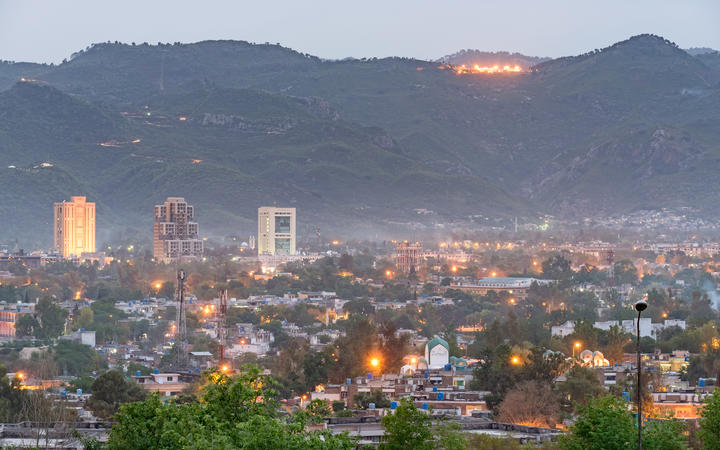 People passing by pointed and laughed at her attire and jewellery, which denoted her status as a Hindu village woman from one of Pakistan's poorest provinces.

Ms Lal's two daughters, Reena and Raveena, have become the faces of forced conversion in Pakistan.

Their parents say they were abducted, forced to convert to Islam, and married off to Muslim men.

It is a practice that human rights groups say has been going on for years, targeting Christian and Hindu girls from poor families and low castes.

The court hearing was to determine whether Reena and Raveena would either be returned to their parents, or to their Muslim husbands.

The story of their conversion hit the headlines in Pakistan when video of their marriages went viral on social media.

That was followed by video of them reciting Islamic verses to camera in unison and declaring they had converted of their own free will.

The Lals fight for their girls

When Reena and Raveena's father finally tracked down his daughters, he protested outside the local police station, begging them to intervene. 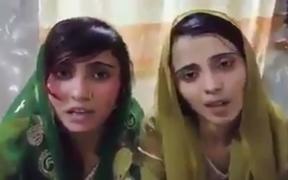 Their husbands were both already married with children when they wed the teenage sisters.

The case eventually went to court, but the judge was not ruling on whether they had been kidnapped. The only issue was their age.

The girls' parents said they were 13 and 15, which would make the marriages illegal.

Their new husbands said they were 18 and 19.

The sisters do not have birth certificates, so they were sent to an Islamabad forensic institute for their ages to be determined.

Based on that evidence, the court found they were above the legal marriageable age and returned them to the custody of their new husbands.

A large group of men from the Islamic seminary where they were converted celebrated outside the court.

The girls' mother walked away from the courthouse quietly, crying as she exited the compound.

"There has been a consistent stream of conversions of lower caste minor Hindu girls over the past several years," the commission wrote in its annual report in April.

"Around 1,000 Christian and Hindu minority women were converted to Islam and then forcibly married off to their abductors or rapists," the commission reported.

Pakistan's Imran Khan made his first visit to the United States as Prime Minister this week, meeting with US President Donald Trump to discuss issues such as economic and military cooperation.

But before the leaders met, a group of US congressmen wrote to Mr Trump expressing their concerns about human rights abuses in Pakistan.

In a letter to Mr Khan, the congressmen raised the forced conversion of girls from minority groups in the southern province of Sindh.

"They are married off to men decades their senior," they wrote.

"Shockingly there are no laws banning forced conversions."

The resolution was supported unanimously, including by local members of Mr Khan's Tehreek-e-Insaf (PTI) party as well as the hard-line Jamaat-e-Islami group.

But the families of converted girls say local authorities, including the police, turn a blind eye to the practice.

Pakistan's Government maintains that it protects its religious minorities.

But high-profile cases of alleged forced conversion, as well as cases such as the blasphemy charges levelled against Christian woman Asia Bibi, have put pressure on the country to do more to protect freedom of religion.

Sindh province borders India, and its Hindu population has declined since Pakistan was declared a nation in 1947.

With a population of 7 million, Hindus remain the largest minority group in Pakistan.

"Their perceived association with India has made life for them tougher than other religious minorities in Pakistan," the commission said.