Hundreds of firefighters have been deployed to central Portugal where several wildfires have forced people to flee their homes. 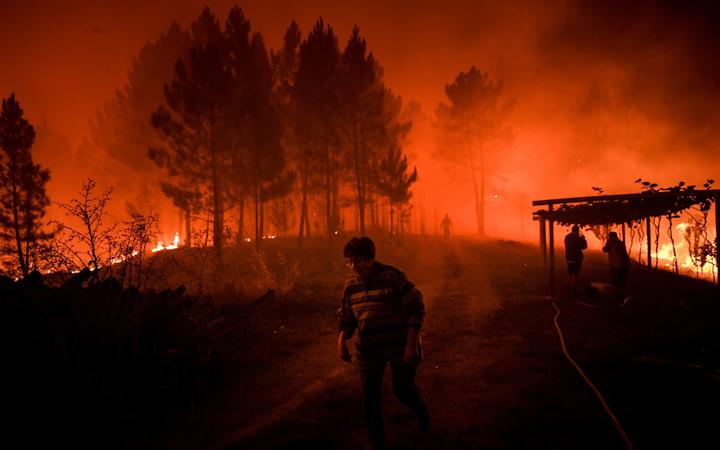 A villager walks past a wildfire encroaching on her home in Amendoa in Macao, central Portugal on Sunday, 21 July. Photo: AFP / PATRICIA DE MELO MOREIRA

One person has suffered serious injuries. At least seven firefighters have also been hurt.

Helicopters and planes have been used to douse three blazes in the mountainous Castelo Branco region, where at least one village was evacuated.

On Sunday, officials said two of the fires had been brought under control. 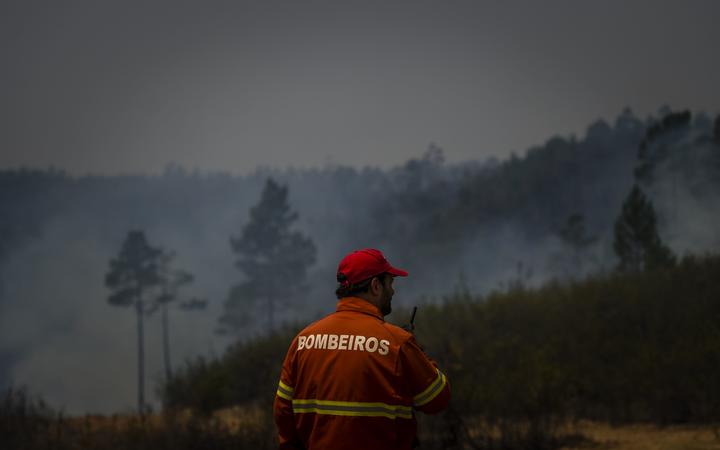 The fires started on Saturday afternoon and were fanned by strong winds that made them more difficult to contain.

"We are ready for a difficult day," Belo Costa, a civil protection official, told reporters early on Sunday.

Hundreds of vehicles, including four bulldozers, have been used to tackle the fires. Army soldiers have been deployed. 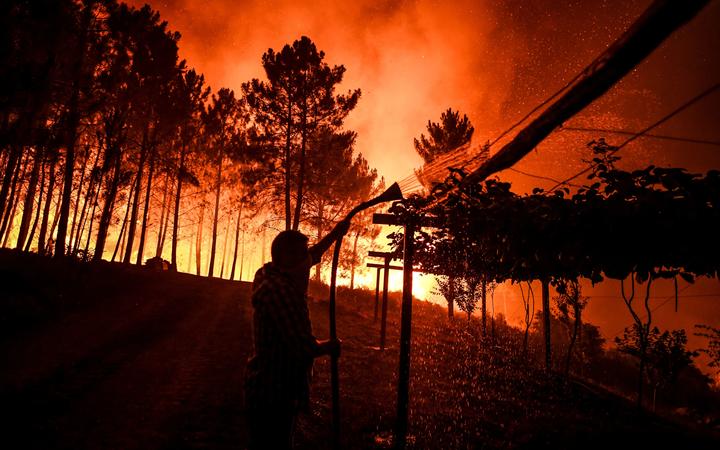 A villager holds a hose as a wildfire comes close to his house at Amendoa in Macao on Friday. Photo: PATRICIA DE MELO MOREIRA / AFP

More than 1000 firefighters were deployed, AFP reported, and at least one village was evacuated as the huge fires spread.

A person who suffered first and second degree burns was taken by helicopter to a hospital in the capital, Lisbon. 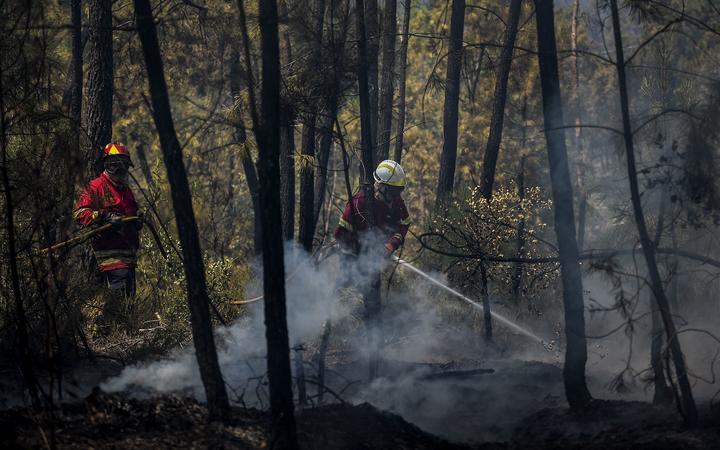 A firefighter tackles a wildfire near a house in Sarnadas on Friday. Photo: PATRICIA DE MELO MOREIRA / AFP

Temperatures in the Castelo Branco region are expected to reach 31C (88F) on Sunday. Six regions in central and southern Portugal have been placed on maximum fire alert.

Wildfires are an annual problem in Portugal. The country is warm, heavily forested, and affected by strong winds from the Atlantic.

Dozens of people were killed in huge fires there in 2017. 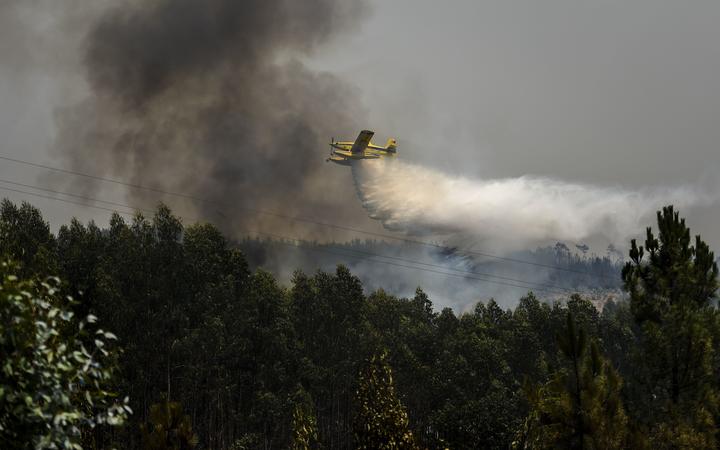