Brexit opponents hoisted a "Boris blimp" portraying the UK's likely next prime minister as a crying child as they demonstrated outside parliament today. 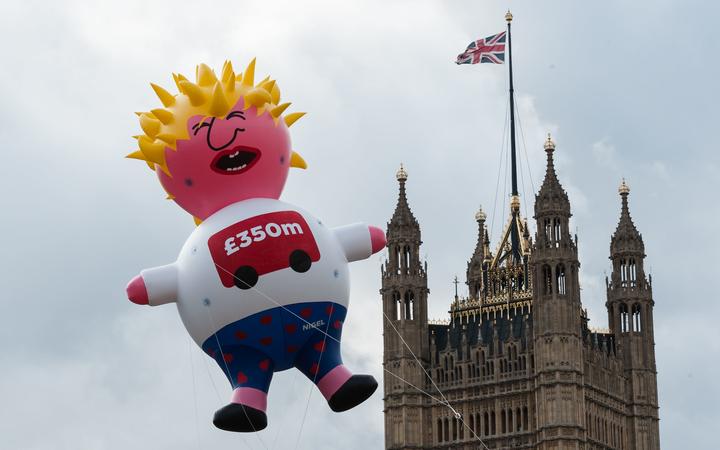 The Boris Johnson balloon flies next to the Houses of Parliament in London. Photo: AFP

The pro-European March for Change is holding a "No to Boris, Yes to Europe" event, and includes a blimp depicting him.

Inspired by the orange blimp of a baby Donald Trump that mocked the United States president during his visit to London last month, the balloon featured Mr Johnson in a T-shirt emblazoned with a red bus and the figure "£350m" on its front, symbolising the leave campaign's pledge of money towards Britain's state health service instead.

Campaigners are asking for Mr Johnson to "stop the Brexit chaos".

Either he or Jeremy Hunt will be named as Theresa May's replacement as prime minister next week. 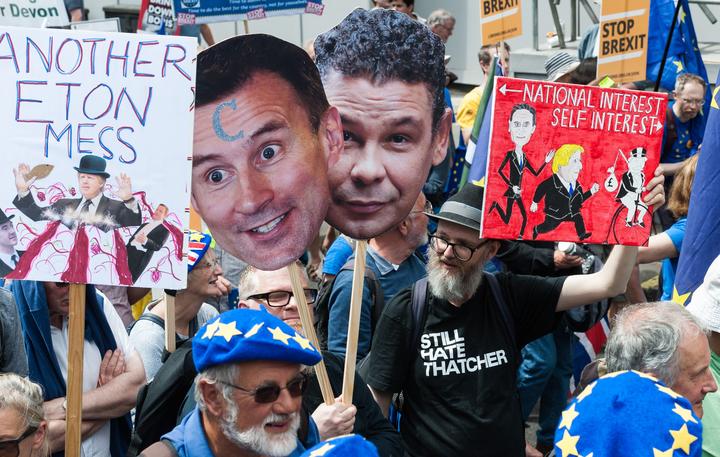 Former foreign secretary Mr Johnson, who has declined to comment on the march, is seen as the frontrunner in the contest.

He said the UK would leave the European Union by 31 October "come what may" under his tenure, while Mr Hunt said he expected this to happen by Christmas.

Mr Johnson has claimed Brexit "done right" could "cement and intensify" the union between the UK nations.

The March for Change organisers said: "We won't put up with a hard Brexit PM being imposed on the country and hurtling us towards the cliff edge."

Brexit without a divorce deal would abruptly wrench the world's fifth largest economy away from the EU bloc. Critics say this would undermine global growth, buffet financial markets and weaken London's position as the pre-eminent international financial centre. 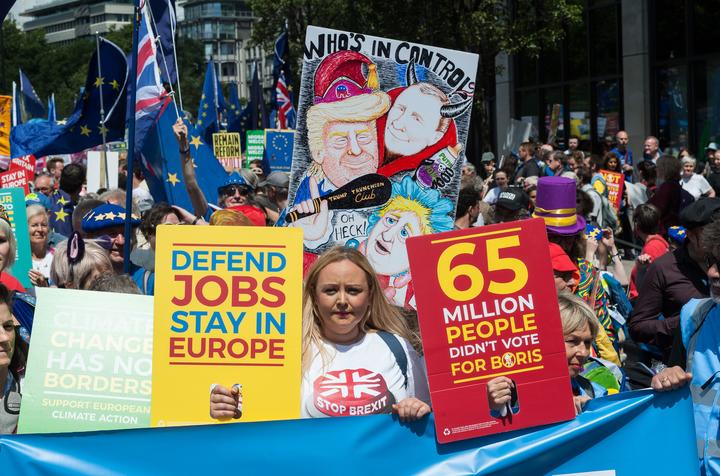 Protesters fear chaos if Britain crashes out of the EU without any deal. Photo: AFP