At least 33 people are dead and dozens injured after a man set fire to an animation studio in the Japanese city of Kyoto, officials say. 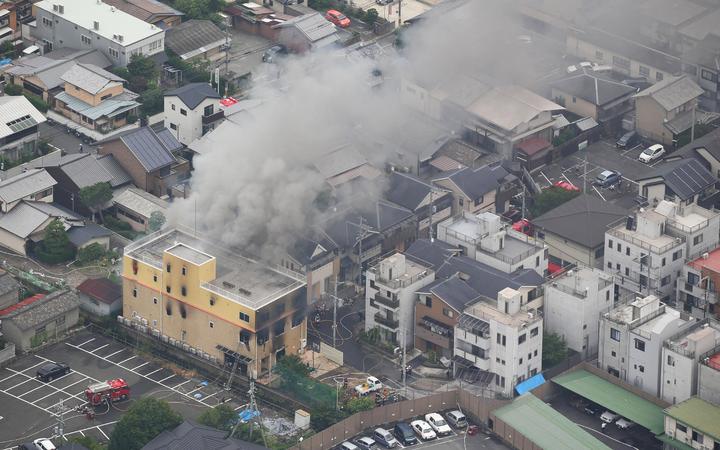 Police said the 41-year-old suspect broke into the Kyoto Animation studio on Thursday morning and sprayed petrol before igniting it. 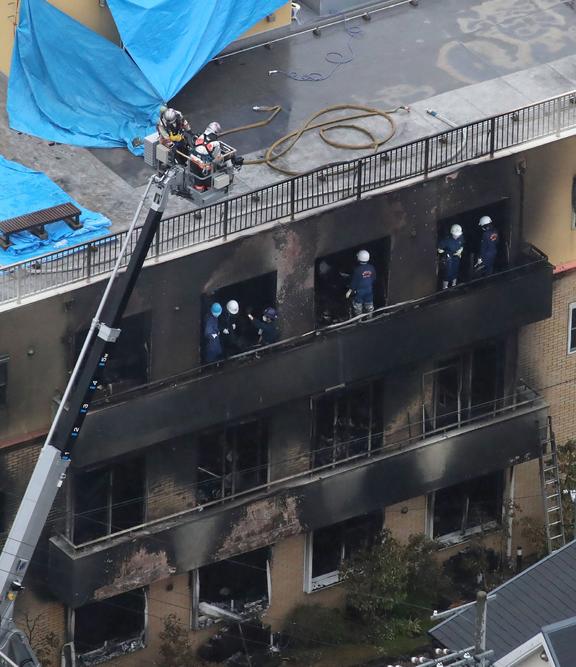 An aerial view of firefighters in the upper levels of the building. Photo: AFP

The suspect, who has not been named, has been detained and was taken to hospital with injuries.

"A man threw a liquid and set fire to it," a Kyoto prefectural police spokesman told news agency AFP.

Public broadcaster NHK said the man had been heard saying "drop dead" as he set fire to the building. Police also found knives at the scene, local media reported.

Japan's Prime Minister Shinzo Abe said the incident was "too appalling for words" and offered condolences.

Kyoto Animation, known as KyoAni, produces films and graphic novels and is well regarded by fans for the quality of its productions.

The fire broke out at the three-storey building about 10.30am local time.

People near the site said they heard a series of explosions that rapidly engulfed the building and later saw people carried out in blankets.

"A person with singed hair was lying down and there were bloody footprints," a 59-year-old woman living nearby told news agency Kyodo.

More people could still be on the top floor, which was still filled with thick smoke, BBC's correspondent said.

"We are trying to bring out several victims who are trapped inside the three-story building, including ones who may not be able to move by themselves," a fire department spokesman told AFP.

A fire official told reporters that at least 10 victims had been found on the stairs linking the second floor to the roof.

About 70 people were in the building when the fire started, fire officials said, with reports also saying 36 were in hospital, some in a critical condition.

Who is the suspect?

Latest reports say the man is not a former employee - but eyewitnesses say he appeared to be angry with the animation studio.

They said he ran away from the building towards a nearby train station after the fire started but fell to the ground. Some reports said he was pursued by employees of Kyoto Animation.

"A person with singed hair was lying down and there were bloody footprints," a 59-year-old woman living nearby told news agency Kyodo.

"He seemed to be in pain, irritated and suffering, but also angry as if he was resentful. I heard him saying something like 'you copied it'," a neighbour said.

The Asahi Shimbun newspaper quoted a 61-year-old neighbour as saying she clearly heard the man shout: "You ripped me off."

The suspect was injured and was being treated in hospital, so police could not immediately question him, NHK said.

Japanese media reports said a man in his 40s had earlier bought 40 litres of petrol at a nearby petrol station. Two containers used for the fuel were later found at the scene of the fire, Asahi Shimbun newspaper reported. 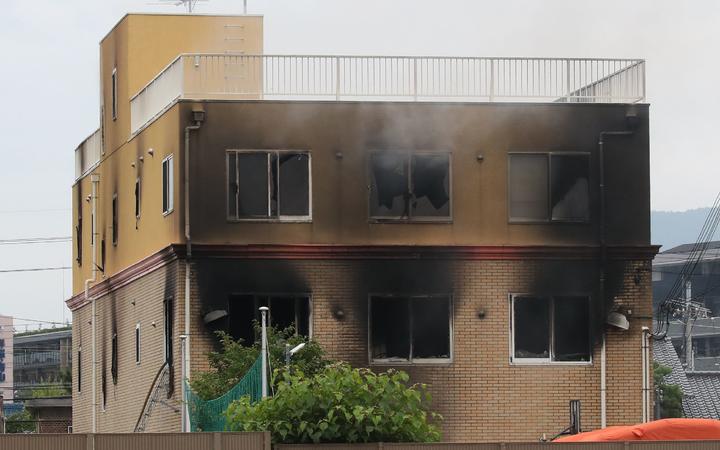 "They were addressed to our office and sales department and told us to die," he said.

Mr Hatta told reporters that he was "heartbroken" at the attack.

"It is unbearable that the people who helped carry Japan's animation industry were hurt and lost their lives in this way," he said.

Studio's work picked up by Netflix

Kyoto Animation, known as KyoAni, was founded in 1981 and produces popular animation shows including K-On and The Melancholy of Haruhi Suzumiya.

One of KyoAni's series, Violet Evergarden, was picked up by Netflix for a global market.

On social media, many fans have been expressing their shock and posting pictures of their favourite KyoAni shows.

My thoughts and prayers to Kyoto Animation Studio and it’s workers who brought many of us pure joy, tears and unforgettable moments. May those artists get well soon. pic.twitter.com/MgPUAKqxjk