Dutch airline KLM has caused an uproar on Twitter after telling a customer it might ask mothers to cover themselves while breastfeeding. 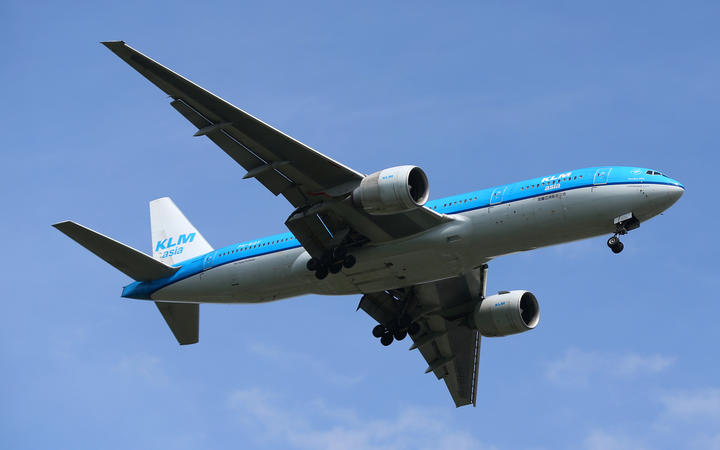 KLM told Heather Yimm that breastfeeding on flights is allowed, but if other passengers are offended they may be asked to cover up.

KLM told the BBC it is trying to "keep the peace on board" its flights.

"Of course, breastfeeding is permitted on board KLM flights.

"However, not all passengers feel comfortable with breastfeeding in their vicinity, and sometimes these passengers complain to the cabin staff," said a KLM spokesperson.

The spokesperson said its aim in such cases was to "try to find a solution that is acceptable to everyone and that shows respect for everyone's comfort and personal space".

"This may involve a request to a mother to cover her breast," she added.

Breastfeeding is permitted at KLM flights. However, to ensure that all our passengers of all backgrounds feel comfortable on board, we may request a mother to cover herself while breastfeeding, should other passengers be offended by this.

KLM's response has sparked a flurry of requests from Twitter users asking other airlines, such as British Airways and EasyJet, about their breastfeeding policies.

British Airways told the BBC that it would never look to stop a mother from breastfeeding, and would assist in providing privacy if requested.

"We carry thousands of infants and their families on our flights every year, and we welcome breastfeeding on board," said a spokesperson.

Meanwhile, EasyJet's official policy says that it "supports breastfeeding mothers", and passengers are welcome to feed their babies on board "at any time".

Labour and Co-operative Party MP Stella Creasy tweeted that she felt KLM had gone "beyond the pale".

Great message there @KLM - come to the Netherlands where there's a red light district and dope is on tap, but god forbid a woman feed a baby in public - now that really is beyond the pale....#jogon https://t.co/WRQ2swdFFe