A magnitude 7.3 earthquake struck the Moluccas islands in eastern Indonesia today, the US Geological Survey (USGS) reported, killing one person and causing panic among residents. 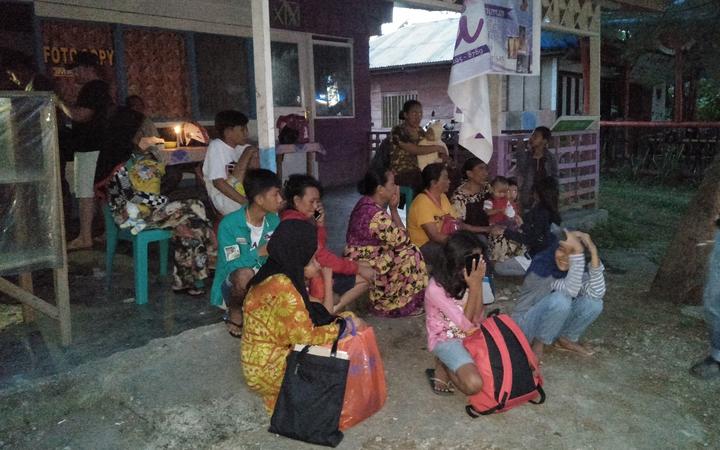 Villagers stay out of their homes following the 7.3 earthquake. Photo: AFP

The quake occurred at a depth of 10km in an area 168km south-southeast of the city of Ternate, the USGS said.

Indonesia's meteorology agency (BMKG) recorded the quake at 7.2 magnitude and was not in danger of causing a tsunami. 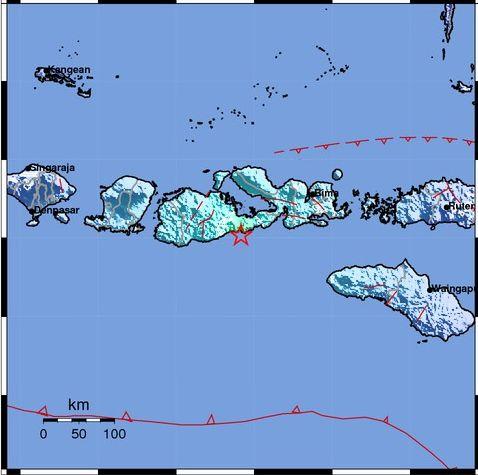 The country's disaster mitigation agency said on Twitter a woman in South Halmahera died due to the quake, without giving further details.

Within less than four hours since the main quake, the disaster agency recorded at least 30 aftershocks, it added.

Iksan Subur, an official with Indonesia's disaster mitigation agency based in the regency of South Halmahera, near the earthquake's epicentre, said people in the area panicked and ran out of their houses.

People who lived near the ocean left for higher ground despite reassurances from officials that the quake did not have tsunami potential.

In a video uploaded on Twitter a few hours after the quake, authorities asked people to return to their houses.

The BMKG said the main quake was felt in other parts of Indonesia, including cities on Sulawesi island and in Sorong on Papua island.

Last week, the BMKG issued a tsunami warning, which was later lifted, after a magnitude 6.9 quake hit off the northeastern shore of Sulawesi, west of Sunday's quake.

Indonesia is situated on the so-called Pacific Ring of Fire, which is frequently hit by earthquakes and sometimes accompanying tsunamis.

The most devastating in recent Indonesian history was on 26 December 2004, when a magnitude 9.5 quake triggered a massive tsunami that killed around 226,000 people along the shorelines of the Indian Ocean, including more than 126,000 in Indonesia.

Last year, a tsunami hit the city of Palu in Sulawesi, killing thousands.