A magnitude-6.6 earthquake in the Indian Ocean has been felt across large parts of Western Australia. 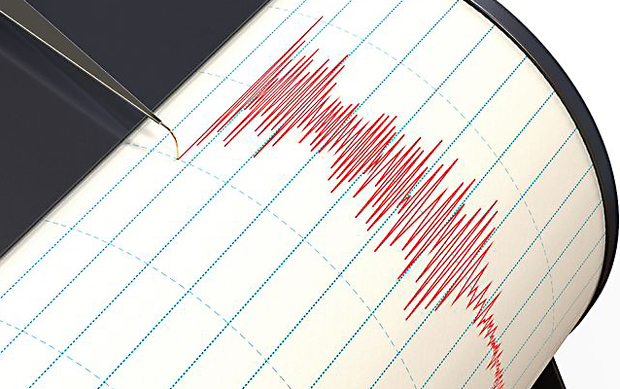 The quake struck about 200 kilometres off the coast, between Broome and Port Hedland at 1.39pm local time.

Geoscience Australia has updated the quake after earlier reporting it as a magnitude 6.5.

It makes Sunday's quake the most powerful to hit WA in recent times, although its impact is nowhere as severe as the magnitude 6.5 quake which hit the Wheatbelt town of Meckering over 50 years ago.

Authorities have received more than 1000 reports in total, including from residents across the Kimberley and as far away as Perth and Darwin.

There has been minor structure damage to buildings around Broome.

Stock at a number of stores was damaged when goods fell to the floor during the tremor.

The Joint Australian Tsunami Warning Centre website stated there was no risk of a tsunami.

Geoscience Australia seismologist Phil Cummins said it was not a common event.

"It's quite rare … you might see this event every 20 years.

"There's been over 1000 felt reports all the way from Darwin to Perth and there have been preliminary reports of some damage.

"It's always difficult to say whether it could be a preview to something bigger.

"You certainly can expect aftershocks, so there will definitely be earthquakes that are smaller than this one occurring with less and less frequency as time goes by, less and less intensity.

"People should be aware that there's always a possibility this could trigger another one nearby."

The earthquake was also felt strongly on the Dampier Peninsula north of Broome.

"It was pretty freaky, the building started creaking and carrying on."

Shortly after the quake, Mr Channing received a call from his sister-in-law, who had been in Broome's shopping centre when it struck.

"She said everyone in the shopping centre bolted - the glass in the windows was shaking and everything, and everybody just started running."