Prosecutors have accused jailed US financier Jeffrey Epstein of paying large amounts of money to two people who could be potential witnesses in his child sex trafficking case in an effort to influence them. 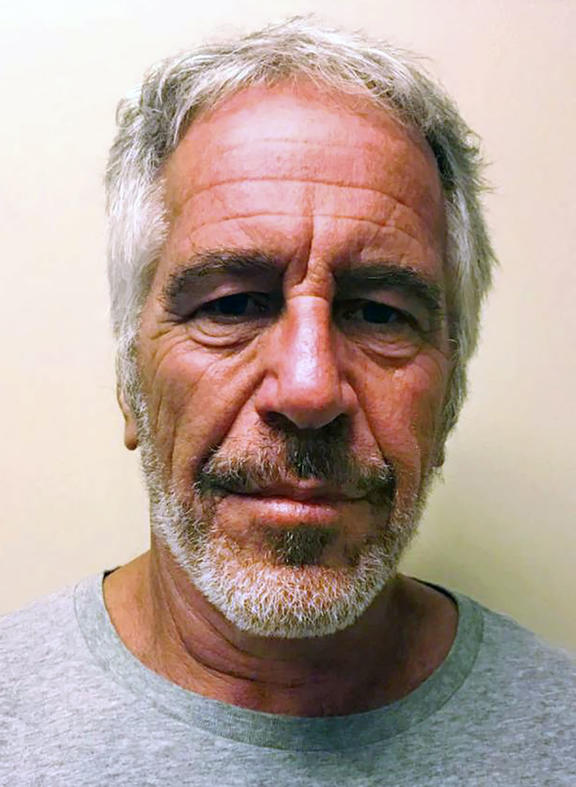 The allegations were made in a court filing asking that Epstein be denied bail while he awaits trial.

Epstein has pleaded not guilty.

He is due in court on Monday for a hearing to consider his request for bail.

His lawyers have not yet commented on the payout claims.

In the filing, prosecutors said the 66-year-old made the payments late last year, just days after The Miami Herald began publishing articles about a plea deal Epstein reached to avoid federal sex trafficking charges in 2008.

He paid one person named as a possible co-conspirator in the case $100,000 and the other suspected co-conspirator $250,000, the prosecutors allege. They did not name the two people who received the money.

"Neither of these payments appears to be recurring or repeating during the approximately five years of bank records presently available to the government," they said.

"This course of action, and in particular its timing, suggests the defendant was attempting to further influence co-conspirators who might provide information against him in light of the recently re-emerging allegations."

Epstein was arrested on 6 July and has been charged with sex trafficking and conspiracy.

According to an indictment, the wealthy financier paid girls under the age of 18 to perform sex acts at his Manhattan and Florida mansions between 2002 and 2005.

He has asked to be allowed to await trial under house arrest, but prosecutors argued in the court filing on Friday that he should be kept behind bars.

They cited his payments to possible witnesses and the risk that he would flee as reasons to keep him in jail, while describing him as "unrepentant and unreformed".

The prosecutors' filing came as US Labour Secretary Alex Acosta announced that he was resigning amid criticism of his role in the 2008 plea deal.

Why did Mr Acosta step down?

In the previous case against him, Epstein was accused of abusing dozens of teenage girls between 1999 and 2007.

Mr Acosta was then the US Attorney in Miami and oversaw the non-prosecution deal with Epstein, which allowed the financier to serve 13 months in jail - with much of that time spent on work release at his Palm Beach office.

The deal has come under increasing scrutiny with the new charges against Epstein this week.

US President Donald Trump told reporters that he and Mr Acosta spoke on the phone earlier on Friday and that it was Mr Acosta's decision to step down.

Mr Acosta told reporters: "I do not think it is right and fair... to have Epstein as the focus rather than the incredible economy that we have today."

But he added: "It would be selfish for me to stay in this position and continue talking about a case that's 12 years old."

Who is Jeffrey Epstein?

New York-born Epstein worked as a teacher before moving into finance.

Prior to the criminal cases against him, he was best for his wealth and high-profile connections.

He has long been surrounded by the rich and powerful, including President Trump, former President Bill Clinton and the UK's Prince Andrew.

In a 2002 profile in New York Magazine, Mr Trump referred to Epstein as a "terrific guy".

"He's a lot of fun to be with," he said. "It is even said that he likes beautiful women as much as I do, and many of them are on the younger side."

However, Mr Trump has said the pair fell out "12 or 15 years ago" and reiterated on Friday that he was "not a fan of Jeffrey Epstein".