A slow-moving storm is forming into a likely hurricane in the Gulf of Mexico, and is forecast to hit the already-flooded United States city of New Orleans. 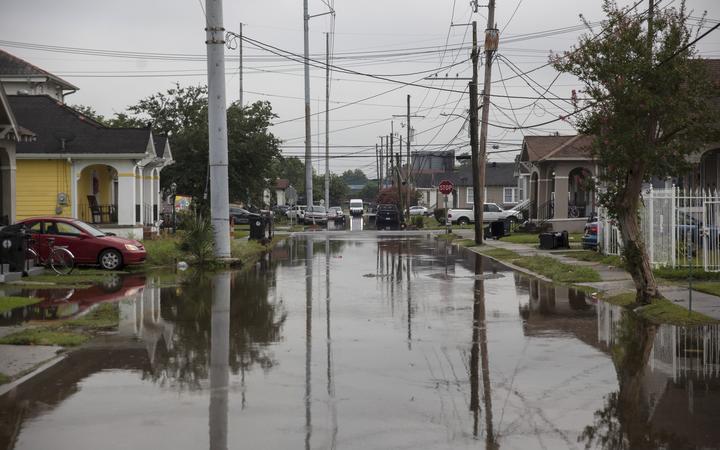 A flooded street in New Orleans after thunderstorms triggered flash floods in the city. Photo: AFP

The storm, which is currently classified as a tropical storm, has already brought thunderstorms to the city, triggering flash floods.

A state of emergency is in effect and residents in some low-lying areas have been asked to evacuate.

"We're confident the levees themselves are in good shape. The big focus is height," Ricky Boyett, a spokesman for the US Army Corps of Engineers, which maintains the fortifications, told Associated Press.

Yesterday, the New Orleans metro area was hit by as much as 20cm of rain over a three-hour period. Swamped streets saw rubbish bins overturned and vehicles flooded. Some parts of the city saw streets turn into lakes as deep as 1.3 metres. Kayakers were seen paddling on roadways.

The National Hurricane Centre said today that the storm was around 150km south-east of the mouth of the Mississippi River, with maximum sustained windspeeds of 64 km/h.

The tropical storm has been given the name Barry by US weather forecasters.

At winds of 120km/h it will be declared a hurricane, as it is forecast to become before making landfall in the delta of the Mississippi River tomorrow.

Residents have been warned to stock up on drinking water and non-perishable food, as well as other emergency supplies.

Plaquemines Parish, south of New Orleans, has ordered residents to evacuate. Vermilion Parish, to the west of the city, has asked some people living in low-lying areas to consider moving to higher ground.

Storm surges are expected to see rivers and tides crest at levels far higher than average, officials warn. The primary danger is in the amount of water from surges and rainfall, according to emergency responders, rather than wind damage.

The danger has been compounded by the abnormally high levels of water in the Mississippi River, which is swollen from months of above-average rainfall. 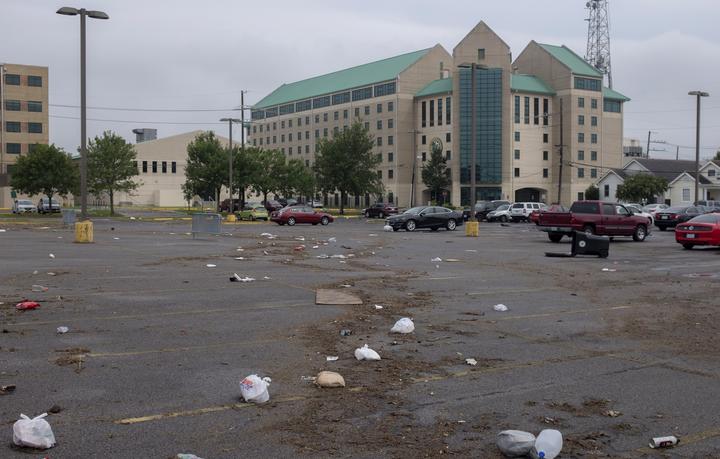 Debris is strewn across a parking lot in New Orleans after the heavy rain. Photo: AFP

The National Hurricane Centre warns that the storm may produce tornados along southern portions of Louisiana and Mississippi. Officials warn that even if the storm does not form into a hurricane, heavy rain could still create dangerous conditions lasting for days.

"No-one should take this storm lightly," said Governor John Bel Edwards as he declared a state of emergency. "As we know all too well in Louisiana, low intensity does not necessarily mean low impact."

New Orleans Mayor Latoya Cantrell said at a news conference the city's anti-flood water pumps are working at "optimal capacity", but cautioned: "We cannot pump our way out of the water levels and the waterfalls that are expected to hit the city of New Orleans."

She, and other city officials, asked people to bring in their rubbish bins, and clear yards and streets to prevent debris from choking street drains and gutters or becoming airborne "projectiles".

New Orleans Police Superintendent Shaun Ferguson said officers are "all hands of deck" and said all leave has been cancelled for police officers.

The National Guard has sent a large contingent to New Orleans to assist in rescue and recovery operations, and to transport equipment into the city.