The area surrounding Chernobyl - the site of the world's worst nuclear accident - is to be turned into a tourist site, Ukraine's president says. 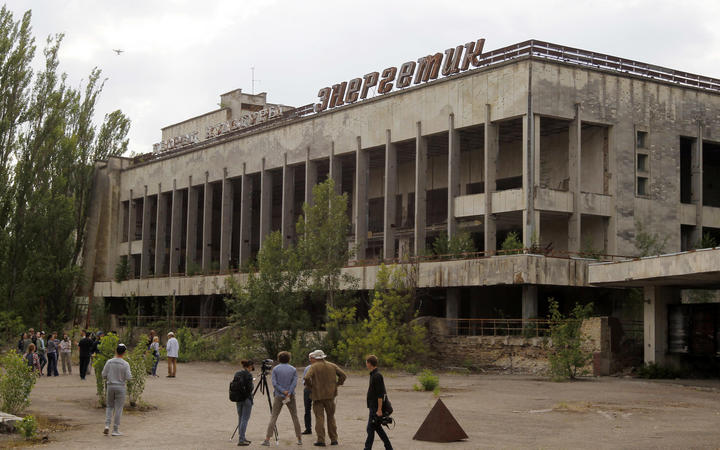 President Volodymyr Zelensky has signed a decree that sets out plans for new walking trails and enhanced mobile phone reception.

"Chernobyl has been a negative part of Ukraine's brand," Mr Zelensky said. "The time has come to change this."

A reactor at the Chernobyl nuclear power station exploded in April 1986.

It sent a radioactive plume across Europe and, according to the UN, nearly 50,000sq km of land were contaminated.

At least 31 people were killed in the immediate aftermath and the effects of the explosion continue to be felt to this day.

"We will create a green corridor for tourists," Mr Zelensky said in his announcement. "Chernobyl is a unique place on the planet where nature [has been] reborn after a huge man-made disaster."

"We have to show this place to the world: to scientists, ecologists, historians [and] tourists," the president said.

Despite the radiation levels being higher than normal, thousands of tourists already take the trip to Chernobyl every year.

The new decree outlined plans for waterways and checkpoints in the area. It also revealed that restrictions on filming the site would be lifted.

The government will also crack down on corruption by introducing an electronic ticket system for visitors.

"The exclusion zone is also a symbol of corruption," Mr Zelensky said. "This includes bribes that law enforcers collect from tourists. We will stop all of this very soon." 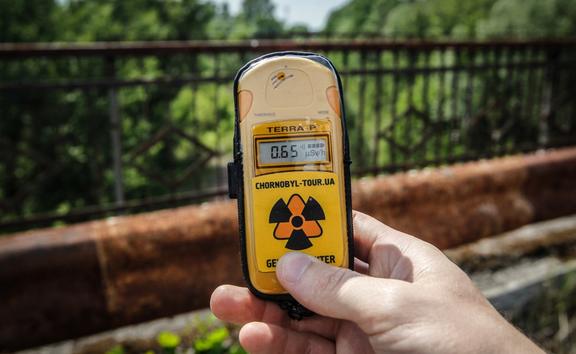 A visitor measures the level of radiation on the so-called Death bridge in the abandoned city of Pripyat, near the Chernobyl nuclear power plant, Ukraine, on 7 June 2019. Photo: AFP

President Zelensky, who was elected earlier this year, was speaking at an official inauguration ceremony for a new metal dome that encases the destroyed reactor.

The shield - which cost US$1.7bn (NZ$2.66bn) to build - was moved into place in 2016 and is designed to prevent further radioactive material leaking out over the next century.

The number of people killed by the Chernobyl disaster remains disputed.

It is known that around 5000 cases of thyroid cancer - most of which were treated and cured - were caused by the contamination.

Many suspect that the radiation has or will cause other cancers, but the evidence is patchy.

Amid reports of other health problems - including birth defects - it still is not clear if any can be attributed to radiation.