Tens of thousands of anti-government protesters have taken to the streets of Hong Kong for the first time since the storming of parliament on 1 July. 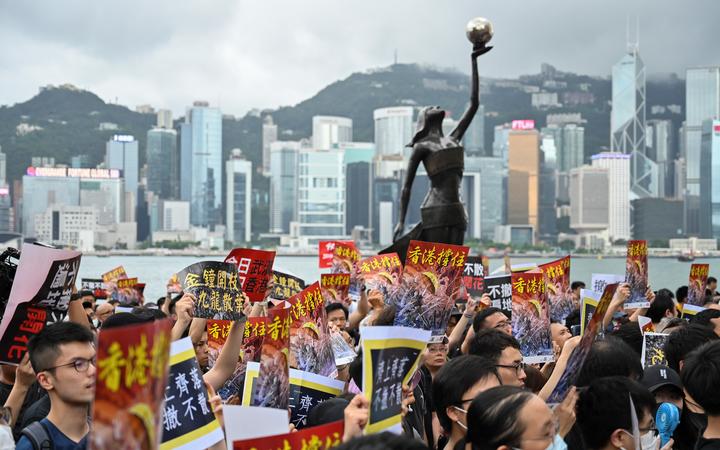 Protesters gather to take part in a march to the West Kowloon railway station, where high-speed trains depart for the Chinese mainland, during a demonstration against a proposed extradition bill in Hong Kong on 7 July. Photo: AFP

Protesters marched in an area popular with mainland Chinese tourists, in a bid to explain their concerns over a controversial extradition bill.

Hong Kong enjoys rights and freedoms not seen on mainland China, including free speech and the right to protest.

Later on Sunday riot police charged a group of protesters with batons.

Police had warned the group to disperse. Demonstrators were seen using umbrellas to defend themselves from the charge.

The territory has seen multiple protests during the past month over a controversial extradition bill proposed by the government.

The government said the bill would plug legal "loopholes" that prevented it from extraditing criminals to certain countries - but critics said those in Hong Kong would be exposed to China's deeply flawed justice system.

The bill was suspended after a number of large protests - however demonstrators are calling for it to be scrapped completely, and demanding an investigating into alleged police brutality.

Hong Kong, a former British colony, is part of China but run under a "one country, two systems" arrangement that guarantees it a level of autonomy. It has its own judiciary, and a separate legal system, compared to mainland China. 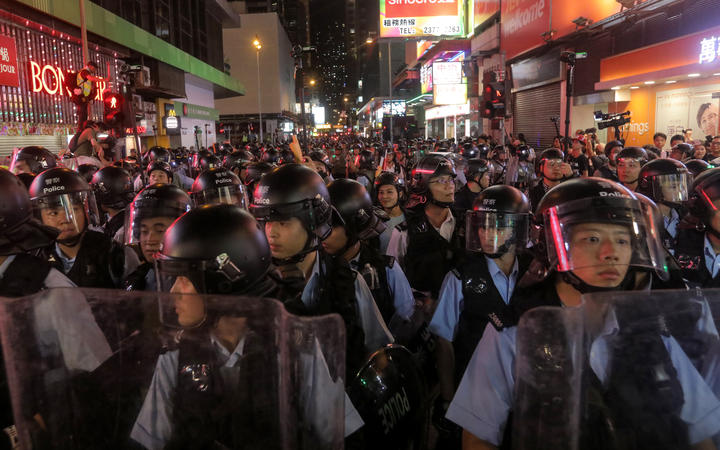 Police gather as they face protesters in the Mong Kok district in Kowloon after taking part in a march to the West Kowloon rail terminus. Photo: AFP

In a bid to attract attention from mainland tourists, demonstrators were heard chanting in Mandarin instead of Cantonese, the language used in Hong Kong.

Banners were also written in simplified Chinese - the script used in mainland China - instead of traditional characters.

At one location, protesters could be heard singing the Chinese national anthem in a bid to attract attention from tourists.

Eddison Ng, an 18-year-old demonstrator told AFP news agency: "We want to show tourists, including mainland China tourists, what is happening in Hong Kong and we hope they can take this concept back to China."

Protest organisers say 230,000 people took part in the march, while the police said 56,000 were present at the protest's peak. 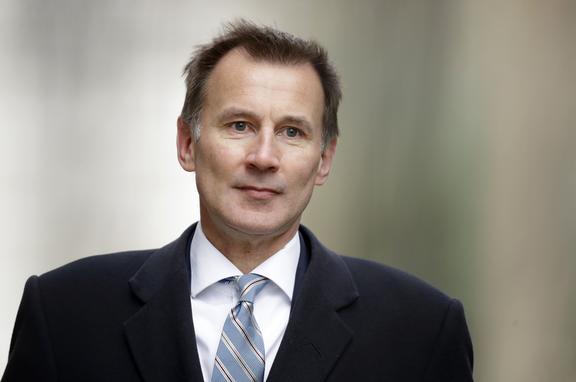 UK Foreign Secretary Jeremy Hunt reiterated on Thursday that China must honour Hong Kong's high level of autonomy from Beijing - as agreed in the 1984 treaty signed by the UK and Chinese governments.

He warned the Chinese government that it could face "serious consequences" over its treatment of protesters.

During an unauthorised protest on 12 June, police used rubber bullets, beanbag shots and 150 canisters of tear gas against demonstrators.

On Sunday, China's ambassador to the UK said that China rejected the "Cold War mentality" from some British politicians over Hong Kong.

Appearing on the BBC's Andrew Marr show, Liu Xiaoming said he had the confidence in Hong Kong to handle the situation and that it was the British government who had interfered in the city's internal affairs.