Sudan's military leaders have reached an agreement with the opposition alliance to share power until elections can be held, mediators say. 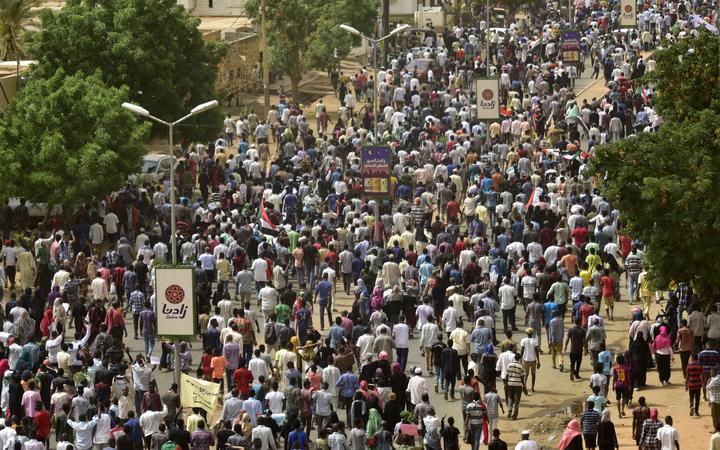 Sudanese protesters march in a mass demonstration against the country's ruling generals in the capital Khartoum's twin city of Omdurman. Photo: AFP or licensors

The two sides agreed to rotate control of the sovereign council - the top tier of power - for at least three years.

They have also pledged to form an independent technocratic government and to investigate the violence of recent weeks, the African Union (AU) said.

Sudan has been in turmoil since the military ousted President Omar al-Bashir in April.

That followed a popular uprising against Mr Bashir, who seized power in a coup in June 1989.

China is deliberately separating Muslim children from their families, faith and language in its far western region of Xinjiang, according to new research.

At the same time as hundreds of thousands of adults are being detained in giant camps, a rapid, large-scale campaign to build boarding schools is under way.

Based on publicly available documents, and backed up by dozens of interviews with family members overseas, the BBC has gathered some of the most comprehensive evidence to date about what is happening to children in the region.

Records show that in one township alone, more than 400 children have lost not just one but both parents to some form of internment, either in the camps or in prison.

Formal assessments are carried out to determine whether the children are in need of "centralised care".

Alongside the efforts to transform the identity of Xinjiang's adults, the evidence points to a parallel campaign to systematically remove children from their roots. 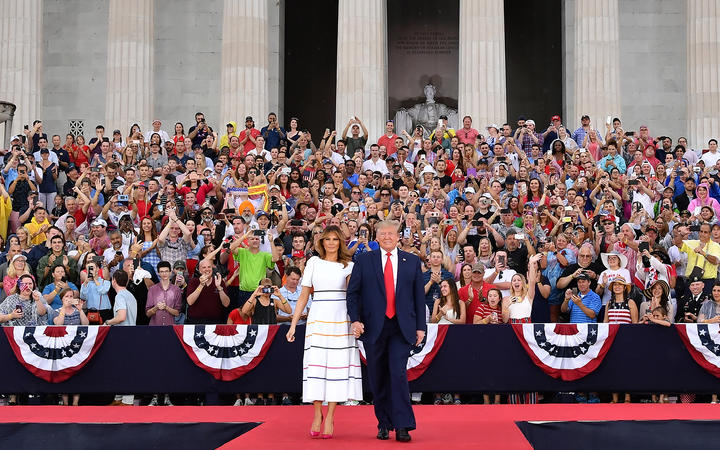 US President Donald Trump and First Lady Melania Trump arrive to the "Salute to America" Fourth of July event at the Lincoln Memorial in Washington, DC. Photo: Mandel Ngan/ AFP

With US fighter jets flying overhead, President Donald Trump praised the military and reveled in a show of pomp and patriotism in a celebration of Independence Day that critics accused him of turning into a political event.

Mr Trump, who was inspired to stage the flashy affair after seeing a similar display in France, dismissed concerns ahead of the ceremony about the expense and militaristic overtones of the event outside the 97-year-old Lincoln Memorial, a symbol of national unity.

"Our nation is stronger today than it ever was before. It is its strongest now," Mr Trump said, from a platform in front of the famous memorial, echoing a theme he uses at campaign rallies.

Flanked by Bradley fighting vehicles, Mr Trump otherwise steered clear of divisive political rhetoric, in a departure from the majority of his speeches.

At times, an enthusiastic crowd could be heard chanting: "USA! USA! USA!"

The president praised American military might, despite having himself avoided the draft during the Vietnam War with bone spurs in his feet.

With well-planned choreography, he told stories about each military branch before separate, dramatic flyovers of their respective military aircraft. 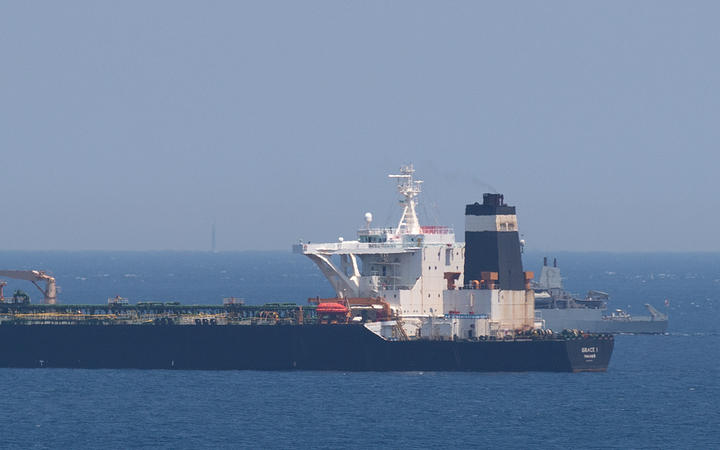 Iran has summoned the British ambassador over the seizure of a supertanker believed to be breaching European Union sanctions by carrying a shipment of Tehran's crude oil to war-ravaged Syria.

The Grace 1 supertanker was boarded by Royal Marines off Gibraltar, the British territory at the entrance to the Mediterranean.

The UK said it was stopped for breaching longstanding European sanctions on Syria, but Spain's government said the ship was stopped at the request of the United States, which has imposed sanctions on Iranian oil exports. 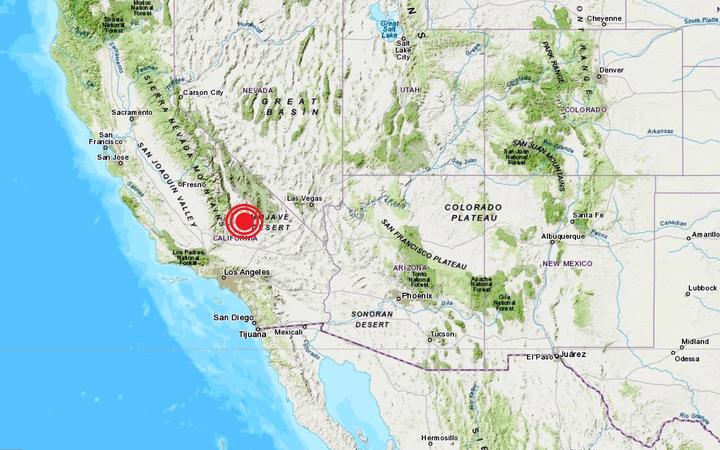 A powerful earthquake jolted Southern California on Thursday, touching off fires, damaging buildings and forcing the evacuation of a hospital in a desert town northeast of Los Angeles.

There were only minor injuries.

The 6.4 magnitude quake, the most powerful in Southern California in 25 years, struck about 182 km northeast of Los Angeles near the city of Ridgecrest at around 10.30am.

The quake's epicenter was on the edge of Death Valley National Park, and it was felt as far south as Mexicali on the southern border, and as far east as Phoenix, in Arizona.