Queensland drivers who use their mobile phones behind the wheel may soon be hit with a hefty on-the-spot fine, and on a second offence risk losing their licence. 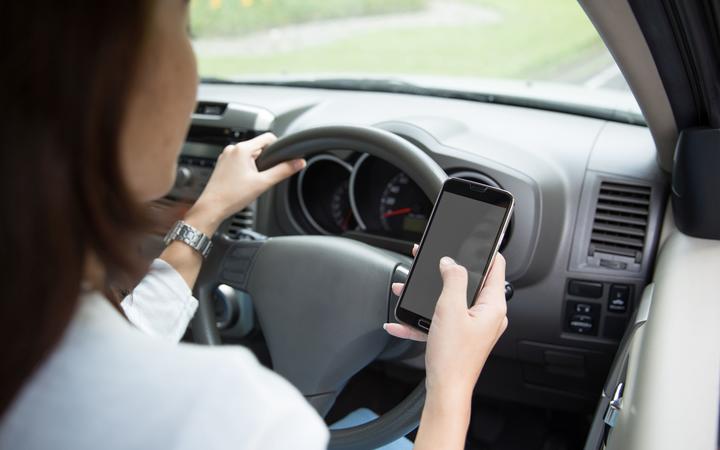 The Queensland government's planned crackdown on distracted drivers would introduce a $A1000 ($NZ1045) on-the-spot penalty - more than double the current fine of $400.

Those caught for the same offence a second time could be stripped of their licence altogether.

Queensland Transport Minister Mark Bailey said the measures were necessary to deal with the scourge of distracted driving.

"I think increasing the value of the fine to $1000 for distracted driving and similar offences will deter this dangerous behaviour," he said.

The penalty in New Zealand is an $80 fine and 20 demerit points.

The Queensland government said it had been reviewing penalties for a range of driving offences after the deaths of 40 people on Queensland roads over the last two months.

Mr Bailey said research had shown distracted driving was as dangerous as drink-driving.

He said 38 people were killed and 1224 hospitalised by distracted drivers on Queensland's roads in 2017. "Families and the wider community forever pay the price for that decision to check social media or read a text," Mr Bailey said.

Royal Automobile Club Queensland (RACQ) spokesperson Paul Turner warned increased fines and the threat of a cancelled licence would only go part of the way to changing driver behaviour.

"The biggest problem with distracted driving is many drivers think they can get away with it because they're good drivers and also no-one's going to catch them," he said.

"So fines could be $1 million but if a motorist doesn't believe they're going to get caught then those fines are irrelevant.

"What we need to do is match the fines with dedicated behaviour by other organisations like the Queensland police.

"We know the police are on this issue. We know they're frustrated as well but they probably need to be given the tools to actually tackle distracted driving and the best way to do that is more visible police on our roads."

He said stripping people of their licence is a very serious step. "We do do it obviously with very high speed offences and with drink driving, but 'one offence and then out' in this situation may seem a little harsh," Mr Turner said.

Premier Annastacia Palaszczuk said too many people were dying from "senseless distraction".

"Fatal crashes from mobile phone use just horrify me," she said.

"Looking at your phone while driving or sending a quick text behind the wheel is something sadly the majority of drivers will own up to having done.

"Everyone knows it's dangerous but it's too easy for people to do it."

Mr Bailey said tools to block the use of mobiles being used while driving could also play a part in stopping deaths.

"Over the past few months, our government has led a conversation with vehicle manufacturers, technology companies, insurers, telecommunications companies, academics, legal professionals and other stakeholders to discuss solutions to distracted driving.

"Time is overdue for us to get this right - all our lives depend on it," he said.