A ship carrying 69 containers of waste mislabelled as plastic recyclables returned to Canada today from the Philippines, ending a dispute that sparked a diplomatic furore between Ottawa and Manila. 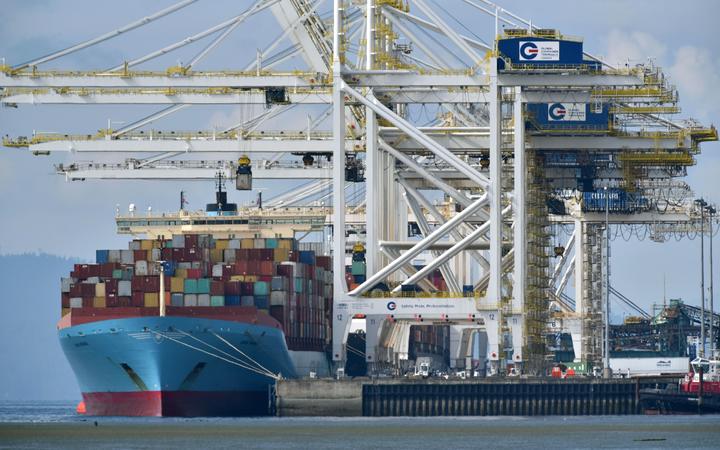 The Anna Maersk arrives at Deltaport in Tsawwassen, British Columbia where 69 containers of rubbish were due to be unloaded. Photo: AFP

The shipment was taken off the container ship Anna Maersk docked close to Tsawwassen Ferry Terminal and arrived at GCT Deltaport in Delta, British Columbia, part of Greater Vancouver, GCT said in a statement.

Sarah Lusk, Metro Vancouver spokeswoman, said the waste would be sent to a Waste-to-Energy facility in Burnaby where it will be incinerated, but added that there was "uncertainty with respect to timing" and the facility may not receive the waste over the weekend.

The waste containers became part of a diplomatic dispute between Manila and Ottawa, as the Philippine President Rodrigo Duterte threatened Canada with war and withdrew top diplomats from Canada after Canada missed a 15 May deadline to take back the waste. 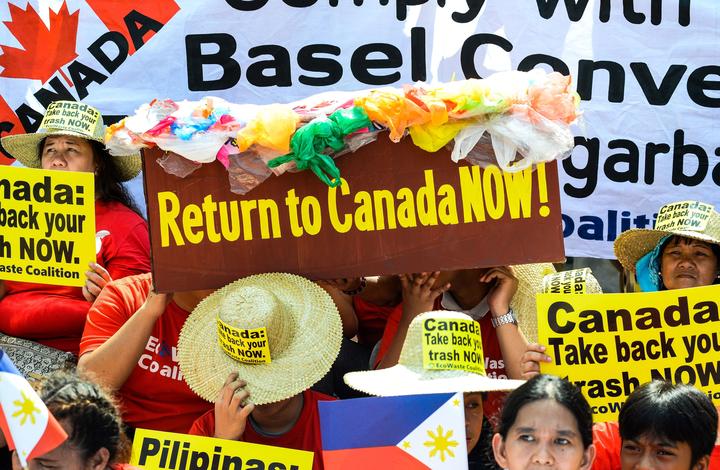 Activists demonstrate outside the Canadian embassy in Manila protesting about the Canadian government's long delay in taking back the garbage. Photo: AFP

The waste was shipped to the Philippines in 2013 and 2014 and mislabelled as recyclable plastics. Instead, it was filled with garbage including used diapers and newspapers. A Philippine court ruled in 2016 that it be returned.

Canada made arrangements in late May to accept the containers and said they hired Bollore Logistics Canada to safely bring them back as soon as possible.

Waste disposal has emerged as a topic of political dispute between Southeast Asian countries and the developed world, with Malaysia in May becoming the latest to demand nations such as the United States, Japan, France, Canada, Australia and Britain take back 3000 tonnes of plastic waste.

The government department Environment and Climate Change Canada told Reuters earlier this month that the government was in talks with Malaysia to recover the plastic waste that originated from Canada. 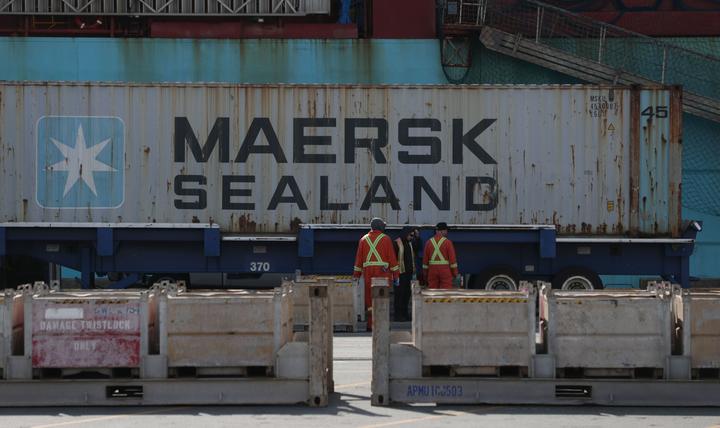 Workers at the wharf begin the job of unloading the containers. Photo: AFP