US President Donald Trump has appeared to make light of Russian election interference during a meeting with the country's leader, Vladimir Putin. 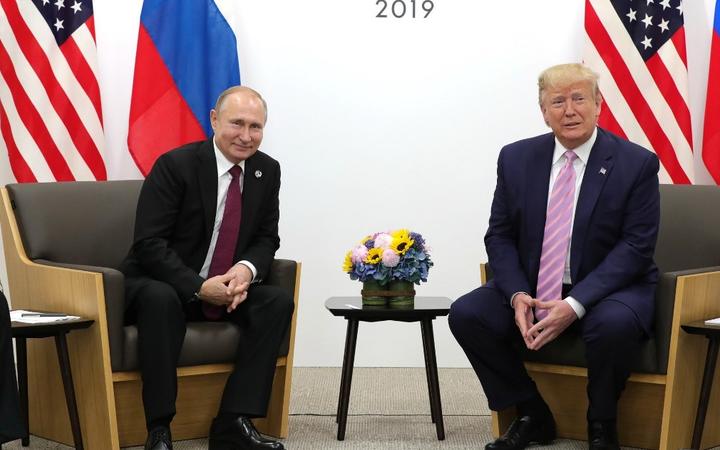 A smirking Mr Trump wagged his finger at the Russian president and said: "Don't meddle in the election, please."

The pair were holding talks on the sidelines of the G20 summit in Japan.

It was their first meeting since Robert Mueller concluded his investigation into alleged Russian interference in the 2016 US presidential election.

United States intelligence agencies concluded that Russia was behind an effort to influence the presidential election with a state-authorised campaign of cyber-attacks and fake news stories planted on social media.

Special counsel Mueller's report said it had not established that the Trump campaign criminally conspired with Russia to influence the election, although it did not exonerate the president of obstruction of justice.

Mr Trump also derided journalists, saying "get rid of them" and telling Mr Putin he didn't have such a problem in Russia.

But the Russian leader said it was the same in his country.

Twenty-six journalists have been murdered in Russia since Vladimir Putin first became president, many of them investigative reporters scrutinising governmental abuses.

The G20 is an annual meeting of leaders from the countries with the largest and fastest-growing economies - and this year is likely to see differences of opinion over climate change, Iran, protectionism and global trade, as well as a host of bilateral meetings between leaders.

Mr Putin smiled as the US president delivered his light-hearted reprimand on election interference.

But he was reserved ahead of the G20 talks with his American counterpart, only commenting that the pair had "things to discuss".

However, in a wide-ranging interview with the Financial Times, published today, he offered his thoughts on both global and domestic politics.

He said liberalism was "obsolete", and praised the rise of populism both in Europe and the US. He also described Mr Trump as a "talented person" who knew how to relate to voters.

"It's a great honour to be with President Putin," Mr Trump said at the outset of the talks on Friday. "We have a very, very good relationship."

On Wednesday, in comments made outside the White House, he refused to disclose what he was planning to discuss with the Russian leader. "What I say to him is none of your business," he told reporters, bluntly.

What else is happening at the G20?

The meeting between the two leaders, their first since a summit in Helsinki last July, came at the start of an eagerly awaited G20 summit in Osaka.

Scheduled meetings and set-piece events can often be overshadowed by the many bilateral talks, such as this, that happen on the sidelines.

As well as his meeting with the US president, Mr Putin also met UK Prime Minister Theresa May.

The Kremlin has denied any involvement in the attack. 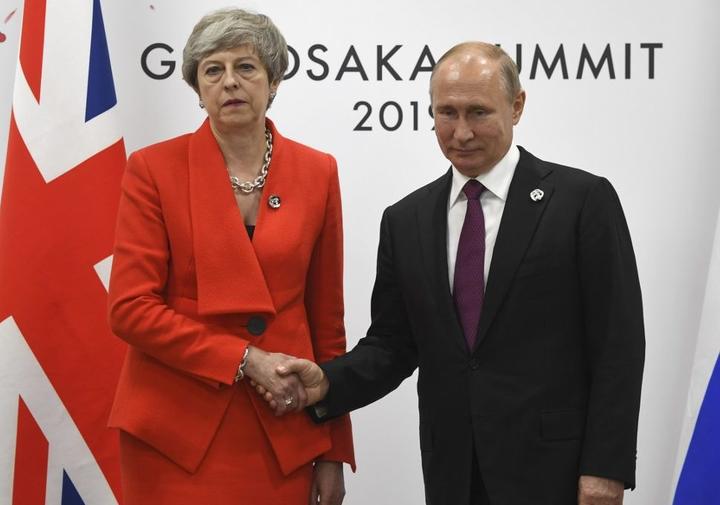