Greece's Acropolis Museum has opened an excavation site underneath its modern building, allowing visitors for the first time to walk through an ancient Athenian neighbourhood that survived from the Classical era to Byzantine times. 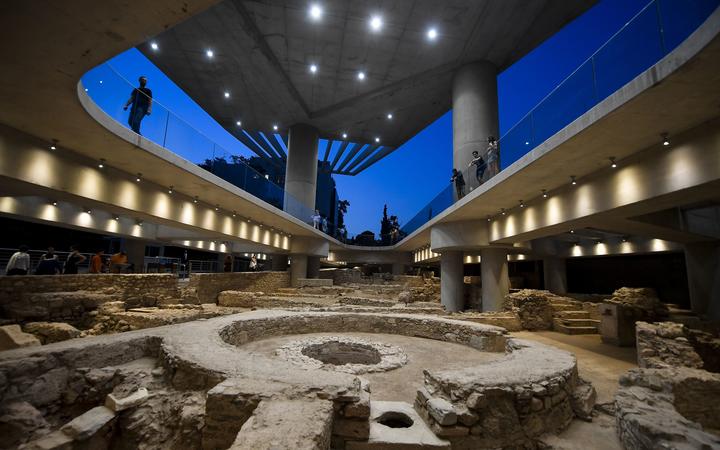 People visit a new section housing the remains of an ancient Athens neighbourhood beneath the Acropolis Museum in Athens, on its opening day today. Photo: AFP

The museum, which sits at the foot of the Acropolis hill in Athens, houses masterpiece sculptures of Greek antiquity, including works from the Parthenon, one of the most influential buildings in Western civilisation.

"Visitors can come down and see ancient ruins of the city of Athens, especially in the area south of the Acropolis," Acropolis Museum director Dimitris Pantermalis said.

"We hope to also present the movable finds of the excavation soon, to give a picture of the daily life of ancient Athens." 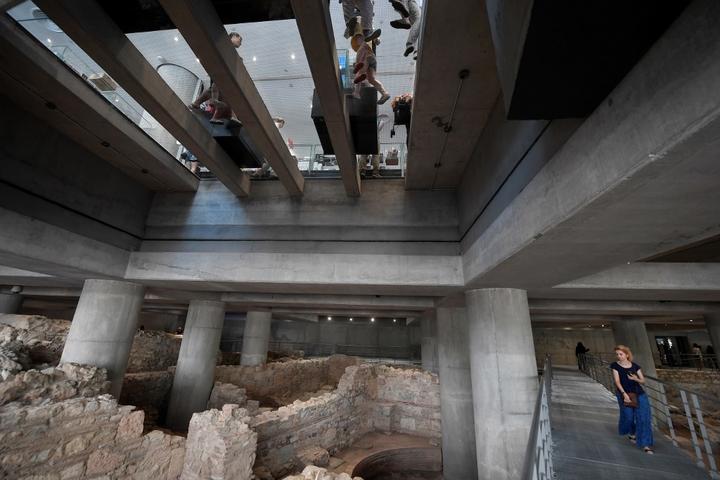 Below the museum's base which floats on concrete pillars, lies a neighbourhood of excavated homes, workshops, baths, streets and drainage trenches, uncovered during works to build the museum.

Walking through the site along metal ramps, visitors can see the baths of lavish mansions, which at the time included chambers where bathers could warm up before taking a dip in heated pools.

One of the highlights is the home of a wealthy Athenian, dating back to the sixth century AD.

"It was fascinating, an amazing experience," said Carl Hoover, 63, a visitor from Colorado. He said he was most impressed by the mosaic floor and the sophisticated pipes and drainage systems. 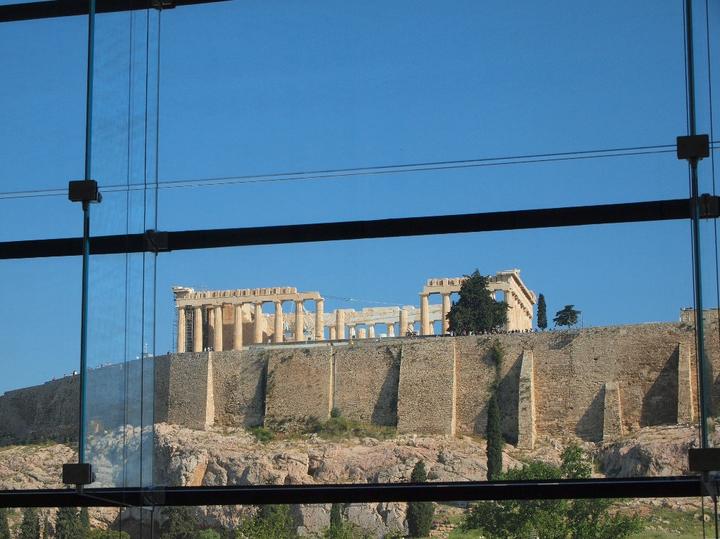 Designed by architect Bernard Tschumi with a view to reflect the mathematical and conceptual clarity of ancient Greece, the Acropolis Museum has attracted more than 14 million visitors since it opened its doors 10 years ago.

Greece has repeatedly called on Britain to release the Parthenon marbles currently housed at its national museum, recently upping the rhetoric in a near 200-year-old campaign for the sculptures' return.