A Trump administration lawyer has disputed in court whether detained migrant children are entitled to toothbrushes and soap. 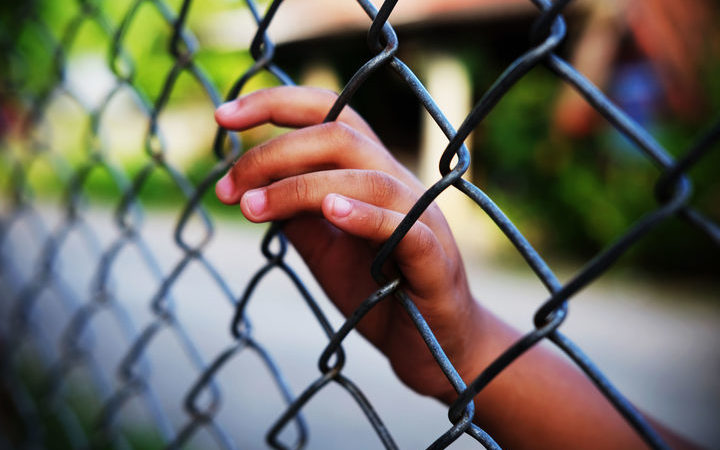 In July 2017 a judge found the Trump administration had breached the 1997 Flores agreement by not providing migrant children with appropriate food or hygienic supplies and housing them in cold facilities without beds. Photo: 123RF

The Department of Justice argued the government was adhering to a landmark ruling requiring migrants to be kept in "safe and sanitary" facilities.

The attorney pointed out the law did not mention soap.

But a panel of judges in California questioned the rationale, saying the children were sleeping on concrete.

In July 2017, US District Judge Dolly Gee found the Trump administration had breached the 1997 Flores agreement by not providing migrant children with appropriate food or hygienic supplies, housing them in cold facilities without beds.

The agreement states that immigrant children cannot be held for more than 20 days and must be provided with food, water, emergency medical care and toilets.

But Department of Justice lawyer Sarah Fabian argued on Tuesday that the federal government had not violated Flores.

Ms Fabian maintained in a Ninth Circuit court in San Francisco that the government had fulfilled the Flores agreement because it did not specifically list items such as soap or toothbrushes.

"One has to assume it was left that way and not enumerated by the parties because either the parties couldn't reach agreement on how to enumerate that or it was left to the agencies to determine," she said, Courthouse News reported.

"These are the challenges of interpreting a very old agreement."

Ms Fabian argued that children in shorter-term immigration detention did not require soap or toothbrushes.

"Are you arguing seriously that you do not read the agreement as requiring you to do anything other than what I just described: Cold all night long, lights on all night long, sleeping on concrete and you've got an aluminium foil blanket?"

He added that it was "inconceivable" that the government would describe those conditions as "safe and sanitary".

Ms Fabian agreed "there's fair reason to find that those things may be part of safe and sanitary" conditions, but said the Flores agreement was "vague".

Ms Ocasio-Cortez said on Instagram on Monday: "The fact that concentrations camps are now an institutionalised practice in the Home of the Free is extraordinarily disturbing and we need to do something about it."

DHS ripped 1000s of children from their parents & put them in cages w inhumane conditions.

I will never apologize for calling these camps what they are.

If that makes you uncomfortable, fight the camps - not the nomenclature. https://t.co/eJpJWeYiot

The New York Democrat emphasised that she was not comparing them to Nazi death camps.

She likened them instead to US Japanese internment camps during World War Two.

Ms Ocasio-Cortez was supported by actor George Takei, who was sent to such a camp with his family.

Acting Director of Immigrations and Customs Enforcement (ICE) Mark Morgan criticised this characterisation of the centres as "completely inappropriate", "reckless" and "flat out wrong".

Republican congresswoman Liz Cheney of Wyoming also lashed out at Ms Ocasio-Cortez, saying the comparison was demeaning to Holocaust victims.

Ms Ocasio-Cortez fired back by asking: "What do YOU call building mass camps of people being detained without a trial?"

Thousands of Central American migrants have been seeking asylum in the US, fleeing extreme poverty and insecurity.

Border Patrol stations have become overcrowded and temporary shelters have been created in states such as Texas.

This month, the US reached an agreement with Mexico to help stem the flow of migrants by deploying Mexican National Guard troops to border regions.