Tory leadershp rivals clash ahead of third round of voting

Tory leadership rivals have clashed in a live BBC TV debate on whether the UK can leave the EU, no matter what, by the 31 October deadline. 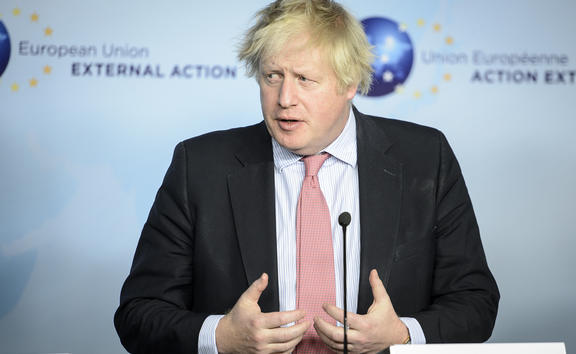 Asked for a guarantee he would do this, Boris Johnson described the deadline as "eminently feasible".

Rory Stewart accused his colleagues of lacking realism - of "staring at the wall and saying 'believe in Britain'".

The candidates, who faced questions from members of the public on issues ranging from climate change to Islamophobia, also disagreed over whether to prioritise tax cuts or increased spending on public services after the UK leaves the EU.

Mr Johnson, the frontrunner in the contest, was taking part in his first debate of the campaign after he skipped an earlier encounter on the UK's Channel 4.

The third round of voting will take place overnight NZ time.

The MP with the lowest number of votes will be out of the race.

Trump kicks off 2020 bid for re-election

At a packed rally at an arena in Orlando, Florida, Mr Trump made clear he would run for re-election as an outsider, just as he did in 2016.

"Together we stared down a broken political establishment and we restored government by and for the people," Mr Trump said. "As long as you keep this team in place, we have a tremendous way to go. Our future has never looked brighter or sharper."

Mr Trump said his Democratic challengers would radically change the United States and seek to legalise migrants coming across the southern border so they could vote and boost the Democratic political base.

Two dozen Democrats are competing for their party's nomination to face off against Mr Trump in the November 2020 election. Many of the top Democrats lead Mr Trump in opinion polls in battleground states.

German Chancellor Angela Merkel has assured reporters she is fine after she appeared unsteady, and visibly shaking while greeting the new Ukrainian leader in the hot sun in Berlin.

In footage which has gone viral, Mrs Merkel is seen shaking heavily as she stood in 28 degree Celsius heat as a military band played the countries' anthems.

German Chancellor Angela Merkel says she's fine, after she was seen shaking as she greeted Ukraine's president on a boiling day in Berlin

Following the anthems, she appeared better and walked into the Chancellery.

She later told reporters she had not drunk enough water.

German media say it's not the first time Ms Merkel has become unwell due to not drinking water.

Lawmakers in the US have asked Facebook to stop the development of its new currency until Congress and regulators can review it.

The social media giant has unveiled plans for a new currency called Libra, which will be officially launched on its apps next year.

It hopes it will redefine financial transactions around the world.

But both Republicans and Democrats on the House Financial Services Committee have expressed concern that Facebook is already too careless with people's privacy and they want executives to testify before Congress on the product.

An elderly woman is in a serious condition in hospital after a road accident involving the Duke and Duchess of Cambridge's police escort in London.

Prince William and Kate were travelling from London to Windsor yesterday when the 83-year old woman was injured.

The accident involved a marked police motorbike in the convoy, and the police watchdog is now investigating.

Kensington Palace said the royal couple are "deeply concerned and saddened" and have been in touch with the woman.

She is now in a serious but stable condition in hospital.